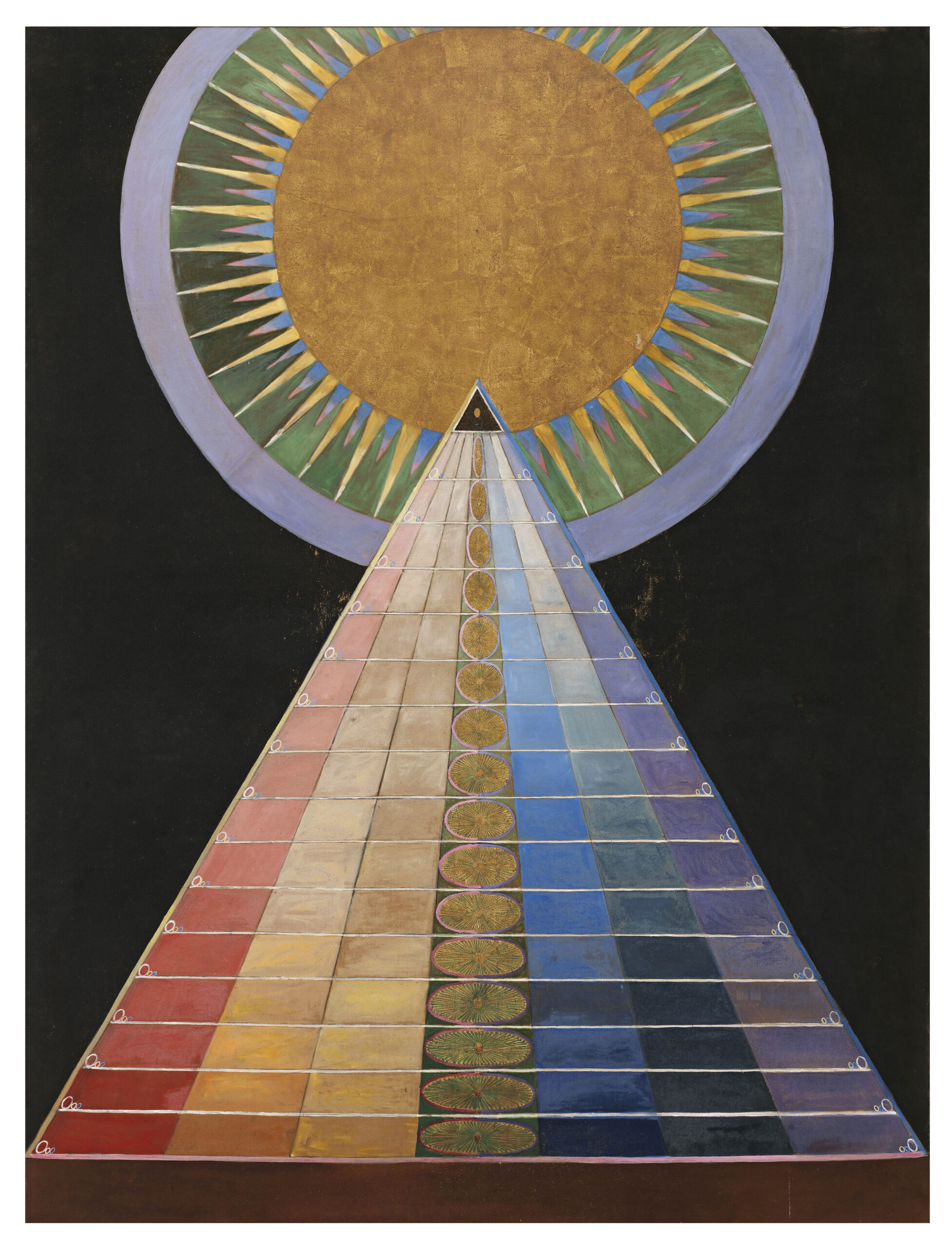 You may know by now that the Fleisher Collection is the world’s largest lending library of orchestral material. So you might guess that we lend out lots of music by the world’s big orchestral names—Beethoven, Mozart, Brahms, Tchaikovsky, Dvořák—and you’d be right. So wouldn’t you be surprised if I told you the composers of the four most-circulated pieces in the last fiscal year were none of these?

How about Lili Boulanger, Florence Price, and Fanny Mendelssohn? That’s right, one small item on the big list of many things Gary Galván does is to keep track of all these statistics, and the four most-circulated works in the Fleisher Collection were all by women composers. And two of those titles are in modern Fleisher Collection editions.

It’s a remarkable accomplishment, and speaks to Fleisher’s continuing leadership in the world of orchestral music, in getting the word out about these under-represented works. It also opens a window onto the increased acceptance of the musical world to women composers, as more and more orchestras are delighting their audiences with new music of all kinds—either brand-new pieces or works that may be decades or centuries old but heard for the first time—because of the work of the Fleisher Collection.

Our two works today fit both of these categories. Two women composers, one writing now, and one with a work from almost 100 years ago. Molly Kien’s Pyramid from 2013 is coming up, but we’ll begin with Priscilla Alden Beach and City Trees from 1928.

Priscilla Alden Beach’s name sounds as if she could have walked off of the Mayflower, and in fact, she is descended from John Alden, the ship’s cooper who married fellow passenger Priscilla Mullins; Priscilla and John Alden were one of the first marriages from that group in the New World. So our Priscilla is therefore related to another composer who’s turned up on Fleisher Discoveries, John Alden Carpenter, composer of Krazy Kat and Adventures in a Perambulator. He’s also descended from those Mayflower lovebirds. I couldn’t find out if Priscilla Alden Beach is also related to composer Amy Beach by marriage, but if there are any budding genealogists listening, let me know and I’ll pass the information along.

Rome, New York was where Priscilla Alden Beach grew up, her father the president of a bank and a lumber company there. After graduating from Smith College she went in 1924 to the three-year-old Eastman School of Music in Rochester for her master’s in composition. She was soon working up a piano piece, City Trees, for the school’s orchestra, conducted by the young Howard Hanson, already a champion for new and American music. He conducted the premiere in 1928.

But after that, there isn’t much more we can say about the music of Priscilla Alden Beach, unfortunately. She did write music for a series at the New York Museum of Modern Art on silent film, but that music is lost. She wrote songs for radio evangelist John Hosford Hickey in Los Angeles, with whom she also co-authored two books, Know Your Cat and King Tut and His Friends, the Story of a Remarkable Cat.

In the 1940s she wrote the Fleisher Collection, asking us to change her name in the City Trees cataloging from Priscilla Alden Beach to Alden Beach. We don’t know if that was to have a male-sounding name help her music career, but those cat books from the 1950s use the full Priscilla Alden Beach. There was a legal scuffle in the ’60s where she sued for inheritance rights from the family lumber company, another one suing Johns Hopkins where she worked in its Physics Laboratory. She lost both.

Beach married a Henry Jacobs, and for a time worked at Shelton College in Cape May, N.J., the project of another radio preacher, Carl McIntire. Beach died in 1970, Shelton College is gone since the 1990s, but one unintended consequence of Carl McIntire’s settling on Cape May as a base of operations for his conference and radio work was his saving of some of the old and unique buildings of Cape May in the 1960s. Cape May’s resurgence to one of the most architecturally beautiful towns in the world today is due in some degree to his preservation efforts.

What a fascinating life did this Priscilla Alden Beach have.

Back to 1928 and City Trees. It’s all romantic reverie and well done for the 26-year-old composer, the depiction of emotions inspired by the respite of nature in the midst of a busy life. Reuben Blundell, doing such great work uncovering these little pockets of American music for us, conducts the Lansdowne Symphony Orchestra in City Trees by Priscilla Alden Beach.

The 1928 work by Priscilla Alden Beach is called City Trees, and the Lansdowne Symphony Orchestra was conducted by Reuben Blundell. I’m Kile Smith, and this is the Fleisher Discoveries podcast.

It was just before I joined the Fleisher Collection of Orchestral Music in 1981 that Fleisher established a relationship with the Swedish Music Information Center. We called it SMIC or, more properly, used the Swedish acronym STIM. STIM is the ASCAP or BMI of Sweden, so it licenses performance fees for its member composers, but more than that, it’s a library and clearinghouse, too. Like the Fleisher Collection, it produces and houses orchestral materials and so Fleisher became the North American agent for STIM. That is, STIM would send materials to Fleisher for North American performances, Fleisher would collect fees and pass them on to Sweden, and Fleisher would house the materials in its Philadelphia archives. It’s a great way for Swedish composers to have access to orchestras here. One of them is the greatly regarded Swedish composer Sven-David Sandström.

One of his students at Indiana University was American composer Molly Kien, born in Milwaukee. She now lives in Sweden since first going there to study in 2002, has won awards and been performed by major ensembles there, and is a member of STIM. So Molly Kien, by way of Milwaukee and Bloomington, Indiana and Stockholm is now on Fleisher Discoveries.

We’re going to hear her fascinating work, Pyramid, inspired by the pioneer of abstract painting in Sweden, Hilma af Klint, specifically, her Altarpiece No. 1, depicting a pyramid rising toward the sun. Hilma af Klint had a great interest in esotericism, which is kind of a catch-all term for mysticism, gnosticism, enchantments, and all things hidden from everyday knowledge. Molly Kien looks at the pyramid as a symbol that spans cultures, aspiring to our rising from the material to the spiritual world.

Kien molds the groups of instruments in Pyramid deftly as the musical landscape ascends the steps, the angles, and the colors up to the sun. It’s lovingly done and bears some emotional similarity, I think, to those yearnings of Priscilla Alden Beach’s City Trees, where the Other pierces the Familiar. It’s about 12 minutes long, so here is Pyramid by the American Swedish composer Molly Kien. The Västerås Symphony Orchestra is led by Eva Ollikainen.

This is Fleisher Discoveries, and I’m Kile Smith, and do write in and let me know how you’re enjoying Fleisher Discoveries. Where do you listen, and when? Email me, kile@kilesmith.com. Also find me on Facebook, and certainly find the Fleisher Collection on Facebook and leave a comment and a Like there. And check out all our podcasts! Last month’s show, on William Grant Still, has become our most-shared podcast yet, so thank you and let’s keep the good music going!