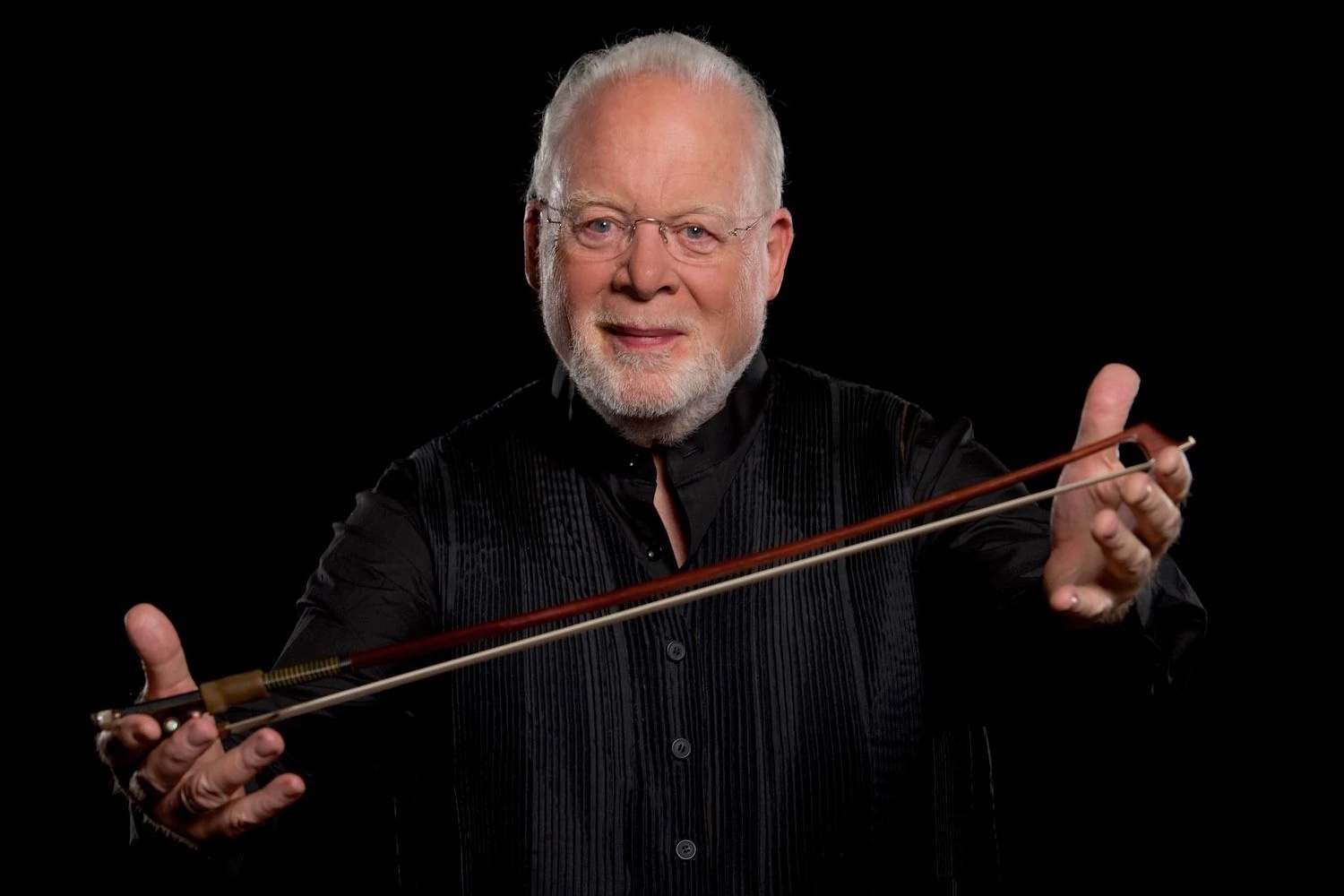 The classical music world this past month lost three men I’d like to honor today. One is a name nationally and internationally known since the 1960s. The second is someone whose influence, it could be argued, has been as profound and will be for as long, but who is known mostly to those working behind the scenes, and who I knew professionally. The third will be known only to a few, but I knew him personally for many years.

The cellist Lynn Harrell died on April 27th at age 76. The conductor David Daniels, music director of Michigan’s Warren Symphony Orchestra for 37 years and who authored and edited the great classical music resource Daniels’ Orchestral Music, passed away April 24th at age 86. And Sidney Grolnic, a composer and librarian at the Free Library of Philadelphia in both the Music Department and the Fleisher Collection of Orchestral Music, died on April 14th. He was 74.

Sid Grolnic’s day job, as I said, was music librarian at the Free Library of Philadelphia. My whole time at the Free Library was in the Fleisher Collection, which sits right next to the Music Department. Fleisher’s specialty is of course orchestral music, but there was always a close collaboration between the two rooms.

Sam Dennison, Fleisher curator from 1977 to 1988, had been a librarian in the Music Department. Fred Kent had been head of the Music Department before succeeding Sam as Fleisher curator, right before my taking over that job. And right around that time, because of city-wide staff cutbacks, the Music Department started sharing Sid Grolnic with us at the Fleisher Collection. He took over some of the duties of the assistant curator, which position was vacant because, well, that’s what I had been before moving up to curator. So Sid and I got to know each other very well, and fortunately, we liked each other!

We were both composers and we both loved books, so we had lots to talk about over coffee breaks or at lunch. Many of the books I read at this time were from Sid’s recommendations. He lived in Center City, so he went to many concerts and was an astute and generous listener.

Most of Sid’s work in Fleisher, sitting in for the vacant assistant curator position, was the day-to-day handling of music orders from orchestra librarians and conductors. So there was a lot of checking of schedules, checking of music, and writing up of orders. But he particularly loved, and really shined, in tackling arcane reference questions. Mostly the curator handles that work, but in a small office everybody has to do a little bit of everything, and I noticed immediately how he went the extra mile in figuring out a question.

Perhaps the conductor had heard a work and remembered some of the program notes but couldn’t remember the composer’s name—that sort of thing. Or there might be a question about an obscure marking in a score. This is where the best librarians show their mettle, digging into what would be an unimportant issue for most people, but which might be the most important snag to one person, the person who’s asking you. And Sid relished that.

I heard later from his wife that he especially enjoyed his time in the Fleisher Collection, and I believe it. We corresponded a little after our time there, and we would see each other at the occasional concert. I miss Sid Grolnic already. I and everyone at Fleisher, the Music Department, and the Free Library send our love to his family and to everyone who knew him.

On to the music. These are four pieces written by a great American composer, Victor Herbert. Born in Ireland and a world-class cellist, he came to the United States and stayed here, playing, conducting the Pittsburgh Symphony and his own orchestra, and, of course, composing. He was as big as they came in the early 1900s, known for operettas such as Babes in Toyland, Naughty Marietta, but also for straight classical music such as the opera Natoma and two wonderful cello concertos.

Sam Dennison took solo piano music Herbert wrote in 1900 and at the request of Lynn Harrell, arranged them for cello and string orchestra. Harrell had been hired when he was still a teenager by George Szell to join the Cleveland Orchestra but within a few years was touring internationally as a solo artist, and recording. A big man with a gorgeous cello sound, he personifies Victor Herbert himself, I’m imagining, in these loveliest of period pieces.

The transcription is expertly done by Sam Dennison. Lynn Harrell edited the cello solo and made these his own, performing them around the world—as he did also the Herbert concertos, especially the second, one of the finest in the literature.

[Victor Herbert. From Five Pieces for Cello and Strings]

Absolutely gorgeous performance by Lynn Harrell of music by Victor Herbert. That was Yesterthoughts, Punchinello, Ghazel, and The Mountain Brook, arranged by Sam Dennison and the cello part edited by Lynn Harrell. Sir Neville Marriner led the Academy of St. Martin in the Fields in this 1988 Decca recording, actually the same year Sam Dennison retired from the Fleisher Collection.

This special memorial Fleisher Discoveries is remembering Lynn Harrell and two other musicians who passed away just last month. We talked about Sidney Grolnic, whom I worked with at the Fleisher Collection, and before closing I want to add a word about someone else, a man who’s had and who will continue to have, a tremendous influence on the classical music world, the conductor and orchestral music researcher David Daniels.

As I said, David conducted for 37 years the Warren Symphony Orchestra in Michigan, from its founding in 1974 until he retired. He guest-conducted in Boston, Detroit, Illinois, South Carolina, and Venezuela, but he is most known as the creator and editor of Daniels’ Orchestral Music. Now that might sound kind of arcane to you if you aren’t in the classical music business, but until his book, there was never, in one place, all the information you’d need to program a piece for your orchestra. That is, where to find all the correct information, and I underline “correct,” about a symphony or concerto or suite that you’d need to have to figure out how long is it and how many players do you need, how many percussionists do you need. And so much else.

Sounds simple but it isn’t. There’s only one other place in the world where you can get most of that information, and that’s the catalog of the Fleisher Collection, and you can bet Dave used Fleisher a lot. That’s where I got to know him, his gentlemanly demeanor, his vast intelligence, and his always at-the-surface sense of humor.

He went the extra mile to inspect the scores themselves and not just look up references. We shipped dozens and dozens of scores to David Daniels over the years, he looked at them when we were at annual Conductors Guild conferences, and he made trips to Philadelphia, lists in hand, to dive into the orchestral scores. For every title in “the Daniels,” as librarians everywhere call it, Dave looked at the score himself.

With the rise of the internet, the Daniels also went online. His research and formatting were used, with his blessing, for other databases. And happily, Daniels’ Orchestral Music Online continues to grow and to help orchestra conductors, librarians, and management worldwide. Thank you, David Daniels, and also Sid Grolnic and Lynn Harrell, for all you meant to classical music and to me. May you rest in peace.