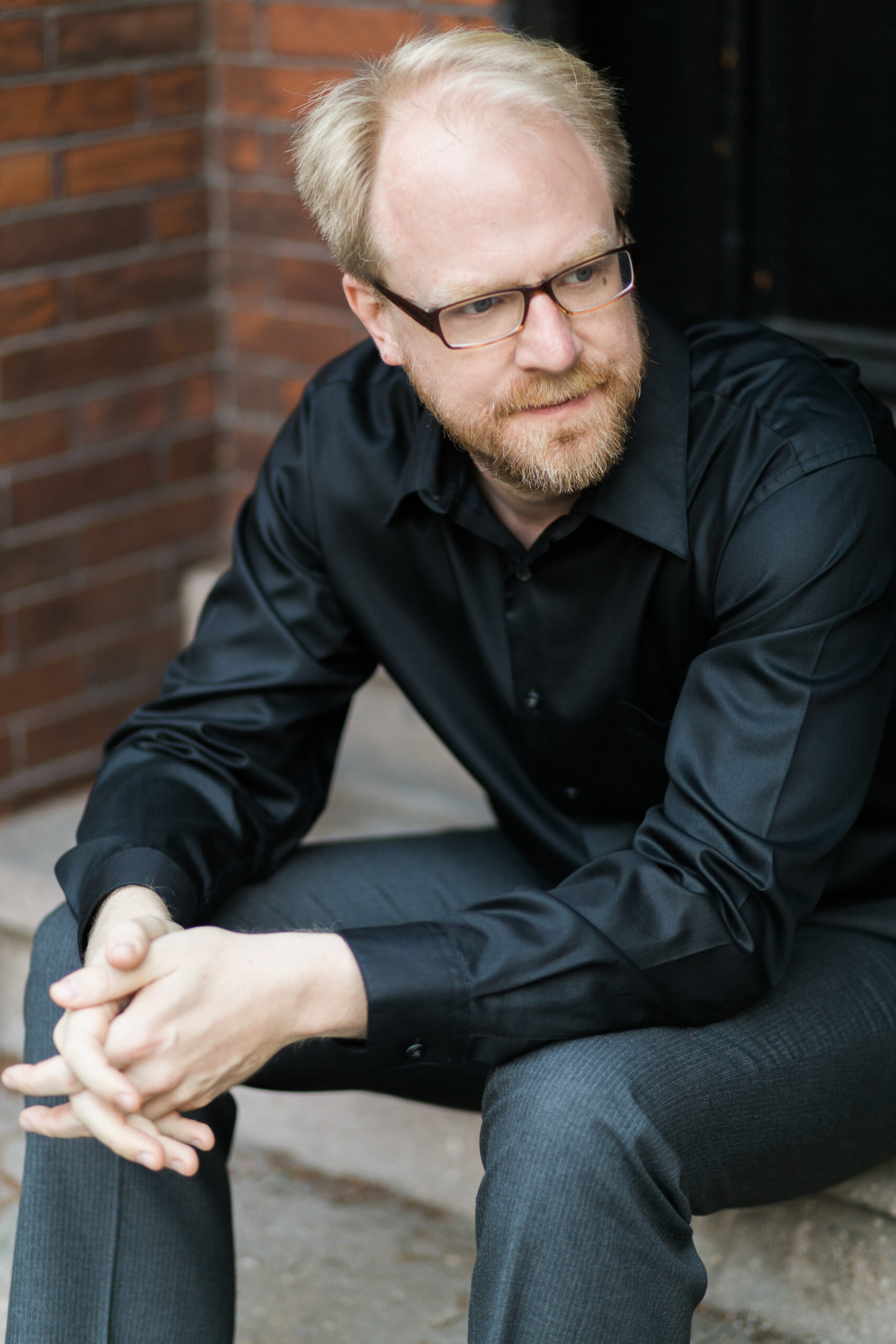 Because of the “Discoveries” in the title, we don’t usually play pieces from the standard repertoire. It isn’t a rule, and we do break it from time to time if there’s an interesting angle to the music we’d like to convey, like when we played Schubert’s Great C major Symphony, the Ninth Symphony, a few months back, historically-informed performance on early instruments.

We do love to expose the music of lesser-known composers, such as—just to name a few from recent podcasts—Priscilla Alden Beach, Louis Gesensway, Ulysses Kay, and others, composers we think deserve a hearing. Again, you can check out all these previous podcasts.

So why don’t we play more of them? The reason is actually quite simple. Not many orchestral works by living composers in the Fleisher Collection are recorded. Finding something we can play on the air can be a challenge. We were happy to have brought Molly Kien’s music out on Fleisher Discoveries three months ago. And there are more to get to, as more composers are finding their way onto CDs.

One of those is Jeremy Gill. I know Jeremy from his Philadelphia days, when he was getting his doctorate in composition from the University of Pennsylvania, and he was soon bringing his scores to the Fleisher Collection. Since then his music has been taken on by many orchestras and conductors and festivals and recordings. Vocal music, chamber music, piano music, theatrical music all flow easily from him. He’s quite a fine pianist, and also studied the oboe. Players, critics, and audiences warm to the music of Jeremy Gill.

He’s living in Boston now, and here he’s met up with Gil Rose and the Boston Modern Orchestra Project, which in 2017 produced the CD in front of me. It has three works, the Serenada Concertante for oboe and orchestra, Notturno Concertante for clarinet and orchestra, and what we’re going to hear in a moment, Before the Wresting Tides, for piano, choir, vocal soloists, and orchestra.

The wresting in Before the Wresting Tides is spelled with a w, w-r-e-s-t-i-n-g. The poem used in this work is Hart Crane’s “Voyages II” (the Roman numeral II), but the title Jeremy actually concocted from another Hart Crane work, “Ave Maria.” That poem begins,

Be with me, Luis de San Angel, now —
Witness before the tides can wrest away
The word I bring, O you who reined my suit
Into the Queen’s great heart that doubtful day…

It’s Christopher Columbus speaking about Queen Isabella and his proposed voyage. “Voyages II,” however, is the poem Jeremy Gill set in Before the Wresting Tides. It’s in five stanzas, five lines each. Hart Crane lived from 1899 to 1932, and his language is rich—super-rich, overflowing with juicy consonances, assonances, inner references and tangents—not the easiest poetry to “get” at first hearing, but let’s give it a try. You can’t tell from the reading, but it begins with punctuation, that long hyphen, technically, the em-dash, which comes before the first word “And.” Here’s my attempt at “Voyages II” by Hart Crane:

—And yet this great wink of eternity,
Of rimless floods, unfettered leewardings,
Samite sheeted and processioned where
Her undinal vast belly moonward bends,
Laughing the wrapt inflections of our love;

Take this Sea, whose diapason knells
On scrolls of silver snowy sentences,
The sceptred terror of whose sessions rends
As her demeanors motion well or ill,
All but the pieties of lovers’ hands.

And onward, as bells off San Salvador
Salute the crocus lustres of the stars,
In these poinsettia meadows of her tides,—
Adagios of islands, O my Prodigal,
Complete the dark confessions her veins spell.

Mark how her turning shoulders wind the hours,
And hasten while her penniless rich palms
Pass superscription of bent foam and wave,—
Hasten, while they are true,—sleep, death, desire,
Close round one instant in one floating flower.

Bind us in time, O Seasons clear, and awe.
O minstrel galleons of Carib fire,
Bequeath us to no earthly shore until
Is answered in the vortex of our grave
The seal’s wide spindrift gaze toward paradise.

What rich and emotional imagery. Now, how to set this to music? And why solo piano with chorus and orchestra? Well, it may have occurred to you that these are the same forces Beethoven used for his Choral Fantasy, and that is exactly the reason.

Alan Harler, then the director of the Mendelssohn Club of Philadelphia, commissioned Gill for a companion piece to the Beethoven. So: the solo piano, the Beethoven-sized orchestra of pairs of woodwinds, trumpets, and horns, timpani, and strings, and also the vocal soloists.

Gill’s work begins with a long solo for the piano. I think of it as inhabiting that punctuation, that em-dash before the very first word, but in any case, it sets the scene wonderfully, before any voices come in. There’s more singing in Before the Wresting Tides than in the Beethoven Choral Fantasy, where the choir doesn’t come in until the very end of the piece.

Each stanza is a section. The choir sings stanzas 1, 3, and 5. The second stanza has soprano and tenor soloists, and stanza 4, the mezzo and bass soloists. The music swirls and clashes, is languid and calm, rising and falling, like the sea, like the emotional upheaval depicted, like Hart Crane’s own troubled life.

And it is filled with beauty. Jeremy Gill conducted the premiere himself, after Harler came down with a stomach bug and had to reluctantly demur, after having prepared the work. In this recording, the Marsh Chapel Choir of Boston University under Scott Allen Jarrett. The vocal soloists are soprano MaryRuth Lown, mezzo-soprano Kim Leeds, tenor Ethan DePuy, and bass Junhan Choi. Ching-Yun Hu is the pianist, and she also premiered the work with the Mendelssohn Club. And it’s the Boston Modern Orchestra Project, all conducted by Gil Rose. On Fleisher Discoveries, Before the Wresting Tides by Jeremy Gill.

[Jeremy Gill. Before the Wresting Tides]

Before the Wresting Tides by Jeremy Gill from 2012, a setting of the poem “Voyages II” by Hart Crane. Ching-Yun Hu was the pianist, the vocal soloists were soprano MaryRuth Lown, mezzo-soprano Kim Leeds, tenor Ethan DePuy, and bass Junhan Choi. The Marsh Chapel Choir of Boston University and the Boston Modern Orchestra Project were all conducted by Gil Rose.

And this is Fleisher Discoveries, and I’m Kile Smith. Write in and let me know how you’re enjoying Fleisher Discoveries. Check out all of them on SoundCloud and Spotify. Send me an email, kile@kilesmith.com. I’m on Facebook, and of course so is the Fleisher Collection of Orchestral Music. Look us up and leave a comment or a Like! So glad to have brought a new piece and a new recording from a living composer, one of the many whose works are in the Fleisher Collection.

I have to share something very special I received after last month’s program of Victor Herbert, where we remembered cellist Lynn Harrell, conductor and researcher David Daniels, and librarian Sidney Grolnic. Abigail, a daughter of Dave Daniels, wrote in to say, “Your kind words mean a great deal to us, and I know they would mean a great deal to Dad as well.” Well, that means a great deal to me, Abigail, and to everyone at the Fleisher Collection.