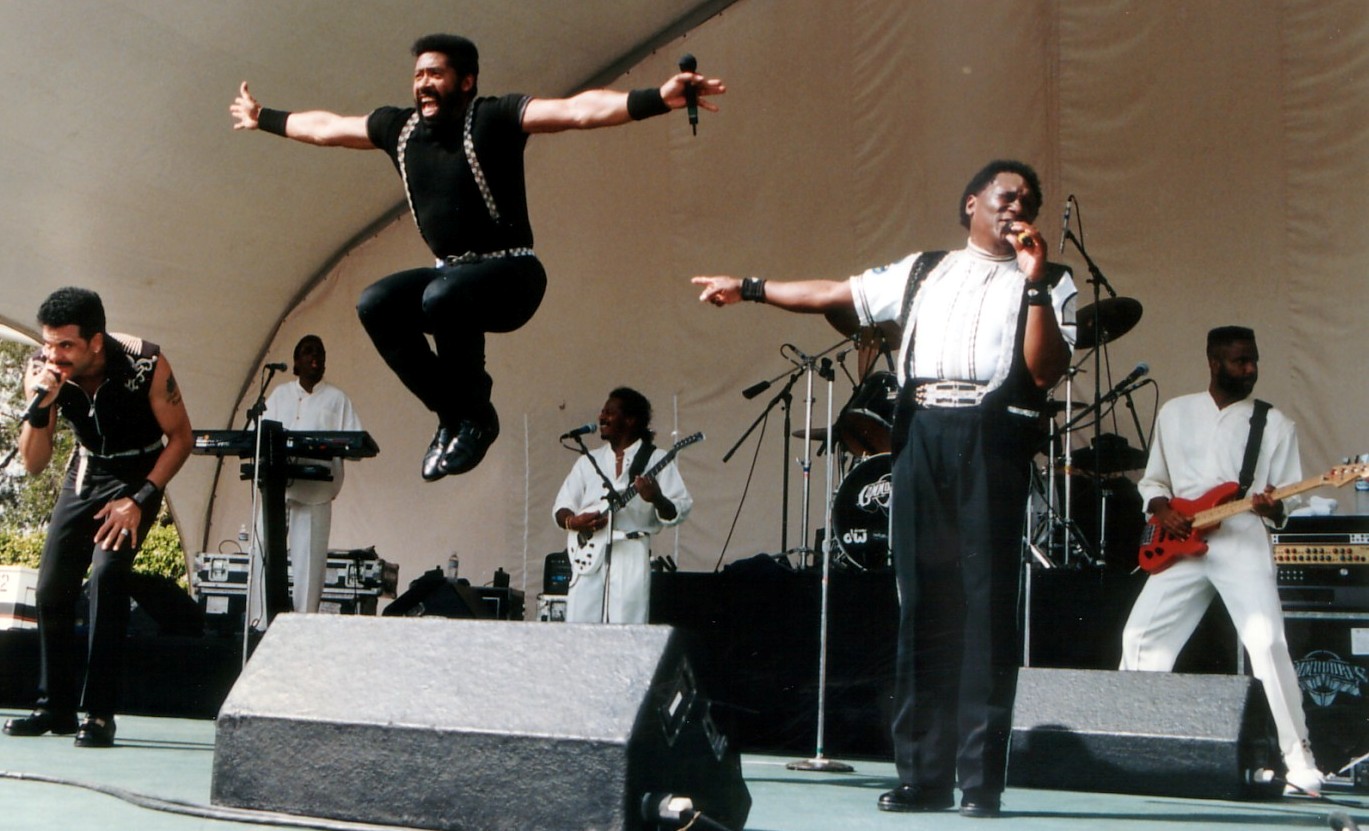 The Commodores (Photo by Carl Lender, via Wikimedia Commons)

[First published in the Broad Street Review 19 Oct 2020 and reprinted here by permission.]

Since I set a lot of words to a lot of music, I’m interested in how others do it, others including composers of the past, of the present—and pop songwriters. The music of my youth was largely 1960s and ’70s pop, and though I stopped soaking in it when classical music, college, marriage, and work came along, I still check in now and then.

But pop, since the advent of rock ‘n’ roll in the ’50s, doesn’t get too worked up over lyrics. Songwriters insist on mucking about in rhyme, but just getting close usually suffices. Syntax is only a passing interest: words are hackneyed or shoe-horned or both; punctuation is often missing in action. We’d sing the words wrong half the time, anyway, that’s how little they mattered.

In the classical tradition, music serves text, seeking to uncover layers of meaning and emotion. I look for heartfelt words and revelatory music that will elucidate them; pop works, so often, the other way ’round. Lyrics, with their attenuated poetics and often-muddled meaning, exist mainly as a delivery service for the music—meaning the tune, the hook, the beat.

And yet we composers, spending hours nudging our nuances around the staff, can forget that tunes and hooks and beats are, well, good. Mozart loved country dances, Brahms was sorry he didn’t write Strauss’s Blue Danube, Stravinsky tangoed. Before I wrote another piece—and with a deadline staring me down—I wanted to know why, given all my caveats, I was still drawn to pop. So I came up with my 10 favorite pop lyric settings.

Where words and music make art

Not favorite songs—that’d be a different list—nor great performances, which often have little relation to the sheet music. Brook Benton singing “Rainy Night in Georgia,” or give me Aretha, Elvis, Stevie Wonder, Freddie Mercury, or Chaka Khan, and at the top, Al Green’s phenomenal “Let’s Stay Together.”

It also isn’t favorite lyrics. For those, anything by Paul Simon would do. Nothing’s better than “The Mississippi Delta was shining like a National guitar” from “Graceland.” Or how about, according to Dylan Jones in his 2019 The Wichita Lineman, the greatest couplet ever: Jimmy Webb’s “And I need you more than want you, / And I want you for all time.”

But no, not favorite music or lyrics, but my top 10 pop lyric settings, where word and music combine, sometimes shockingly, into art.

“Brick House.” Commodores, 1977. Go ahead and laugh, but where “house” drops is a glory. “She’s a brick”: three even notes. Then you wait, and you wait, and then “house” explodes. In the studio, the Commodores improvised a groove. One of the band members took home the tape, played it for his wife, and she, Shirley Hanna-King, wrote the words. This is how pop lyrics are often born, after the music is created, and why, so often, syntax and rhyme feel like afterthoughts. But here, it’s a brick house.

“Crazy.” Gnarls Barkley, 2006. How about that, I know a song from this century. Herky-jerky repetitions sticking the landing on “Hahaha, bless your soul.” The is-he-crazy persona, defined.

7. By the time we got to Woodstock
We were half a million strong

“Woodstock.” Joni Mitchell, but the Crosby, Stills, Nash & Young recording, 1970. The gasping “time:- we:- got:- to:- Wood:- stock” is followed by a big breath, a run-up of “we were,” and then the jubilant “half.” Half? By goosing “half” (raising and lengthening it more than the surrounding words), it counterintuitively makes “million” even stronger. An astonishing moment.

6. Put on your red shoes and dance the blues

“Let’s Dance.” David Bowie, 1983. I wrote about this for BSR in my 2016 essay, “Three Things I Learned from David Bowie.” The biggest stress is on “and.” Many reasons to love this song; I love it all the more because of “and.”

5. And I could say ooh ooh ooh

“Diamonds on the Soles of Her Shoes.” Paul Simon, 1986. (Here I am again in BSR). A fairly Baroque line for pop. Why is it there? Because it’s the entire meaning of the song. “As if everybody knows / What I’m talking about.” We hear “ooh ooh ooh”—all spun out—and we know.

4. She’s got electric boots, a mohair suit
You know I read it in a magazine, ohh-oh

“Bennie and the Jets.” Elton John/Bernie Taupin, 1974. This music-biz satire/fan fantasy gains force by the accented, rising “electric boots,” then “mohair suit,” then the culminating, squealed “magazayeeeenoh-ohh-ohh”—a bouillon cube of the whole song. Truth be told, I never much liked “Bennie” then, but the more I consider it, the more I admit it’s quite ridiculously good.

3. But what a fool believes he sees
No wise man has the power to reason away
What seems to be
Is always better than nothing
And nothing at all keeps sending him

“What a Fool Believes.” The Doobie Brothers, Michael McDonald, 1979. How to set prose: (1) Embrace vowels. He stresses the long “e” in “believes,” “sees,” “seems,” and “be”—assonances, not botched rhymes. (2) Pick a destination and drive there. “Wise man” is the highest point and the hardest hit. (3) Surprise us. “And nothing at all” actually ends the refrain; “keeps sending him” spans to the next verse, “Somewhere back in her long ago.” Supple, gymnastic: bravo, Michael.

2. It’s you and me forever
Sara smile

“Sara Smile.” Hall & Oates, 1975. There’s so much to drool over in this R&B diamond, but it’s on this list—and this high—because I’d never think to elide “forever” with “Sara” and then breathe. Breathe…and smile. Genius.

1. And it’s true! It’s true! He sure is acquired a
cool and inspired sorta jazz when he walk
Where’s his jacket and his old blue jeans?

“Chuck E.’s in Love.” Rickie Lee Jones, 1979. Forget the excerpt; it’s the whole setting. Jack Kerouac writing for Annie Ross, a torrent of words, bouncing and random, jazz and country funk, scads of text but so relaxed, “And whatever it is” filleted into harmony, a story with a surprise, sweetness and sass, falling and falling backward into a feather-bed, natural and light as a meadow in the early evening, it is, of all things, a recitative, almost unknown in pop, and, frankly, pretty rare nowadays in classical vocal music, but here’s the test: Turn the music off, look at the words, and imagine trying howsoever to accommodate them—let alone uplift them—with music. Well, it doesn’t hurt to have a tune, a hook, a beat. Yes. Rickie Lee Jones at #1 is fine by me.

Now, to stare down that deadline.