Fleisher Discoveries: The Idea of America in the Ives Holidays Symphony 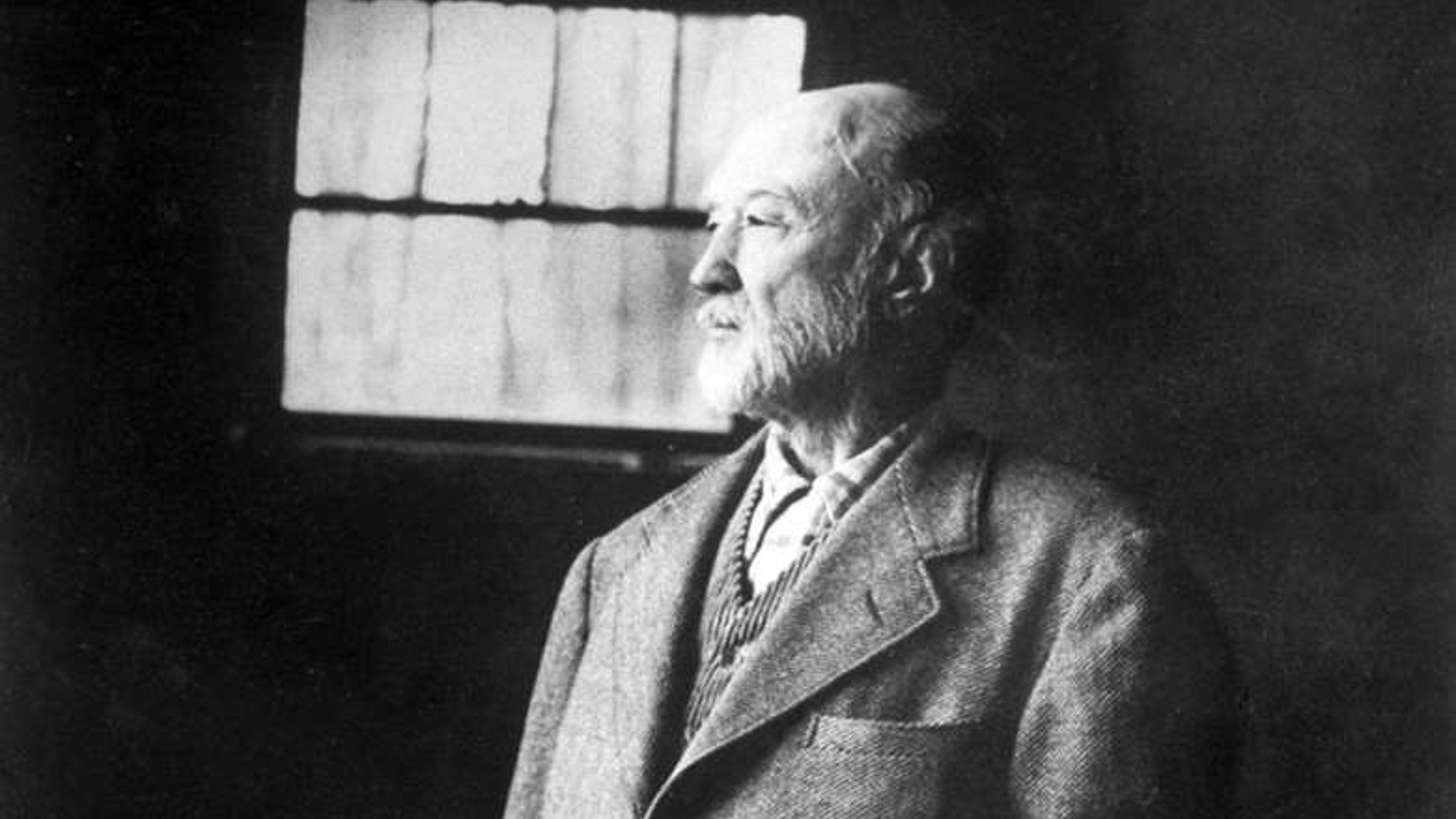 Listen to the podcast on Soundcloud and Spotify!

A musical work was published in 1989. This was not an unusual occurrence; music is published all the time. It was for orchestra, so that put it into one of the smaller subsets of pieces in print, and it was by an American, narrowing the field even more so. But this publication was odd because its composer had been dead for 35 years. In fact, the music itself, in its most recent version, was already 58 years old, and its earliest drafts went back 103 years.

Its title was a holiday whose name no one used anymore. Decoration Day it’s called, and it’s the second movement of the Holidays Symphony by Charles Ives. Finally published in 1989, Decoration Day was first scribbled by Ives in 1886 as music for brass band. He put it away, worked on it again in the early 1900s, made a violin and piano version of it, and finished the music in 1912 while on vacation in Saranac Lake, New York. He orchestrated it soon after, but put it aside for about 20 years, until a connection was made, through the conductor, musicologist, and American music champion Nicolas Slonimsky, with the Cuban composer and conductor Amadeo Roldán. Decoration Day received its world premiere in 1931 in Havana.

That’s a lot of dates and places and manuscripts to keep track of, so to understand this composer, try to imagine multiplying that confusion by pretty much everything Charles Ives wrote. Not just the other three movements of his Holidays Symphony, which we’ll hear today, but most of Ives’s output has gone through a spin cycle similar to what Decoration Day has gone through.

At the Fleisher Collection we’re familiar with Ives not only because of his status in the pantheon of American music, but because we had a hand in bringing to light another of his symphonies, the Fourth. It was our edition of that work that led to its premiere in the 1960s under Leopold Stokowski—again, decades after it had been composed. This Holidays Symphony, though, is an especially good Ives work to appreciate this month. With another presidential election quadrennial steamrolling over us right now, it seems to be an apt time to look at what America meant to someone who many claim as America’s greatest composer.

The Holidays Symphony is an odd work by any stretch and that begins with the title. It’s known as—in fact, Ives called it—“Holidays,” “Holiday Symphony,” “Holidays Symphony,” “Four New England Holidays,” “A Symphony: New England Holidays,” and even “Symphony, but not called Symphony”! But it is four movements of holidays, in chronological order through the year, beginning with Washington’s Birthday, then Decoration Day (which is now Memorial Day), The Fourth of July, and finally, together in the last movement, Thanksgiving and Forefathers’ Day.

The four movements can be, and have been, played separately, which is entirely approved of by the composer, who wrote, “There is no special musical connection among these four movements … larger forms (symphonies, sonatas, suites, etc.) may not always necessarily form, or were originally intended to form, such a complete organic whole that the breath of unity is smothered all out if one or two movements are played separately sometimes.”

But they are connected, of course, because they’re all holidays that evoke special memories for Charles Ives, and the primary tool he uses to bring these memories to life is quotation. There are, if I count correctly, 33 tunes quoted in the Holidays Symphony, with one quoted in two different movements. I won’t name them here, the complete list is in the written essay on the Fleisher Collection’s website and at kilesmith.com, but they are the popular tunes, the marches, the dances, and hymns Ives grew up with and played. [See the list below.]* He knew them from his father’s band, which he played in, and from the church organist positions he held.

Be warned: there is nothing like this in the classical literature. Other composers have quoted tunes, popular tunes, and hymn tunes, and other composers—Gustav Mahler, for instance—have juxtaposed different or even competing types of music in close quarters. But nothing in the classical music repertoire approaches the quick succession, the wildly overlapping, the downright pugnacious iterations of musical time-bombs, which explode like fireworks in the music of Charles Ives, especially in this, his Holidays Symphony.

We begin with Washington’s Birthday, the February holiday. Ives explains:

“Dissonant … chords rise and fall in parallel motion to suggest the snow drifts and the hills.” Then comes the fast part, the fiddling of barn-dance tunes: “Multiple overlapping dissonant ostinatos evoke the hubbub of the crowd.” It ends with “sleepy players intoning ‘Good Night, Ladies,’ then the music seems to dissolve in the mind,” and “a solo violin plays reminiscences of the fiddle tunes, representing memories of the dance that echoes in the minds of the young folk as they head home.”

The second movement is Decoration Day, which is what Memorial Day used to be called, when the end-of-May holiday was set aside for people to decorate the graves of the fallen Civil War soldiers. Here is how the composer describes it:

“In the early morning of a Memorial Day, a boy is awakened by martial music—a village band is marching down the street, and as the strains of Reeves’ majestic [Second] Regiment March come nearer and nearer, he seems of a sudden translated—a moment of vivid power comes, a consciousness of material nobility, an exultant something gleaming with the possibilities of this life, an assurance that nothing is impossible, and that the whole world lies at his feet. But as the band turns the corner, at the soldiers’ monument, and the march steps of the Grand Army become fainter and fainter, the boy’s vision slowly vanishes—his ‘world’ becomes less and less probable—but the experience ever lies within him in its reality.”

You’ll hear “Taps” in this movement, and it’s a pivotal memory for Ives. Young Charlie Ives himself stepped out from his father’s band and played “Taps” at the cemetery.

A word about that march, the Second Regiment Connecticut National Guard March. It was composed by David Wallis Reeves. No less than John Philip Sousa called him “The Father of Band Music in America.” Reeves is credited with inventing the use of the counter, or secondary melody, which of course Sousa used to fantastic effect—think of those piccolos standing up at the end of “The Stars and Stripes Forever,” playing against the main tune. Come to think of it, that’s actually the third melody, the trombones having the second one, but you get the idea. Sousa wished that he had written that “Second Regiment Connecticut National Guard March” of David Wallis Reeves.

The Fourth of July is next, and here Ives takes the clashing of tunes to a new level. It is this holiday that would be the most active for bands, and a vivid memory for him was the literal clashing of music as different bands played at the same time, neither band giving quarter and playing as loud as possible, in friendly competition. Ives’s father George Ives led the band in Danbury, Connecticut and had been the youngest bandleader in the Union Army in the Civil War. He would play a hymn on the piano in one key, and young Charlie would have to sing it at the same time in another key, and that’s as good an explanation of this movement as any. Picture the last sparks of the fireworks falling at the quiet ending.

The final movement is Thanksgiving and Forefathers’ Day, two separate holidays under the rubric of “Autumn.” Forefathers’ Day just slips in before winter or as winter is just starting, on December 21st or 22nd, depending on who’s keeping track. It’s a particularly New England holiday, celebrating the landing of the Pilgrims on Plymouth Rock. It’s older than Thanksgiving. George Washington proclaimed Thanksgiving to be celebrated in 1789, and it was an off-and-on holiday until Abraham Lincoln decreed in 1863 that it be celebrated nationally on the last Thursday in November.

The music is deceptively simple, with competing tonalities describing, according to Ives, “the sternness and strength and austerity of the Puritan character.” Also listen for what the composer calls “a scythe or reaping harvest theme which is a kind of off-beat, off-key counterpoint.”

The Holidays Symphony is as American as it gets, but what does that mean? To me, it’s everything thrown in together at once. It doesn’t represent all of America, of course, how could it?, it is only one man in one place, and even though written over decades, it is a limited time. But Ives took everything from his experience—and it was a wide, inquisitive, searching, adventurous experience—and tossed it into this work. He was from an old New England family who valued family, faith, education, responsibility, the abolition of slavery, and who had the highest regard for the self-evident rights of the individual.

The music is brilliant, wild, arresting, glorious, and sometimes, we have to admit, ugly, just like America. But through it all shines an undefeated optimism and love for the country and for every soul in it. This, to me, is Charles Ives, and this is his Holidays Symphony.

This is Fleisher Discoveries, and I’m Kile Smith. That last movement Ives dedicated to Edward Carrington Twichell, the older brother of his wife Harmony Twichell. The Fourth of July movement was dedicated to Julian Myrick, Ives’s business partner in their insurance company Ives & Myrick. That’s how Ives lived, running an insurance company, since he realized early on that he didn’t want to, or couldn’t, make a living writing the kind of music he wanted to write.

Some people accuse Ives of the sin of nostalgia, that his music—his view of America—was just a wish to return to the good ol’ days, but I think that misses the whole point of Ives. Charles Ives loved his childhood, true, he wrote about that. But his memories, his outlook, and his music, were always aspirational. His music doesn’t turn in on itself, as if stroking his ego or even consoling himself over a lost world was somehow worthy, or even appropriate. No, Ives was always reaching out in his music, reaching out through what formed him, which was New England, reaching out to all of us. And that, strangely, unifies us, doesn’t it? This is what music does, this is what Charles Ives does for us.

Tell me what you think. Reach out to the Fleisher Collection on Facebook, I’m on Facebook and Twitter, and my email is kile@kilesmith.com, so reach out to me there, I’d love to hear from you. We have some great Fleisher Discoveries podcasts coming up for you, so stay tuned. I appreciate that you’re out there listening.