Fleisher Discoveries: A Symphony of Chorales, a Historic Recording Project 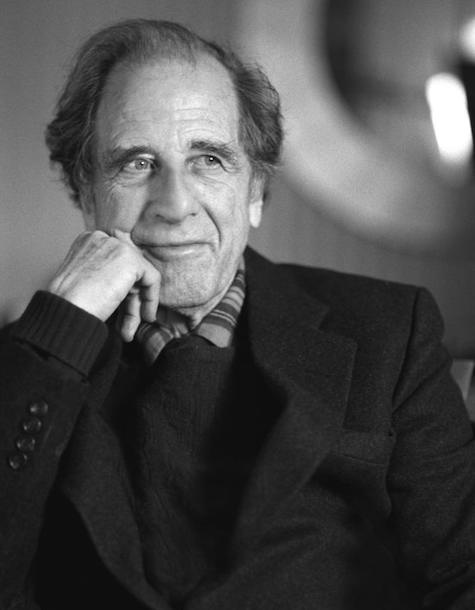 Some of you will know the name of Serge Koussevitzky already, and those who’ve listened to Fleisher Discoveries over the years will have heard his name mentioned here and there. Not only was he the music director of the Boston Symphony Orchestra for a quarter-century, this immigrant from Russia was one of the outstanding champions of new music in the United States.

He championed new music throughout his life, beginning in Russia, and in Paris and Berlin. He was a double bass virtuoso, a composer, a publisher, and along with his conducting and leadership in Boston, created Tanglewood, not only the summer home of the Boston Symphony in the Berkshires in Western Massachusetts, but also the world-famous music school there.

He commissioned a vast number of new works, including some of the best known orchestral works of the 20th century: the Ravel orchestration of Mussorgsky’s Pictures at an Exhibition, Stravinsky’s Symphony of Psalms, Bartók’s Concerto for Orchestra, Copland’s Third Symphony, works by Gershwin, Bernstein, Barber, Schoenberg, Messiaen…the list goes on and on.

But even that wasn’t enough, even the Randall Thompson Alleluia, even the 128 works for the BSO in 25 years. Serge Koussevitzky established a Foundation, which continues, after Koussevitzky’s death in 1951, to aid in the creation of new works, and a little-known but significant project, the American International Music Fund, which ran from 1958 until 1972.

The AIMF was affiliated with the International Music Fund, and therefore associated with the United Nations and UNESCO. Its purpose was to support the music of living composers, and out of that grew the Recording Guarantee Project, begun by Koussevitzky’s widow, Olga. It focussed on Pan American works performed in North America, recording them in concert and making the tapes available for those interested, to get the word out, and the music out, to all interested organizations.

Because that’s exactly what the Fleisher Collection of Orchestral Music does, Fleisher became one of the seven repositories throughout the country for these tapes. And the reason I’ve gone over the history of Serge Koussevitzky, his commissioning, his Foundation, and the AIMF recording project, is because the Fleisher Collection, under the leadership of its curator Gary Galván, is now in the process of digitizing all these tapes, and you are going to hear the first one today on Fleisher Discoveries. It is one of 738 works on reel-to-reel tapes in the Collection, a huge digitization project, and we’re as proud as can be to bring some of this to you on Fleisher Discoveries.

We’ll hear the second symphony of Lukas Foss, his Symphony of Chorales, from the first season of these recordings, with the composer conducting the Boston Symphony Orchestra in the fall of 1958. 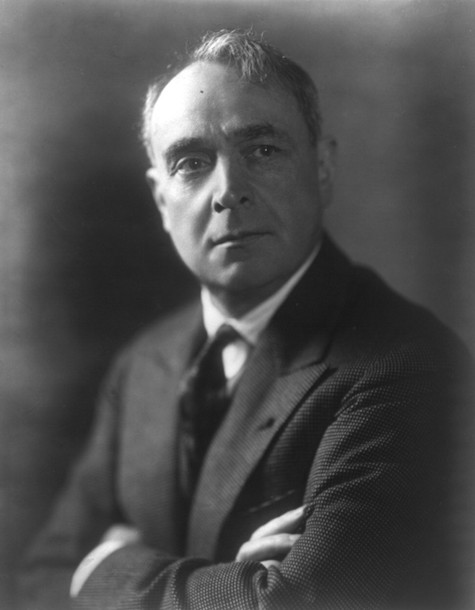 Lukas Foss knew the BSO well, having been its pianist for ten years, but that’s only one of the many, many facets to his multi-talented career. He was born in Berlin in 1922, and his family fled Germany in 1933 when the Nazis took over, first to France, then to the US, where in 1937, at age 15, he enrolled at the Curtis Institute in Philadelphia. Foss was already a seasoned composer, having studied in Berlin and in Paris.

He went on to rise to the top of the professions of composer, conductor, pianist, and educator. He succeeded Arnold Schoenberg as professor at UCLA, and he also taught at Harvard, Yale, Boston University, Tanglewood, the Manhattan School of Music, and Carnegie Mellon.

Lukas Foss was music director of the Buffalo Philharmonic Orchestra, the Brooklyn Philharmonic, and the Milwaukee Symphony, and he constantly composed on commission, racking up awards and honorary doctorates throughout his lifetime. No less than Aaron Copland said that the works of Lukas Foss were “among the most original and stimulating compositions in American Music.”

He wrote four symphonies. His second, this Symphony of Chorales, is steeped in his great love for Johann Sebastian Bach, a love passed on to him as a child, from his first teacher in Berlin. Counterpoint, the twisting of lines around each other, is evident throughout this work, and Foss has spoken of how the spirit of Bach is in this symphony, but he makes no use of Bach chorale harmonizations.

And here I ought to get something out of the way that I don’t think I’ve had a chance to say in our 18 years of Fleisher Discoveries, so it’s about time. There is no such thing as a “Bach chorale,” so we should all stop using the term. There are chorales, which are Lutheran hymns, or specifically, hymn tunes. Usually they are sung to one set of words, but some tunes, just like hymns in the English tradition, are used with other texts as well. But the music and words go back well before, as much as two centuries before, Bach’s time.

Lutherans sang these in church, but many composers also used the melodies in other works, and still do. Bach wrote organ preludes using these tunes, and also, in his cantatas, he reharmonized them, just about always as the last movement, for the choir to sing in four-part harmony. These Bach-harmonized settings of the chorales have been numbered and gathered into volumes, and it is from these collections that we get the term “Bach chorale.” People often use these numbers as shortcuts when referring to the tunes, but the melodies existed long before Bach made his own reharmonizations.

Lukas Foss knew this, of course, but also used these numbers to identify them. So, the first movement of his Symphony of Chorales, the Toccata, uses what Foss calls “Bach chorale no. 90,” but that’s the last time I’m going to say “Bach chorale.” “Hilf, Gott, lass mir’s gelingen” is the text and the name of the tune. In the program notes for the Boston performance we’re about to hear, Foss included the musical example of the tune, and the translation of the first stanza, since that’s what inspired his own music for the symphony. The first movement, then, has behind it this text:

O God, help my endeavour, Almighty Maker mine,
To weld the words together, praise thee in verse and rhyme;
That I may gladly sing of thee, and of thy word forever,
Lord, wouldst thou stand by me.

So the music of the first movement is welded to those words, according to the composer. Note the interesting use of saxophone in the orchestra, and how natural it sounds!

If the Toccata is the introduction, as is its usual role, then the symphony, you might say, really begins with the second movement, Andante sostenuto. The chorale, “Herr, ich habe misgehandelt,” is interwoven with a technique many composers use to honor Bach, the letters of his name as notes. In the German way of spelling musical pitches, B-A-C-H becomes B-flat, A, C, and B-natural. Here’s the text behind it all:

Lord, my evil deeds are many, sore my vices burden me;
I have wandered from the pathway, which has been revealed by thee.
Now in terror would I hide me
From the wrath which will betide me.

It must be said that the chorales are sometimes difficult to hear in this symphony, but the easiest one may be in the third movement, the Allegretto tranquillo, “Nun ruhen alle Wälder”:

Now slumber does descend o’er man, beast, town, and land;
The world to sleep does bow;
But you, my spirit, pray;
Begin your task, obey:
Arise, and please your Maker now.

The last movement, an Introduction, Vivace, and Allegro, employs one of the best known chorales to the English-speaking world, “Nun danket alle Gott.” As we’ve just come out of Thanksgiving, “Now thank we all our God” is certainly an appropriate hymn for that time, but “Nun danket alle Gott” can be used throughout the year:

Now thank we all our God with hearts and hands and voices,
In all His wondrous works forever man rejoices,
Who from our mothers’ arms His bounty doth bestow;
From childhood on through life His countless blessings grow!

With fanfares, a fragment of the first movement’s chorale, a new tune for the trumpets, Foss not only ties the symphony together, but he says it “sounds like a circus piece, abounding in virtuoso solo passages, bell sounds, brass tunes parading like marching bands in front of the listener, crossing each other, pursuing one another.”

It’s an effervescent but profound work, this Symphony of Chorales by Lukas Foss, so let’s hear it now, the first of the Fleisher Collection’s digitized recordings from the American International Music Fund Recording Guarantee Project, begun by Olga Koussevitzky, Serge Koussevitzky’s widow, in 1958. In this live recording, Lukas Foss conducts the Boston Symphony Orchestra in his own work, his second symphony, the Symphony of Chorales.

The Lukas Foss Symphony of Chorales, the composer conducting the Boston Symphony Orchestra in this live performance from 1958. The complete symphony had been premiered earlier in the year by the Pittsburgh Symphony under William Steinberg, but here, the composer conducts it for posterity under the Recording Guarantee Project of the newly established American International Music Fund, supported by the Koussevitzky estate. And it is one of those recordings that the Fleisher Collection is digitizing and bringing to you now for the first time.

I’m Kile Smith and this is Fleisher Discoveries. Not only did Lukas Foss love Bach, who inspired this Symphony of Chorales, but the piece had an even more specific inspiration. Foss dedicated it to Albert Schweitzer. Another multi-gifted eminence, like Lukas Foss, and like Serge Koussevitzky, Schweitzer, the medical doctor, theologian, organist, humanitarian, philosopher, and Bach scholar, was still alive then. The Friends of Albert Schweitzer Foundation, in Boston, asked Lukas Foss for a piece to honor Dr. Schweitzer, and the Symphony of Chorales was his answer.

You might question whether a humanitarian organization would have the funds available to commission a major piece by a major composer, and no, they did not. So, who paid for the commission? Why, the Koussevitzky Foundation, of course. Anyone who loves American music is indebted to the life, and the deep and lasting legacy, of Serge Koussevitzky.

I hope you enjoyed this. Tell me what you think of our podcast, Fleisher Discoveries. Jonathan in Oakland, California wrote in to say what a splendid show last month’s Ives Holidays Symphony was. Thank you, Jonathan, and you can reach out to the Fleisher Collection on Facebook, I’m on Facebook and Twitter, and my email is kile@kilesmith.com, so you can write me there—I’d love to hear from you. As always, I appreciate that you’re out there listening. Stay tuned for more Fleisher Discoveries podcasts coming to you every month, right here.