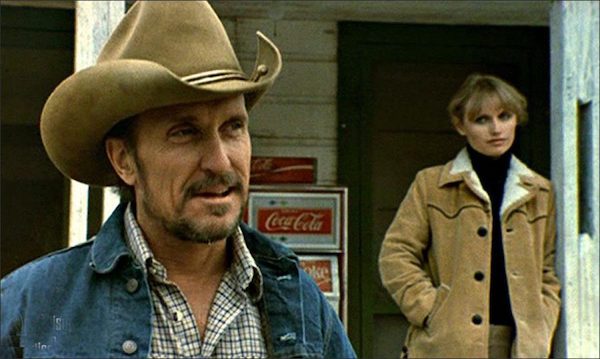 About the best advice for composers I’ve heard comes from Mac Sledge, Robert Duvall’s washed-up country singer who finds redemption in 1983’s Tender Mercies. When word gets out he’s working at a motel, the members of a local band show up to ask if Mac has any words of wisdom for them.

As with singing, so with composing: if you feel the words, you can write the music, and if it’s true (and focused), others will feel it, too. I shared my personal top 10 pop music lyric settings; now, here are my top 10 classical. Not the 10 best, as if I could judge that (or choose only 10). These are just the ones that teach me, most personally and consistently. Keeping to 10 is fairly ridiculous. There’s only one art song here, for instance, but the whole list could be art songs and it still would’ve been impossible to limit it to 10. But these are the most special to me.

10. Thank you, good friends, for your dances and your gifts. But now, we must bid you good night. We have little time for sleep, and a long journey ahead.
Gian Carlo Menotti, Amahl and the Night Visitors

My first personal experience with what we call, rightly or not, “classical” music, was singing Amahl in our amateur church production (my boy-soprano voice broke not long after), and my dad as Balthazar, singing this line. The Italian composer who enrolled at the Curtis Institute at age 17 composed in English, the knottiest of languages, better than most composers born here. He had an ear for language and an ability to phrase that let the words and the singers breathe. This line, for instance, is as natural and unstudied as you’ll find anywhere. And while the better the singer, the better the performance, one key to Amahl’s success is that just about anybody, or his dad, can sing just about any of it.

9. Defer to the Lord High Executioner!
Gilbert & Sullivan, The Mikado

The flat-out funniest line in the history of music, so says I. For this grandest of grand entrances, W.S. Gilbert demands obeisance with, of all possible verbs, the mincing “defer.” Then, Arthur Sullivan sets it against type by repeatedly hammering it—funny enough—but in a sing-songy, childlike way. Brilliance like this is unfair. If the Marx Brothers and Sid Caesar didn’t know G&S, I’ll eat my hat.

“Don’t die, Seneca,” his friends plead (1:20 in the link), after he resolves to take the poison. The chorus from this 1643 opera sounds as if it was written two hours ago—the truly great, like Monteverdi, sometimes do that. The grinding, layered, heated dissonances gave me goosebumps the first time I heard them, and still do. Repetition in G&S is hilarious. Here, it’s frightening.

7. Her shoes were made of the crimson silk, just like some lady of honour…
Ralph Vaughan Williams, “Just as the Tide Was Flowing,” from Five English Folk Songs

Second verse, 0:42 in, listen to how “honour” ends the phrase, but the tenors spin the word past everyone else’s cut-off. Then the choir rejoins them with the next line. This is elision, a sweet, easy, effective device in choral writing. Write like this and you are minding singers and words and listeners, and the secret is, they will take care of your precious music. RVW takes me to school with “honour.”

6. Then shall the eyes of the blind be opened, and the ears of the deaf unstopped. Then shall the lame man leap as an hart, and the tongue of the dumb shall sing.
George Frideric Handel, Messiah

Why is Messiah great? I attempted three answers in BSR here, but as good as any might be this line. Handel—also a non-native speaker of English, like Menotti—is natural here (not everywhere, but here). And this is almost unbearably tasteful. I mentioned recitative in pop last time, but of course here’s the real thing, antidote to the declamative rut composers often slide into. Eyes and blind, tongue and dumb lightly touched, shall thes and as ans quickly tip-toed over, and for the ungainly double-em’d lame man, an unexpected amuse-bouche, a slight rise on man. Oh, that’s good. Tired of Messiah? Never.

Some sniff at Carmina as a mile wide and an inch deep, but I’m a fan. Its childlike simplicities are calculated, and Orff just hides the hardware, as all great artists do. The choir, here in fake four-part (sopranos copied by tenors below, and altos by basses), don’t call attention to themselves with “serious” counterpoint. Sounding like it’s in two, it’s actually in three, from the rare 3/1 meter (three whole notes to the bar), to the fast 3/2. Just listening, you think you know where you are, but you don’t, not really. And in the midst of overflowing pickups and off-beats, performers have gotten lost. Where’s the beat? “O Fortune / like the moon / you are changeable.” 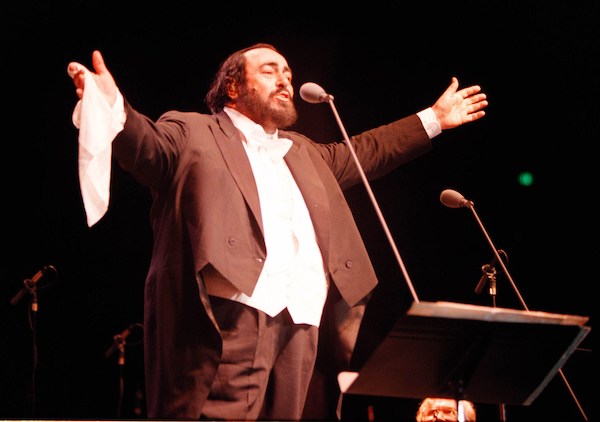 Made rock-famous by Pavarotti in stadiums worldwide, an incredible aria culminates on “I will win!” three times, building to the high B. Held for all its worth and then some, in the score it’s the merest slip of a 16th note, only a poco allargando to broaden the tempo (a little). The length of that B, the definition of “operatic,” you can decry as excess or excuse as tradition but the lesson for me is how magical to write something any singer wants to hold, and any audience wants to be held. Next time you hear the overused “Wait for it,” think, “Vincerò!”

In vocal music, composers can get so caught up in the music that we forget the vocal, but there is always Fauré, one song, one line, one word to teach us: rêvais. After floating mid-range, which will tire the voice (and our ears) just like any other range, dropping for just one note and going right back up is a thousand bucks’ worth of education on how to rest a singer while she’s singing. May she always say of her composer, “In a slumber charmed by your image I dreamed of happiness…”.

Not quite “Yes, yes,” which in English suggests impatience, “Ja, ja” is just a pinch more emphasis than “Ja,” something like, “Oh, yes.” The middle-aged Marschallin, realizing it’s over, releases her young paramour to the girl he’s fallen for. They’ll have the chance for love that she, now, will never have. After the most searingly magnificent trio in opera, and the young lovers’ ecstatic duet (5:02), a nobleman (8:57) confides to the Marschallin, “That’s how young people are,” and in her “Ja, ja” an abyss opens and snaps shut, an opera in one second. Resignation and affirmation steel her heart, and yours breaks.

From my desert-island work, my desert-island moment. From death to “the twinkling of an eye … the trumpet shall sound … the dead shall be raised … Death, where is your victory? Hell, where is your sting?”: Grief to anger to joy inconceivable (4:42), a delirious, whirligigging waltz—a waltz! in a requiem!—and mocking, silly, drunken; a triumphant revelment so spinningly, gloriously out of place, a dance in a church (what am I saying: a dance in a classical concert), a New Year’s Eve party in a pandemic, strangers hugging, twirling and breathless, world and spirit interpenetrating, loving and being loved, and singing it how you feel it.