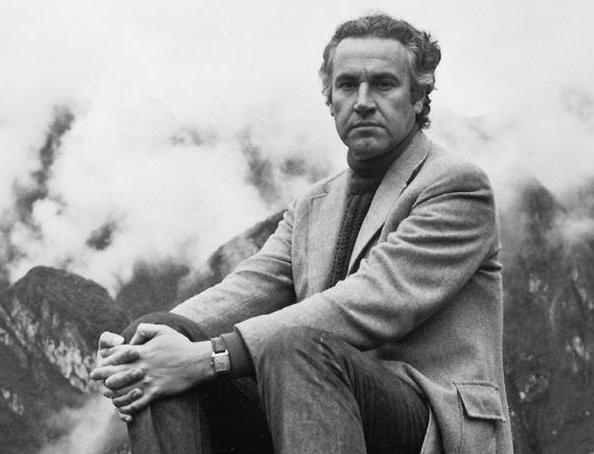 In April of 1961 John F. Kennedy had just taken office as President of the United States, and in Washington, D.C. the Second Inter-American Music Festival was held with the Honorary Chair none other than the First Lady, Jacqueline Kennedy.

The National Symphony Orchestra performed throughout the festival, but not at Constitution Hall, which was then its home. No, the honor for hosting the festival’s orchestral concerts came to Howard University and its brand-new Cramton Auditorium, a 1,500-seat venue which had just opened in January. The April 22nd first concert of the festival with the NSO was the first public concert of the new hall, named for Louis C. Cramton, the Republican congressman from Michigan who was a longtime patron of Howard University, the historically Black university. Its many distinguished alumni include Vice President Kamala Harris.

So, opening the Second Inter-American Music Festival was the National Symphony Orchestra, and opening the concert was the world premiere of the first symphony by a 35-year-old Peruvian composer living in Chile, Celso Garrido-Lecca. His music was a mélange of various influences: folk music, especially associated with the political movements gestating in Chile, where he had studied, written music criticism, and taught; the avant-garde, including twelve-tone techniques; jazz; and music for theater, which resulted in a great deal of incidental music—tonal music for experimental productions of Shakespeare, Sophocles, and many others. In fact, he was already in the United States on a fellowship, in New York City to study music for the stage.

That was Saturday the 22nd, and on Sunday the 23rd Garrido-Lecca would also see his Divertimento performed by the renowned Philadelphia Woodwind Quintet at the Library of Congress’s Coolidge Auditorium. Founded in 1950 and composed of members of the Philadelphia Orchestra, the Quintet at this 1961 concert was flutist Robert Cole, oboist John de Lancie, clarinetist Anthony Gigliotti, hornist Mason Jones, and bassoonist Sol Schoenbach. Also on the program were works by Domingo Santa Cruz from Chile, Fabio González-Zuleta from Colombia, and Carlos Chávez from Mexico.

But back to the orchestra concert and Garrido-Lecca’s Symphony No. 1. Well, it’s called Symphony No. 1 now because there is now a Symphony No. 2, but at the time it was his only symphony and he called it Symphony in One Movement or, as it’s cataloged in the Fleisher Collection, Symphony in Three Parts.

So there was a strong Philadelphia connection to this Second Inter-American Music Festival in Washington, D.C., with the commission, the participation of the Philadelphia Woodwind Quintet, and with the live broadcast recording now in the Fleisher archives as part of the American International Music Fund, whose hundreds of reel-to-reel tapes Fleisher is now digitizing.

Celso Garrido-Lecca went on to have a successful career as a composer, professor, and administrator in Chile, but returned to Peru after the 1973 coup d’état, to teach at, and for a time to direct, the National Conservatory of Peru. He has been at the forefront of collaborative artistic efforts between Peru and Chile and has received honors from both countries, and from Spain. He lives in his hometown of Lima, and this month turns 95 years old.

His first symphony exhibits many of the features of his music I mentioned earlier. It is sometimes edgy and hard, but there’s always a jauntiness about it, almost a sprightliness shining through, an optimism that carries through to the final chords.

These are live recordings, and often come down to us with the original radio announcer’s introduction, which we normally edit out. However, something happens here, before the piece starts, that takes everyone, even the announcer, by surprise, so I thought we’d leave it in.

Concert venues will sometimes have chimes or a short musical fanfare piped into the hall to let people know it’s time to take their seats, along with, perhaps, a preliminary dimming of the lights. At this concert, however, because of the celebratory mood of the first concert of this festival, while the audience is talking and while the orchestra is tuning up and while the announcer, awaiting the entrance of the concertmaster, is still announcing, Howard University brass and percussion players volley a spirited fanfare into the auditorium. Maybe they played from the back of the hall but in any case it takes everyone by surprise, and a good-natured chuckle ripples through the concert hall, so I thought that’d be nice to hear.

So here on Fleisher Discoveries is music of Celso Garrido-Lecca, complete with lead-in. Commissioned by the Fleisher Collection, from the opening concert of the Second Inter-American Music Festival, from Cramton Auditorium at Howard University in Washington, D.C. on April 22nd, 1961, music director Howard Mitchell leads the National Symphony Orchestra in the world premiere of the Symphony No. 1 of Peruvian composer Celso Garrido-Lecca.

Music of Peruvian composer Celso Garrido-Lecca, his Symphony No. 1, a world-premiere performance from the opening concert of the Second Inter-American Music Festival. The National Symphony Orchestra was conducted by its music director Howard Mitchell in this live recording from Howard University’s Cramton Auditorium in Washington, D.C. on April 22nd, 1961. The Symphony No. 1 of Celso Garrido-Lecca.

The symphony of the then-35-year-old and this month, 95-year-old composer was commissioned by the Fleisher Collection. This recording has been digitized by the Collection as part of its project to convert all of its archival recordings of the American International Music Fund.