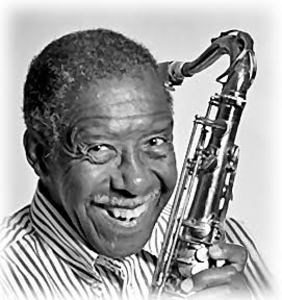 The Fleisher Collection employed two full-time music copyists when I, a part-time copyist while working on my master’s in composition, started there in 1981. Sadie Morgan, whom I replaced in 1983 when she retired, was one. Art Daniels was the other. We sat next to each other, he inside the door as you come in on the right, me at Mrs. Morgan’s desk on the left. I learn today that he died on January 30th, 92 years old.

His name was William Arthur Daniels, Jr. In Fleisher we called him Bill. It wasn’t until a few years later, when I was assistant curator and answering the phone, that I learned everyone else in the world called him Art. A friend would call and ask for Art, and the first time I thought it was a wrong number. But I got straightened out on it and later asked him why he was Bill in the Library and Art everywhere else. He said he figured it was because his paperwork said William, so people just called him Bill. “You never corrected them?” I asked. He chuckled and said, “No.”

“Sure,” he shrugged and smiled.

He didn’t say much. Not at work. I’d say he just wasn’t a talker, but whatever notions he had that way he kept buttoned up, is my guess, because he had a certain staff member sized up pretty well, and had heard too much nonsense to feel the need to participate.

The obituary says he had been a boxer. I didn’t know that. I had forgotten that his mother’s name was Priscilla Smith. He told me that when our Priscilla was born, in 1986.

I knew he played alto saxophone, and that he led bands. I heard him play one time, sweetly, softly, elegantly.

One of the best quotes I’ve ever heard in my life comes from Art, and it was from one of those times—outside of the Collection—that he opened up. He told me about how trumpeter Clifford Brown was all the talk. This would’ve been in the early to mid ’50s (Brown died at age 25 in 1956, the year of my birth). Art was getting a little tired of all the hype. “Clifford Brown this, Clifford Brown that,” he said.

Brown was to be playing in the area, so Art went with some friends to hear him. But he wasn’t in, let us say, an expansive mood. Art wanted to see this hot-shot get taken down a peg or two. “I said to myself, ‘As soon as this guy repeats himself, I’m leaving.'”

He paused. “So what happened?” I asked.

Art got a big smile on his face, shook his head ruefully from side to side twice, and laughed. “I stayed all night.”