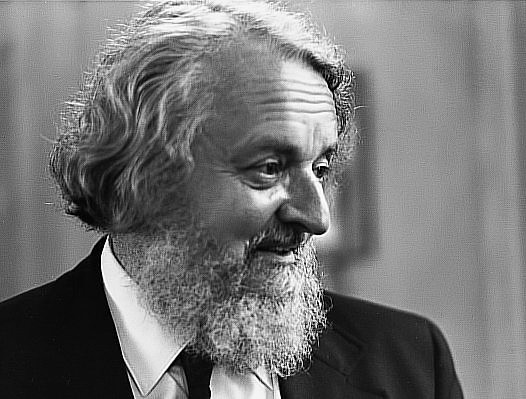 This month’s Fleisher Discoveries looks at a composer who really will be a discovery for most of us, even though he was one of the most successful composers of the second half of the 20th century, Gottfried von Einem. And there’s a secret about Einem that wasn’t discovered until almost a decade after his death.

We’ll look at that hidden part of Einem’s life, and also try to answer the question why he isn’t more well known. It may be difficult to ascertain, but I think a number of reasons provide some answer.

He wrote seven operas. Danton’s Death, about the man who went up against Robespierre during the French Revolution and paid for it with his life, was an immediate sensation at its 1947 premiere and propelled Einem to international fame. Even though he wrote many orchestral and other works, including many songs, he admitted that his main focus was the stage. That in itself may be part of the reason, as there are, because of the nature of the form, fewer performances of operas than of, say, symphonic works.

He considered Richard Strauss as one of the artists from whom he learned all he knew about drama, along with conductors Toscanini, Mitropoulos, Walter, Karajan, and others, but the mention of Strauss brings up another reason why his music may have had to fight for recognition.

Gottfried von Einem had enemies, and Richard Strauss was one of them. Einem recognized the elder composer’s gifts, but called him “an opportunist through and through,” and worked to prevent any Strauss music from being played at the Salzburg Festival, where Einem was a director.

Einem wrote astringent, challenging music at times but he never was in the avant-garde. They accused him of not sufficiently following modern styles, and in a sense they were right. While he used twelve-tone processes at times, he never was dogmatic with it and mixed it in with other techniques. He certainly wasn’t a serialist. To Einem, Karlheinz Stockhausen, the standard-bearer of the avant-garde, was “the most vainglorious brat” he had ever come across. So, to the younger generation, Einem was a throw-back.

He perplexed people when he wasn’t outright offending them. He had friends on the left and on the right, in music and in politics, and caught flak from both sides because of it. But he didn’t care.

He helped the German playwright and poet Bertolt Brecht, the librettist of Kurt Weill’s Threepenny Opera, obtain Austrian citizenship after the war. In return, Einem asked Brecht to write something for the Salzburg Festival. This created a firestorm, with some in power accusing Einem of being a Communist, which, although he was nothing of the sort, he shrugged off. Brecht decided in the end to move to East Berlin. The city of Salzburg and the Prime Minister of Austria later officially apologized to Gottfried von Einem.

The biggest reason, though, for the difficulty of Einem’s music finding a lasting audience may be that his music refuses to be categorized. He refused to be categorized. He thoroughly detested fashion, be it from the academic or the commercial realms. Yet, he was keenly interested in writing music that would speak directly to people. He used tonality, atonality, jazz, and always counterpoint, which he believed to be the foundation of the education of any composer.

Einem was born in Switzerland into the comfortable family of an Austrian diplomat and was raised in Germany. He went to Berlin in 1937 to study composition with Paul Hindemith, but never got the chance because Hindemith fled to Switzerland and then to the US, escaping Nazi oppression and the banning of his music. Instead, Einem would study with Boris Blacher, who would not only ground him in contrapuntal exercises but would become a friend and librettist to him.

Blacher also ran afoul of the Nazis and so did Einem, who was arrested by the Gestapo in 1938. At the time, he never knew why he was imprisoned for four months, although some have speculated it was because of his friendship with Jews. The experience would also inspire his opera The Trial, based on the book by Franz Kafka, about an imprisoned man who never learns what crime he is supposed to have committed.

After his release, he quickly began to make his way as a composer, and in at least two instances continued to bedevil the Nazis. One was known, and one was hidden for years.

Working with Boris Blacher had introduced him to jazz, and the two would secretly listen to jazz broadcasts from England during the war. Jazz was considered “degenerate music” by the Nazi Minister of Propaganda Joseph Goebbels, and listening to enemy radio was in itself an illegal act. Einem’s 1944 Concerto for Orchestra was ripped apart by critics because of his use of jazz, and he was only saved from severe consequences coming down from Goebbels because the war soon ended. 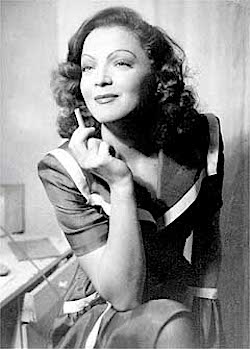 But his secret strike against the Third Reich had significance beyond music, as it involved the saving of a life.

Konrad Latte was a pianist, organist, aspiring conductor, and a Jew. He and his family had already escaped imprisonment once, made it to Berlin, and relied on the help of friends, including the German actress Ursula Meissner, and the now significant composer Gottfried von Einem. Einem got him a ration book so he could eat, got him membership into the Reich musician’s union so he could work, and found him a job as a rehearsal pianist for his ballet Princess Turandot. He gave him his personal pass to the State Opera. “For a couple of months,” Latte said, “I went around Berlin as Baron Gottfried von Einem.”

Tragically, Latte’s parents were caught again, sent to Auschwitz, and killed. Latte barely escaped being caught, and Einem again came to the rescue, getting him employment as an extra in the opera. This led to the unbelievable irony of Konrad Latte’s once appearing in Wagner’s opera Die Meistersinger as a blond German child, and, at the end of the opera, having to bow at the curtain call before the second-most powerful man in Germany, Hermann Göring.

After the war Konrad Latte became a conductor, leading the Berlin Baroque Orchestra. He and his wife stayed in Berlin but he never spoke about his war experiences because of the guilt he felt at escaping the death his parents faced. However, he finally related his story, naming the 50 or so people, including artists, members of the Confessional Church, and many others from all walks of life, who risked their lives helping him, people including the composer Gottfried von Einem.

In 2002 Einem was posthumously named one of the Righteous Among the Nations by Yad Vashem, Israel’s official memorial to victims of the Holocaust.

After such upheaval, the work we are about to hear of Einem’s carries the undramatic title of Symphonic Scenes. But it is a brilliant piece and, I think, a worthy encapsulation of Einem’s voice as a composer, if you’ve never heard any of his music. It is in three movements. He wrote it for the 75th anniversary of the Boston Symphony Orchestra, which premiered it in 1956 under Charles Munch. Our recording is a newly digitized performance from the American International Music Fund, from November 5th, 1958 by the Baltimore Symphony Orchestra, conducted by Massimo Freccia. Here on Fleisher Discoveries is Symphonic Scenes by Gottfried von Einem.

Symphonic Scenes by the Austrian composer Gottfried von Einem on Fleisher Discoveries, in this 1958 concert by the Baltimore Symphony Orchestra under Massimo Freccia. It was commissioned by the Boston Symphony Orchestra for their 75th anniversary, and Einem dedicated it to the memory of Serge and Natalie Koussevitzky. This performance was recorded by the American International Music Fund, with funding by the Koussevitzky Foundation, archived by the Fleisher Collection, and newly digitized so we could bring it to you today on Fleisher Discoveries. 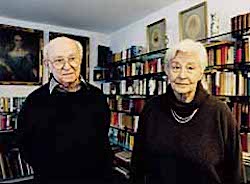 Einem’s legacy as an outstanding composer of the 20th century is assured, even if we don’t hear his music as much as his international stature during his lifetime might suggest. But his legacy goes even deeper, if we only think of the name of Konrad Latte. Einem died in 1996, but it wasn’t until 2002 that Konrad Latte told the story of his survival from the Holocaust, right in the middle of Berlin, with the help of many people who sheltered him, protected him, gave him work, and ultimately saved his life, those people including Gottfried von Einem, called Righteous Among the Nations by the State of Israel.