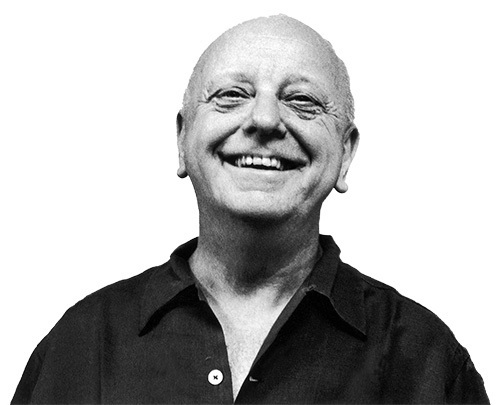 Virgil Thomson was born in 1896, making this year his 125th anniversary. As we enter the 4th of July weekend, this is an excellent time to appreciate this composer whose music went so far to define one aspect of what is “American” in American music.

He was a landmark of American expatriate culture of Paris in the 1920s and ’30s, and the grand arbiter of musical taste in New York City from the ’40s on, but he was from Kansas City, Missouri, and through his whirl of a life in composing and conducting and criticism that solid fact never left him. A musical talent from the start, Thomson was playing organ in church and piano in theaters from an early age. Church music and popular song—hymns, marches, blues, folk songs—would remain in him and with his music throughout his life.

He enlisted and was about to ship off to France but World War I ended. Accepted into Harvard, Thomson studied with composer Edward Burlingame Hill and the composer and conductor Archibald T. Davison, who was in the process of turning the Harvard Glee Club into one of the most formidable choirs in America. Besides both professors being from Massachusetts, Hill and Davison also had another thing in common: France. Hill had studied there under the organist and composer Charles Widor. Davison had written a book on Debussy, and was filling the Glee Club’s repertoire with new pieces by Darius Milhaud and Francis Poulenc.

They helped Thomson obtain a travel fellowship to Paris, where he became a counterpoint and organ student of Nadia Boulanger, who was just setting up shop as a teacher. She would go on to train generations of Americans, including Aaron Copland. Virgil Thomson met the shining artistic lights of Paris: Igor Stravinsky, Jean Cocteau, Erik Satie, and Gertrude Stein, the American writer who had been living there since 1903.

Thomson returned to America to finish his Harvard studies, and then earned a living playing the organ in New York and writing music journalism. But soon he was back in France, and he would live there from 1925 until 1940.

Paris at this time, coming out of the war, was awash in the artworld of Dada, of anti-logic and nonsense, of a sculpture being a urinal on a wall and called Fountain by Marcel Duchamp, of jagged juxtapositions in art, in writing, and in the surprisingly subversive wallpaper music of Satie. The Cubism of Picasso still held sway, with its exploding and reassembling of forms. All of this had an effect on Virgil Thomson, and in 1926 he began to compose his first symphony.

The material he used to propel all four movements was a common hymn tune, known to church-goers by the title of “How Firm a Foundation.” The hymn goes back to a 1787 English hymnal, and it was first published in America in 1832. The tune name is known usually as “Foundation,” but has also been called “Protection,” and perhaps originally, “Geard,” but whatever it’s called, it’s the hymn tune Thomson uses in his Symphony on a Hymn Tune.

He worked on it through 1926, but as the last movement was giving him some fits, he didn’t finish until 1928. And then, it wouldn’t see the light of day until 1945, when the composer himself conducted the premiere with the New York Philharmonic.

It wasn’t just the last movement that delayed completion of the symphony, though. Thomson was also composing another major work at this time, his groundbreaking opera Four Saints in Three Acts, on a libretto by his friend Gertrude Stein. Groundbreaking first of all because the premiere in Hartford, Connecticut in 1934 used an all-Black cast, but more than that, the music is American by way of 1920s Paris, with turn-on-a-dime pivots, overlapping dialogue, and Charles Ivesian interpolations of wild, unrelated snippets of American tunes.

And so it is with the Symphony on a Hymn Tune. “How Firm a Foundation,” sometimes recognizable, sometimes just bits of it, rubs up against “Yes, Jesus Loves Me,” and “For He’s a Jolly Good Fellow.” It is raucous at times, and humorous, and home-spun, but it would be a mistake to call it irreverent. It is tightly written, and you get the idea that, for all its witticisms, there isn’t one note wasted. It’s reported that Aaron Copland, on hearing someone call this work “dumb,” said, “It’s intentionally dumb—he’s the American Satie.”

There’s a coolness to it and to much of Virgil Thomson’s music, but I wouldn’t call it detachment. He’s using the language of his time and of his milieu to approach his musical materials. Or, you could say that he’s using this hymn to explore Dada. I think he’s in love with this hymn. Whatever your view, it’s a fascinating look at the tune, the time, and the man.

Our recording comes from the Fleisher Collection’s digital reclamation project of the reel-to-reel tapes in the American International Music Fund archives. It’s the San Francisco Symphony from a 1958 concert. The Symphony on a Hymn Tune by Virgil Thomson, conducted by the composer.

The Symphony on a Hymn Tune by Virgil Thomson. The composer conducted the San Francisco Symphony in a February 13th, 1958 concert. It was recorded for the American International Music Fund, and this and hundreds of other recordings were archived around the United States, including at the Fleisher Collection of Orchestral Music at the Free Library of Philadelphia. Curator Gary Galván is having the entire archives digitized, and we’re happy to be able to unearth some of this for you today.

This is Fleisher Discoveries and I’m Kile Smith. Virgil Thomson composed that Symphony on a Hymn Tune in the years 1926 to 1928, while he was also composing his first opera, Four Saints in Three Acts. That libretto was by Gertrude Stein, with whom he would also work on the opera The Mother of Us All about Susan B. Anthony.

Thomson moved from Paris to New York, just ahead of the Nazi invasion in 1940, and was the chief music critic for the New York Herald Tribune from then until 1954. His clear, punchy, and intelligent writing revolutionized music criticism. In his essays, his autobiography, and his books The State of Music and American Music Since 1910, Virgil Thomson is in the first rank of writers on the arts. Critic Tim Page said he was a “bomb thrower” against what Thomson called “the Appreciation-racket,” which in his view was interested only in promotion. Thomson certainly irked a good number of powerful people in music, to the point that he believed it affected his composing career. But in 1948 his music for the film Louisiana Story won the Pulitzer Prize.

In the 1930s he would write music for the US government-produced films The Plow that Broke the Plains and The River. With those films he delved further into Americana and folk idioms so much so that he must be included in any talk about the origins of the Americana style of classical music. Aaron Copland took it to heights of artistry and popularity in his major works Billy the Kid, Appalachian Spring, and others, and it would be too much to say that Thomson influenced Copland, but Thomson was on that path to an independent American Sound very early on. So on this eve of Independence Day we salute Virgil Thomson and his mark on American music.