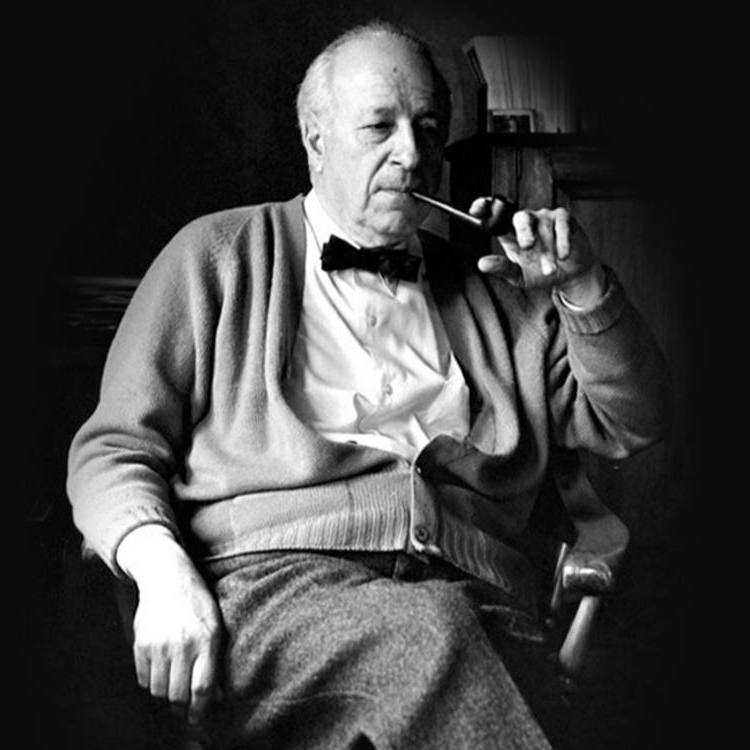 It’s been 45 years since one of the outstanding American composers of the last century, or of any century, died. Walter Piston lived from 1894 to 1976. His fame in American classical music has risen and fallen and risen again. Fame, of course, is only part of the picture of the impact a composer has.

He wrote eight symphonies—we’ll hear the premiere performance of the last one in today’s program—and the Third and the Seventh won the Pulitzer Prize. His Second Symphony, his Viola Concerto, and his Fifth String Quartet all won the New York Critics’ Circle Prize. He taught at Harvard from 1926 to 1960, launching generations of composers as diverse as Leonard Bernstein, Elliott Carter, Frederick Rzewski, Samuel Adler, Daniel Pinkham, Yehudi Wyner, and Leroy Anderson.

This lifelong New Englander was not from typical Northeast stock. His grandfather, Antonio Pistone, was a sailor from that city of sailors including Christopher Columbus, Genoa, Italy. Pistone settled in the harbor town of Rockland, Maine, changing his name to Anthony Piston, and raised a family, including a son, Walter, who became a bookkeeper and who moved his family to Boston when Walter, Jr., the future composer, was 11 years old.

Most classical audiences will know Walter Piston’s name. Ironically, most will know him for music from his only ballet, The Incredible Flutist. I’m sure the Suite from that ballet receives more radio play and concert performances than any other work of his. I call it ironic because the bulk of his interest lay in pieces with the boring titles: the symphonies, concertos, sonatas, string quartets. True, there is his Three New England Sketches, but even that is basically a symphony, without obvious references like popular or hymn tunes, as Charles Ives would make use of in his New England works. Piston was so good at this impressionistic music, however, that after the premiere someone said to him, “I hope you don’t mind my saying that I smelled clams during the first movement.” Piston responded, “No, that is quite all right. They are your clams.”

Calling the first movement “Seaside” certainly helped, but in any case the Three New England Sketches is a bit of an anomaly for Piston. Composer Elliott Carter said, “It is hard to think of another composer of importance as prolific as he was who has written so few theatrical and vocal works.” And it’s true. I don’t know of any vocal works by Piston—no songs or any works using the solo voice. No operas. There are only a handful of choral works, and as we saw, the one ballet.

He went to Harvard, where he studied with Archibald Davison and Edward Burlingame Hill. He’d later write a set of orchestral Variations on a Theme by Edward Burlingame Hill. He then was awarded a Harvard travel grant to Paris to study with Nadia Boulanger. We saw on a previous Fleisher Discoveries that Virgil Thomson, two years younger than Piston, would do the same. Piston also studied with Paul Dukas and took violin from Georges Enescu.

Oh yes, Walter Piston was a violinist. Not only that, he could play many instruments, having taught himself saxophone and other wind instruments so that he could play in a Navy band during World War I. He already played violin and piano in dance bands and was a natural musician. He had an interest in art, but music won him over and he went to Harvard, to Paris, and then back to Harvard to teach for the next 34 years.

To teach, to write renowned textbooks on harmony, counterpoint, and orchestration, and to compose a highly revered number of finely crafted, smart, powerful, and award-winning orchestral and chamber works.

We’ll hear two of those works by Walter Piston today on Fleisher Discoveries, thanks to the recordings we’ve digitized from the American International Music Fund archives. The first is his Prelude and Allegro for Organ and Strings. He wrote this in 1943 for E. Power Biggs, but we’re about to hear a performance from a live 1969 concert with the Boston Symphony Orchestra and their organist Berj Zamkochian. Erich Leinsdorf conducts. On Fleisher Discoveries, the Prelude and Allegro for Organ and Strings by Walter Piston.

[Walter Piston. Prelude and Allegro for Organ and Strings]

The Prelude and Allegro for Organ and Strings by Walter Piston, from a live concert with organist Berj Zamkochian and the Boston Symphony Orchestra, conducted by Erich Leinsdorf. This American International Music Fund archival recording was digitized by the Fleisher Collection under curator Gary Galván. This concert, by the way, was celebrating the 75th birthday of Walter Piston in January of 1969.

The Armenian American organist Berj Zamkochian was appointed organist for the Boston Symphony Orchestra by Charles Munch, and for the Boston Pops by Arthur Fiedler, both in 1957. He was 27. He played the funeral service of President John F. Kennedy, and donated church organs to Armenian churches throughout the world. Later in life he lived in Kennebunkport, Maine. When George H. W. Bush was president, Zamkochian would be asked to play in church when the president was in town. He did, on condition that his fee would go to relief efforts for the massive Armenian earthquake. Bush heard about this and would often invite Zamkochian for dinner at his Kennebunkport estate.

This is Fleisher Discoveries and I’m Kile Smith. The Boston Symphony Orchestra was a huge champion of Walter Piston’s music throughout his career, and commissioned his Eighth Symphony. They premiered it in 1965 and it is that performance we’ll hear now, again, from the archives of the American International Music Fund. And also again, we’re reminded that this fund was started by the Koussevitzky Foundation, Serge Koussevitzky being a former music director of the BSO. The money aided recordings of new music of American and international composers by orchestras around the country. The tapes were housed in repositories, one of which is the Fleisher Collection, and curator Gary Galván has spearheaded this project digitizing all of the many hundreds of reel-to-reel tapes from the 1950s into the ’70s.

The Symphony No. 8, the last symphony of Walter Piston, is in three movements: moderate, slow, and then an energetic Allegro marcato, ending with a wild solo for the timpani. Erich Leinsdorf conducts the Boston Symphony Orchestra in the world premiere performance of the Symphony No. 8 by Walter Piston.

The Fleisher Collection is on Facebook, and I’m on Facebook, Twitter, and Instagram, and my email is kile@kilesmith.com. Let me know how you liked this installment of Fleisher Discoveries. I received a number of positive comments from you about last month’s show on Alexandra Pierce. I enjoyed putting that together, and as always I do appreciate that you’re listening. Stay tuned for more Fleisher Discoveries podcasts coming to you every month, right here.