Thirty Variations on a Theme of Bartók 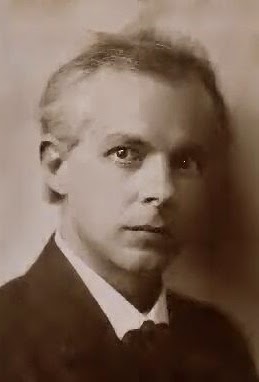 33′. Commissioned by the Community Music School of Collegeville, in honor of its Thirtieth Anniversary. Premiered there by Milena Urban, 23 April 2022.

The theme is “Children at Play,” No. 1 from Vol. 1 of For Children (1908-09) by Béla Bartók. In our discussions about what this piece might be, Milena Urban suggested referring in some way to music that beginning piano students, such as some attending the Community Music School, might know. Almost immediately I considered “Children at Play,” which I learned when my piano teachers Roy and Norma Brunner were valiantly attempting to make a musician out of someone who wanted only to be a composer. I’ve loved the piece since then, and hear something of its spirit in everything Bartók ever wrote.

Despite their educational inspiration, these 30 variations are not a graded technique in piano playing but are assembled in an order that seemed to make sense musically and dramatically, specifically, in six groups of five. They are to be played without break, although there’s no reason individual ones couldn’t be performed separately on programs in any order.

Starting with the theme’s key of C Major, the variations progressively add sharps, two variations in each key signature, except for No. 15, the only one in seven sharps. That halfway point then turns the corner to seven flats for No. 16. Flats are then subtracted every two variations, returning to C Major for the final two. Why most all of them are in a major key, I cannot say (I kept waiting for a greater number of other modes to arrive, to no avail). As it turns out, four are in minor, and four, modal.

Each group begins with an overture, excepting No. 1, a retrograde of the theme, and No. 26, Il piccolo barbaro, an homage to Bartók’s Allegro barbaro.

No. 2 Handstand is the theme upside-down, with added notes. No. 3 is a Badinerie, a light French dance. Since I had to look up “badinerie” to discover that it means a pleasantry, I called it that instead. No. 4, originally called “Slow Waltz,” seemed to up the ante on the previous pleasantry, so I changed that title, too, then imagined the No. 5 Galop as a response.

No. 6 Intrada is followed by the first of four canons. No. 8 Canario, trading 6/8s and 3/4s, first saw light in my Baroque dance suite The Nobility of Women (2011), as did No. 11 Overture and No. 13 Branle, but all changed here to more closely accommodate the Bartók theme. The No. 9 Mazurka I first composed in the mid 1980s for extraordinary friend, teacher, and pianist Samuel Hsu. I then transcribed it for solo guitar; it has similarly been transformed for Bartók’s theme here. No. 10 Run and Jump is an imagined folk tune treated in an imagined Bartókian way, as is No. 15 Jump Rope, which describes the rocking back and forth before one jumps in, and the planned (or unplanned) acceleration by the rope turners, followed by what is often the consequence.

Other variations are self-explanatory. I was determined to include a polka for Milena somewhere, hence No. 18. No. 19 Lullaby was composed after watching our grandson Angus falling asleep in his mother Priscilla’s arms; No. 20, from the subsequent conversation, among us watching him sleep, about dreams of flying. In No. 21 Fanfare, the theme noses its way into right and left hands. The two middle voices in No. 22 Double Canon double the durations of the two outer voices. There are no particular ladies or talking heads I had in mind for Nos. 23 and 24, only amusing scenes. No. 25 is a bow to my gracious friend and longtime supporter of the Community Music School, John French.

I noticed that by prefacing one note, the theme sounded exactly like the beginning of Nun danket alle Gott, “Now Thank We All Our God,” and so No. 27 has obvious echoes to that hymn. No. 28 flips No. 2 Handstand yet again—making the theme upside-down and backward—but not rigorously, and in a different key. No. 29 is an expanded restatement of the theme, fleshed out with chords.

The first half of No. 30 Fugue’s subject, built on a moment from Bartók’s Music for Strings, Percussion, and Celesta, called to mind the “Children at Play” theme. The violently crushed seconds in the original are more playful here (sometimes expanding to sevenths), merging nicely into the theme to close out these variations.

I thank the Community Music School for honoring me with the delight of adding to their 30th Anniversary celebrations, I thank Milena Urban for the inspiration of her superb artistry, and I thank Milena and the School for opening their arms to a work five times longer than what they were expecting.