Fleisher Discoveries: Gutchë and Bloch: Industrialization and a Beach in Oregon

Bloch would take the path down from his cottage to Agate Beach, and there he would write out the expositions to all 48 fugues in Bach’s Well-Tempered Clavier, from memory. 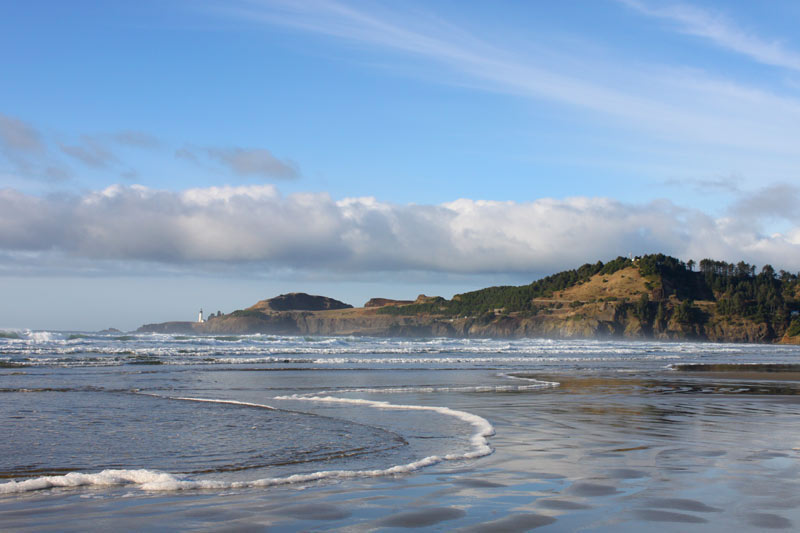 We have two works on the podcast today, one by Gene Gutchë, who was the focus of last month’s Discoveries, and one by Ernest Bloch. Both composers came to America from Europe: Bloch from Switzerland in 1916 when he was 36, and Gutchë from Germany in 1925 when he was 18, actually one year after Bloch received his US citizenship. So there’s that connection, and also that these recordings are available to us from the American International Music Fund archives, which the Fleisher Collection is digitizing under curator Gary Galván. But mostly I think these two pieces go together quite nicely.

Gutchë we heard on last month’s Discoveries podcast as I’ve said, and Bloch appeared in a podcast two years ago, from September 2020. Both of these programs, and all of our podcasts are available on SoundCloud and Spotify, so you can check these out at any time.

I made a passing reference to 12-tone music and Gene Gutchë, and I realize now that 12-tone music hasn’t fared very well in our last few podcasts. Gutchë didn’t like it at first, until his wife told him that, well, he didn’t like tomatoes at first, either, so he kept at it. It isn’t exactly a ringing endorsement, like being told you have to eat your vegetables or take your vitamins, and nobody needs to write in to tell me that a tomato isn’t a vegetable. I know that. It’s a mushroom. Just kidding.

But anyway we’ve had George Rochberg very publicly renouncing and then denouncing the Schoenberg school; Richard Yardumian avoiding it and finding his own way to handle all 12 pitches; Easley Blackwood calling it a dead-end; and Igor Markevitch having nothing to do with it. But it turns out that Gene Gutchë had no real beef with 12-tone music and did incorporate it into his works, like the one we’re about to hear.

What we should realize is that composers are—well, the successful ones, anyway—to a large extent, the most practical of artists. They look on the elements of music as tools to be used in creating their pieces. So, depending on the piece, on its aim, on its intended audience and so forth, they will employ whatever tools they believe will get the job done for them, hopefully, in as little time as possible. That isn’t to say that composers don’t have points of view or belong to schools of thought—of course, we’re all affected by our surroundings and the currents of culture we swim in. But successful composers, most of all, want to get the job done.

The work is called Epimetheus USA, Epimetheus being a figure in Greek mythology, who, along with Prometheus was tasked with giving gifts to the creatures of the earth. Turns out that he gave everything away before he got to the humans, and so he had nothing left when it was our turn. So his name has come to epitomize the error of rushing into action without thinking first.

He also married Pandora, she of the infamous box which released all sorts of evils into the world. Prometheus warned his younger brother Epimetheus not to marry her, but Zeus gave her to him, and who listens to his older brother, anyway?

Gutchë translates all this into a modern myth of the dangers of the gift of industrialization, exemplified by the United States and in particular, Detroit, the center of automobile production of course in 1968 when he wrote this. As the composer says of his reimagined myth, “Prometheus ignited the earth; Epimetheus took the fire to lighten a New World.” It was commissioned by Sixten Ehrling and the Detroit Symphony Orchestra.

It jumps off the stage with energy in its one movement of introduction, theme, and three variations. You’ll hear the theme in the E-flat clarinet after the exposition and development. The E-flat is smaller and plays higher than the normal B-flat clarinet, and has a very readily identifiable sound. A variation with the theme in the strings follows, very difficult and played brilliantly here by Detroit, then a variation with horns taking the lead, and the final variation, quick, scherzo-like, and not a little frightening.

Gutchë always composed quickly. He began writing this on October 21st, 1968 and finished it on November 6th, 1968. The premiere, which we hear now, was on November 13th, 1969. So from the archives of the American International Music Fund, a live recording digitized by the Fleisher Collection under curator Gary Galván, the world premiere of Epimetheus USA by Gene Gutchë. Sixten Ehrling conducts the Detroit Symphony Orchestra.

The world premiere of Epimetheus USA by Gene Gutchë. The Detroit Symphony Orchestra, who commissioned this, was conducted by Sixten Ehrling in this live recording from November 13th, 1969. Gutchë completed the work the year before. This recording was made possible by the American International Music Fund, digitized by the Fleisher Collection of Orchestral Music at the Free Library of Philadelphia under curator Gary Galván. This is Fleisher Discoveries, and I’m Kile Smith.

Next we’re going to hear the Suite modale, a work for flute and string orchestra, written in 1956 by Ernest Bloch. He wrote it at Agate Beach, Oregon, where he lived, about halfway between Portland and Eugene. This was the last place he lived out of many, and he would die three years later in 1959. He was from Switzerland and had been all over, to Germany, France, back to Switzerland, to the United States to conduct and teach, back to Europe for a brief spell but leaving under the threat of antisemitism and fascism, and returning to the States for good.

He had studied violin with the famous Eugène Ysaÿe. He was the first composition teacher at the Mannes School in New York, the first director of the Cleveland Institute of Music, director of the San Francisco Conservatory. He taught at the University of California at Berkeley, and he and his wife kept a house on the beach in Oregon, where he moved permanently after retiring from the University in 1952.

My first composition teacher was Edwin T. Childs, and I’m so pleased that we’ve kept in touch, mostly because I never run out of things to learn, but also because after our last show on Ernest Bloch, he wrote to tell me that another student of his lived next door to the Blochs in Oregon, and that her mother was in fact Ernest Bloch’s secretary. She said that every morning Bloch would take the path down from his cottage to Agate Beach, and there he would write out the expositions to all 48 fugues in Bach’s Well-Tempered Clavier, from memory. Dr. Childs has one of those pencil manuscript pages.

So that teaches me, as if I needed to know, that I still have lots to learn. And it reminds me that I don’t have a secretary.

But one of the last works Ernest Bloch wrote was this Suite modale for flute and string orchestra. We are going to hear it now, again in a live archival recording from the American International Music Fund, from the 1958/59 season of the Little Orchestra Society of New York. The flute soloist is Murray Panitz, who was then the principal flute of the Little Orchestra Society, but many in Philadelphia, and flutists everywhere, will of course know Mr. Panitz as principal flute in the Philadelphia Orchestra, where he went just a few years after this recording. He was in Philadelphia from 1961 to 1989, and sadly died just after retiring from the orchestra.

Panitz is a legendary flutist, and succeeded another one, William Kincaid, in the Philadelphia chair a year or two after Kincaid’s retirement. He immediately won over the orchestra players and audiences, not only by his gorgeous, ever-inventive playing, but also by his down-to-earth goodness and sense of humor. He once said he really could’ve been good if he’d ever practiced.

From the start, he knew that he had to establish himself as his own man, and not to try to play like Kincaid, of course, whom he nevertheless admired greatly. Well, early on Philadelphia was going to record Scheherazade. Panitz told this story, which took place a few weeks before the session:

“Ormandy asked me if I had ever played Scheherazade.

‘Do you know that we’re going to record it?’

‘Have you ever heard our orches­tra play it?’

‘Have you ever heard Kincaid do the solos?’

‘No.’ I could see that Or­mandy was getting edgy.

‘Well, I’ll let you have another recording of Scheherazade we made, and you can listen to it.’

‘Thank you very much, Maestro. I’ll listen to it as soon as the recording session is over.’”

So that’s one way of taking charge in your new job! Let’s listen to Murray Panitz now, as the soloist in the Suite modale of Ernest Bloch for flute and strings, in this live recording. It’s in four lovely, fairly short movements, Moderato, Moderato again, an Allegro giocoso, and a final Adagio. Thomas Scherman conducts the Little Orchestra Society of New York.

The Suite modale by Ernest Bloch for flute and string orchestra. The Little Orchestra Society of New York was conducted by its founder and director, Thomas Scherman. This live recording was made possible by the American International Music Fund, and digitized from the archives in the Edwin A. Fleisher Collection of Orchestral Music, in the ongoing project under curator Gary Galván, at the Free Library of Philadelphia. I’m Kile Smith.

The Fleisher Collection is on Facebook, and I’m on Facebook, I’m on Twitter @KileSmithMusic, and kilesmithmusic on Instagram, and my email is kile@kilesmith.com. Let me know how you liked this installment of Fleisher Discoveries. Dolores wrote in to say that we must be thanked for keeping these works housed in the Fleisher Collection and for bringing them to the attention of the public through our inspiring programs. I very much appreciate that, Dolores. It was a pleasure while I was working there in the Fleisher Collection, and now producing these podcasts while Gary’s doing such a great job as curator.

All of our podcasts are available all of the time, so check us out anytime for what we hope are all the interesting stories we have for you. Stay tuned for more Fleisher Discoveries podcasts coming to you every month, right here.