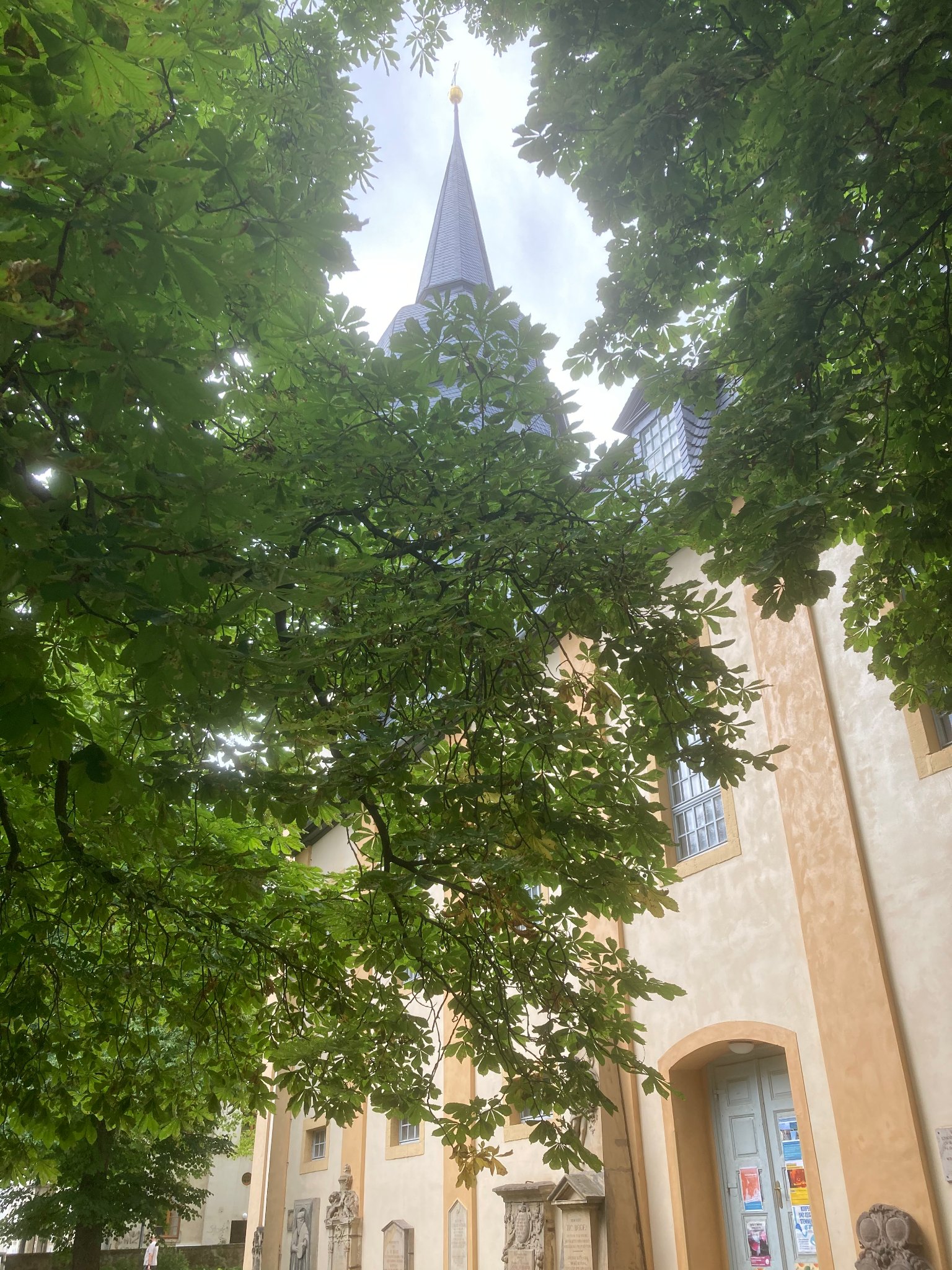 Leaving the Autobahn church in Gelmeroda, we entered Weimar, and after the St. Peter & Paul Kirche (called the Herderkirche after the Sturm & Drang philosopher & theologian Johann Gottfried Herder who was Herr Pastor there for a time) and outside it, the baritone/accordionist singing Schubert quite well, and peeks at the Duchess Anna Amalie Library, the Liszt Hochschule für Musik, and the Goethe Haus, and lunch, we wandered over to this, Skt. Jakobuskirche.

Keep that spire in mind as, hearing organ music, we go past the grave marker for the inestimable artist Lucas Cranach the Elder, who, along with many sacred paintings and altarpieces, has handed down to us Luther’s likeness many times. Cranach had been buried at Peter & Paul but was moved (transitively)—didn’t quite catch why except that it’s a Stadtkirche, lots of clerical & political worthies are interred there, and he may have been bumped for space.

Inside we meet the friendly organist who just happened to be practicing there. He insisted that Jacqueline Smith play (a scene repeated many times on our travels, Fred always introducing Jackie as the professional American organist to whoever may be there). While the organ-talk-and-spiel was transpiring I wandered over to stairs, which at the first landing had an arrow pointing up to the tower. I walked up, kept waiting to be stopped by a chain or locked gate (there was no one else in the church beside us three) but, meeting no such discouragement, kept ascending. Fred followed.

The first balcony was open. The second balcony, with the old organ Bach had played, according to the organist, was locked. (Bach worked in Weimar on one of his non-church gigs, but it could be that he played in any one of the Weimar churches, although we haven’t corroborated that he ever played the Jakobus.) Still ascending, appreciate the thickness of the wall as the stairs wrap around. The third balcony is locked. Then, the stairs tighter, enter the bell chamber—I’m always amazed by what it takes to hoist & install these, and their lumber, with ropes & pulleys. One more level, *above* the bells, and another, reachable only by ladder, this to the foot of the spire. I go up. 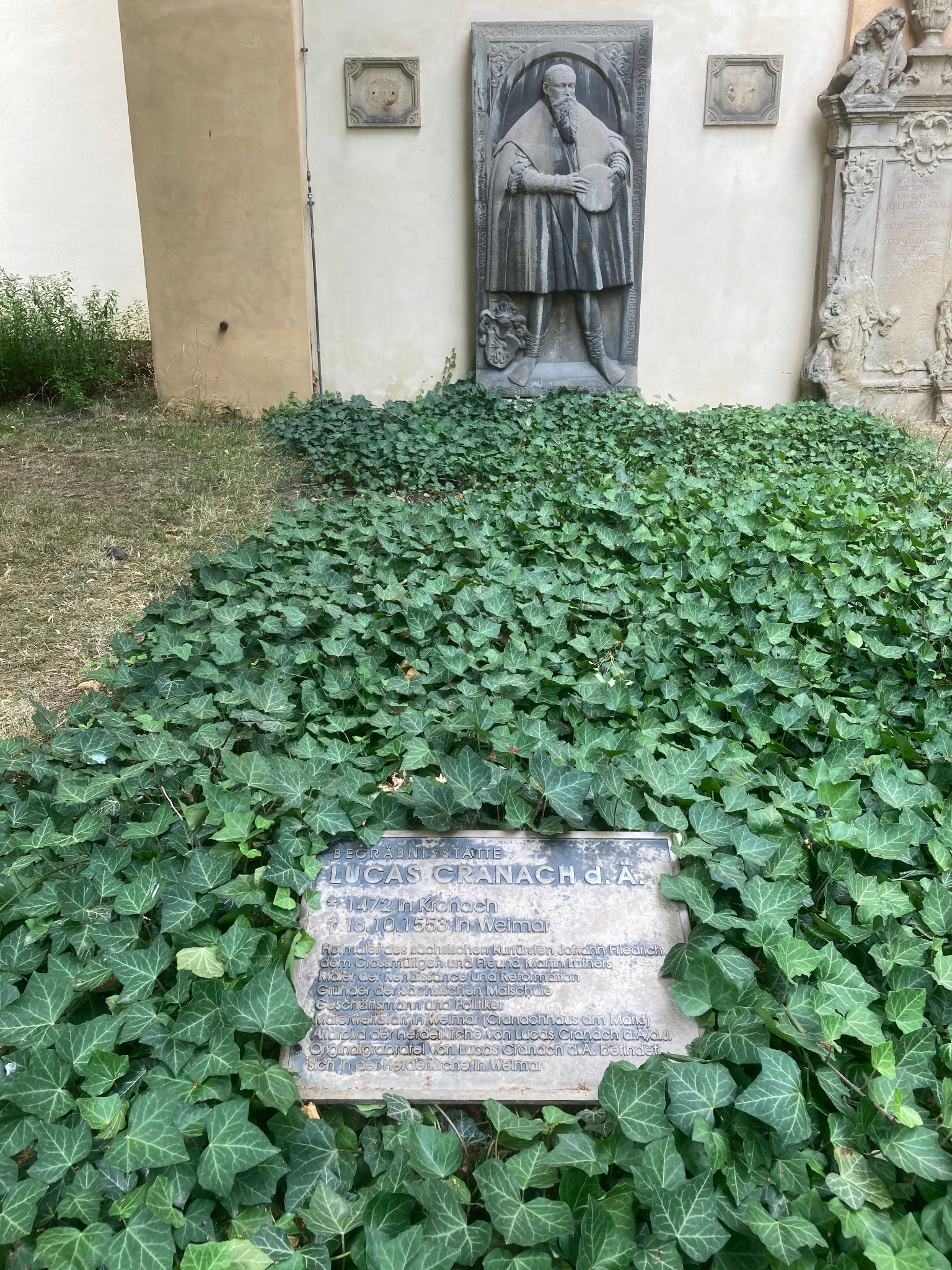 Sure enough, I hear Fred’s footsteps. He comes up the ladder, and here he is looking out of the spire. Oh, Fred’s 90. There’s probably a better lesson in there somewhere, but the only one I’ve learned is this: I never, ever complain when I’m around Fred.

That final photo is of another ladder, the last ladder (actually an array of ladders), taking you up all the way to the point of the spire. Taking *you* up, maybe, but not me, and not even Fred. 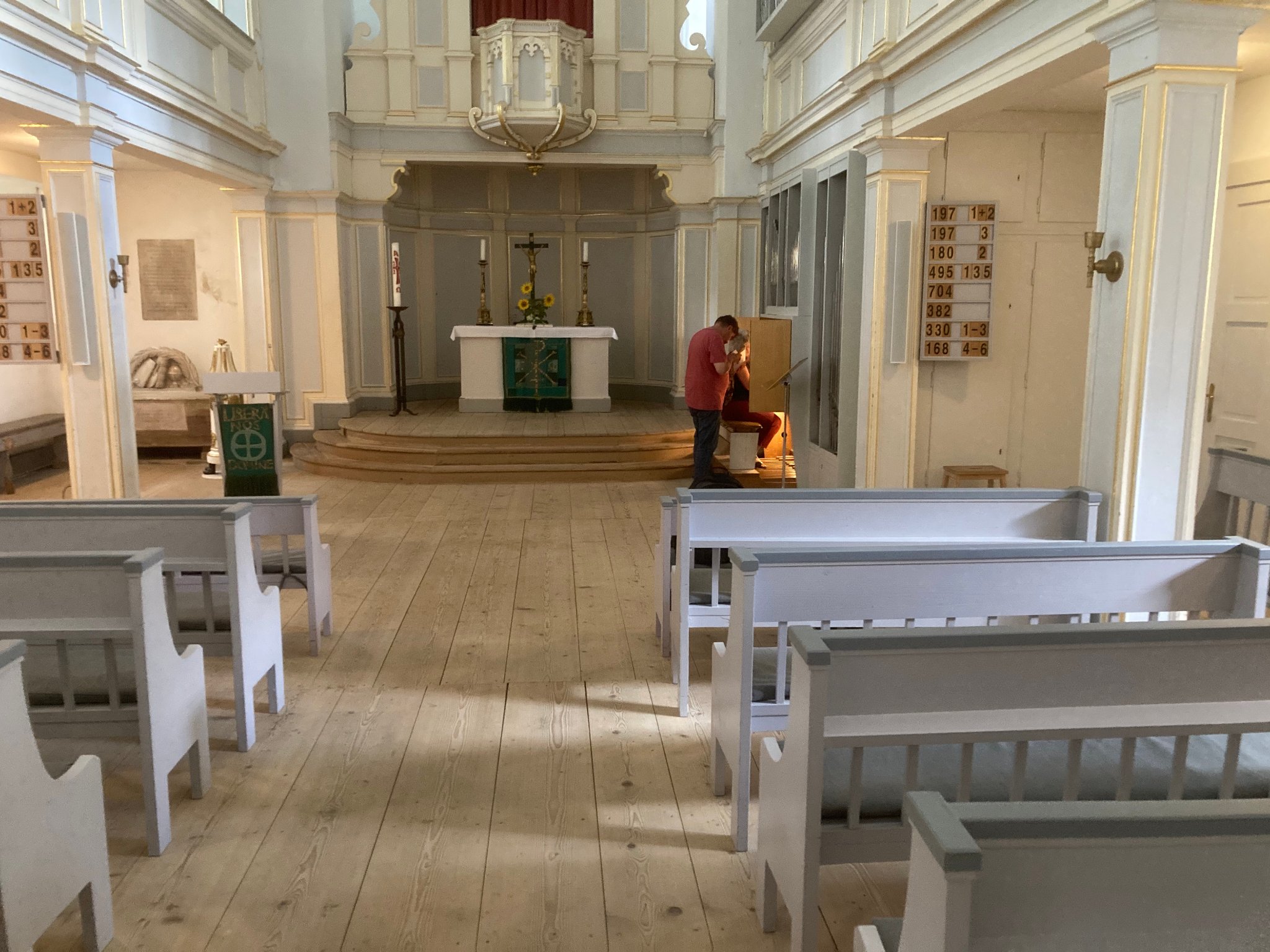 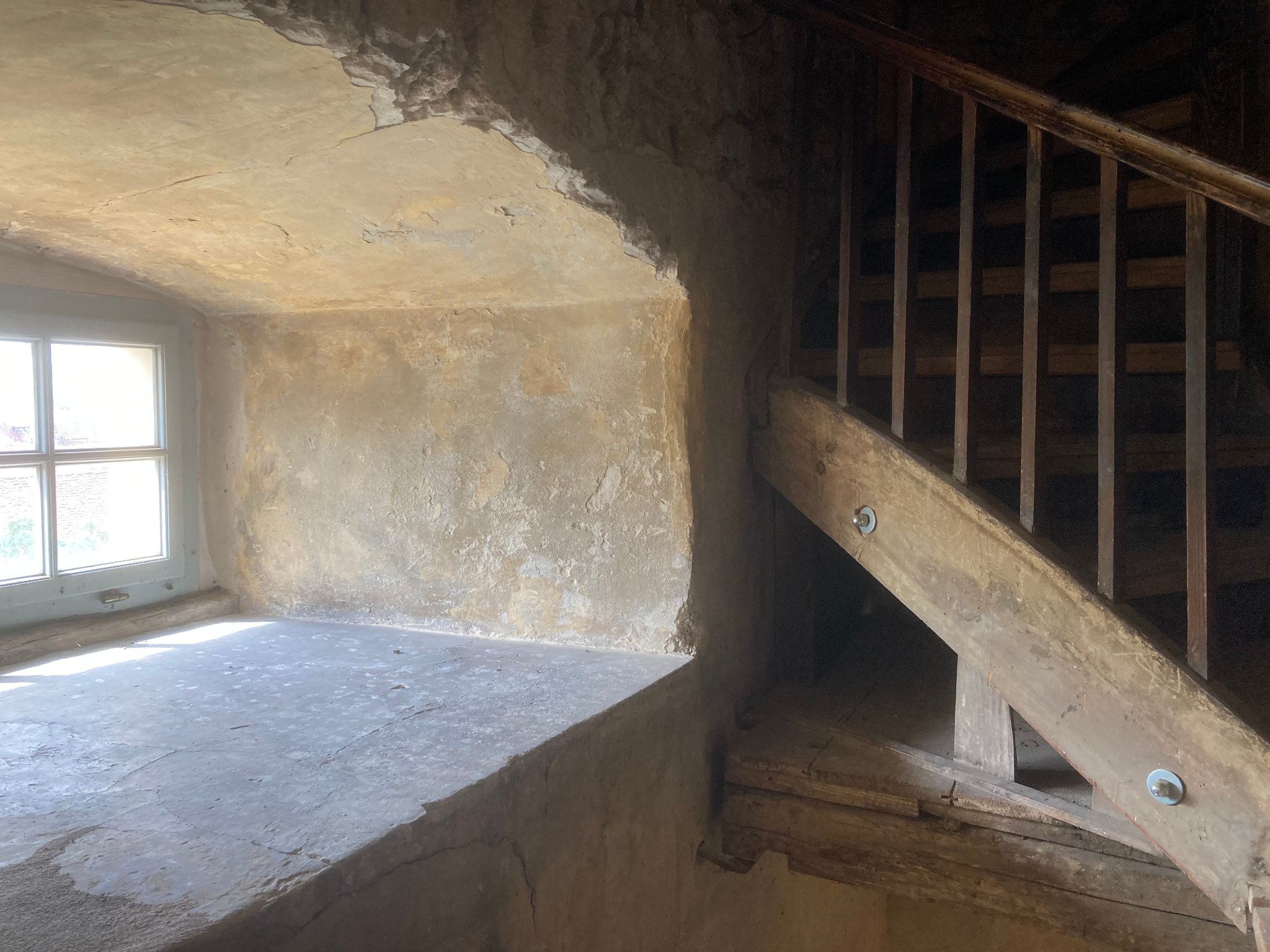 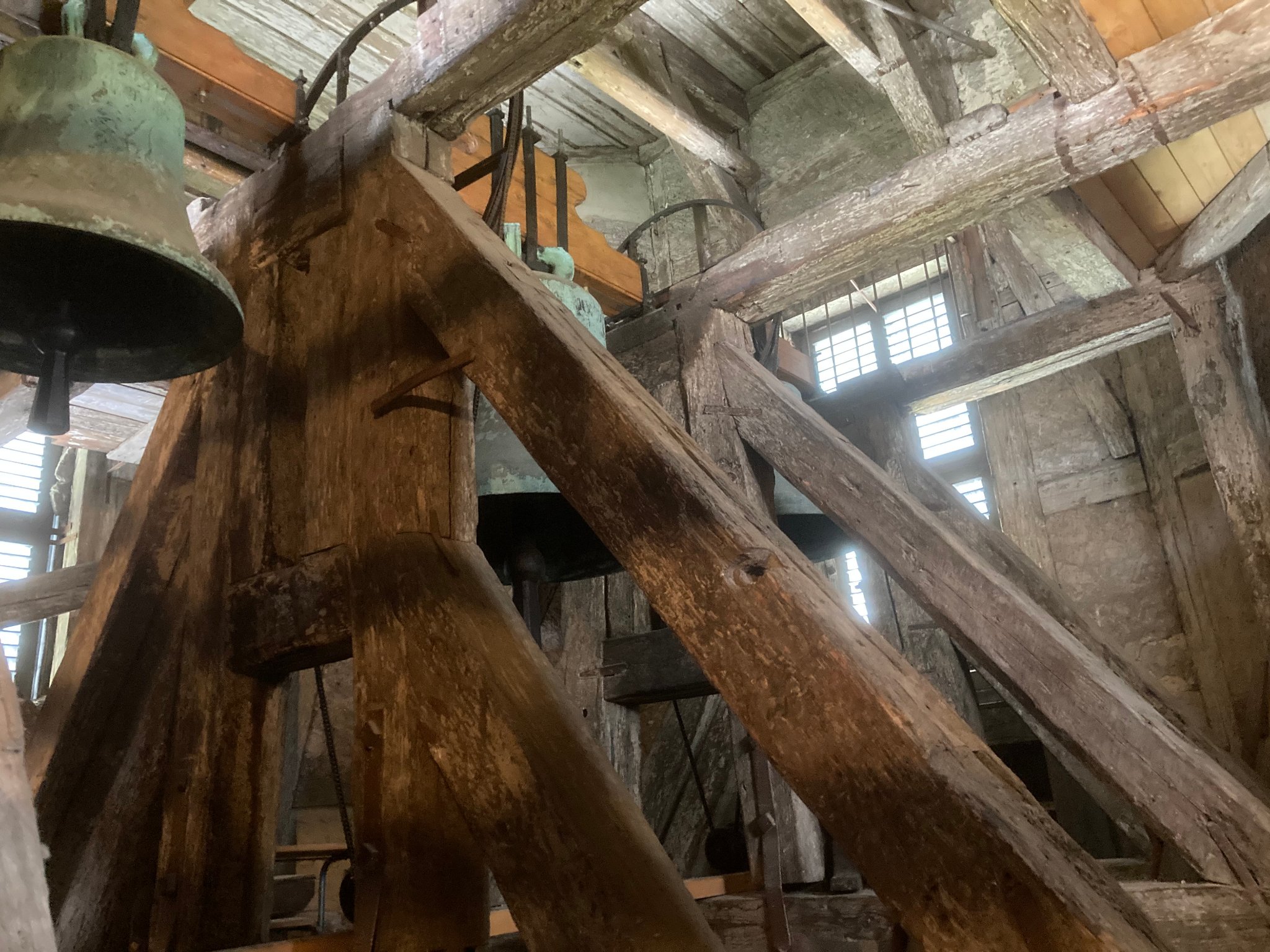 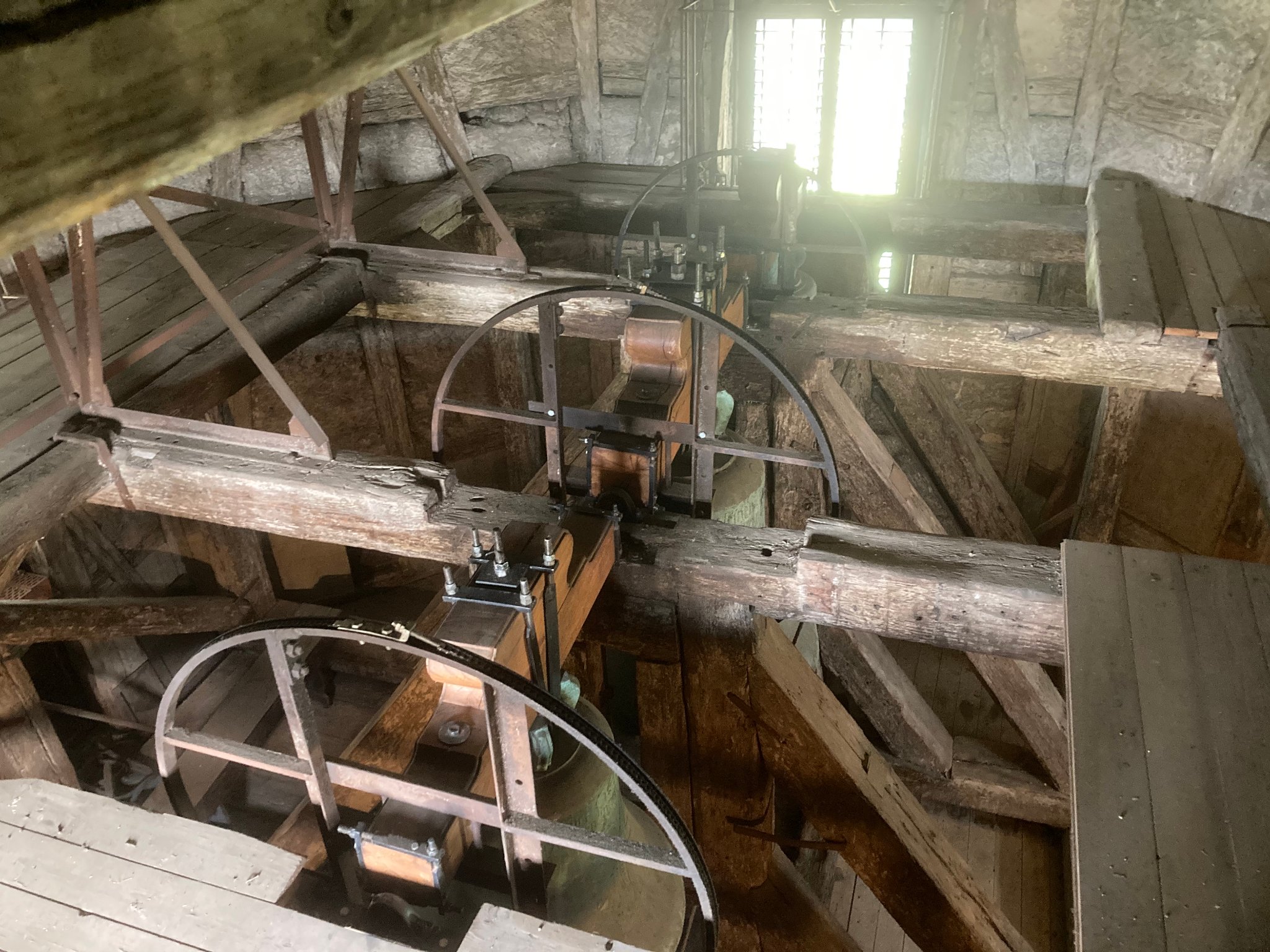 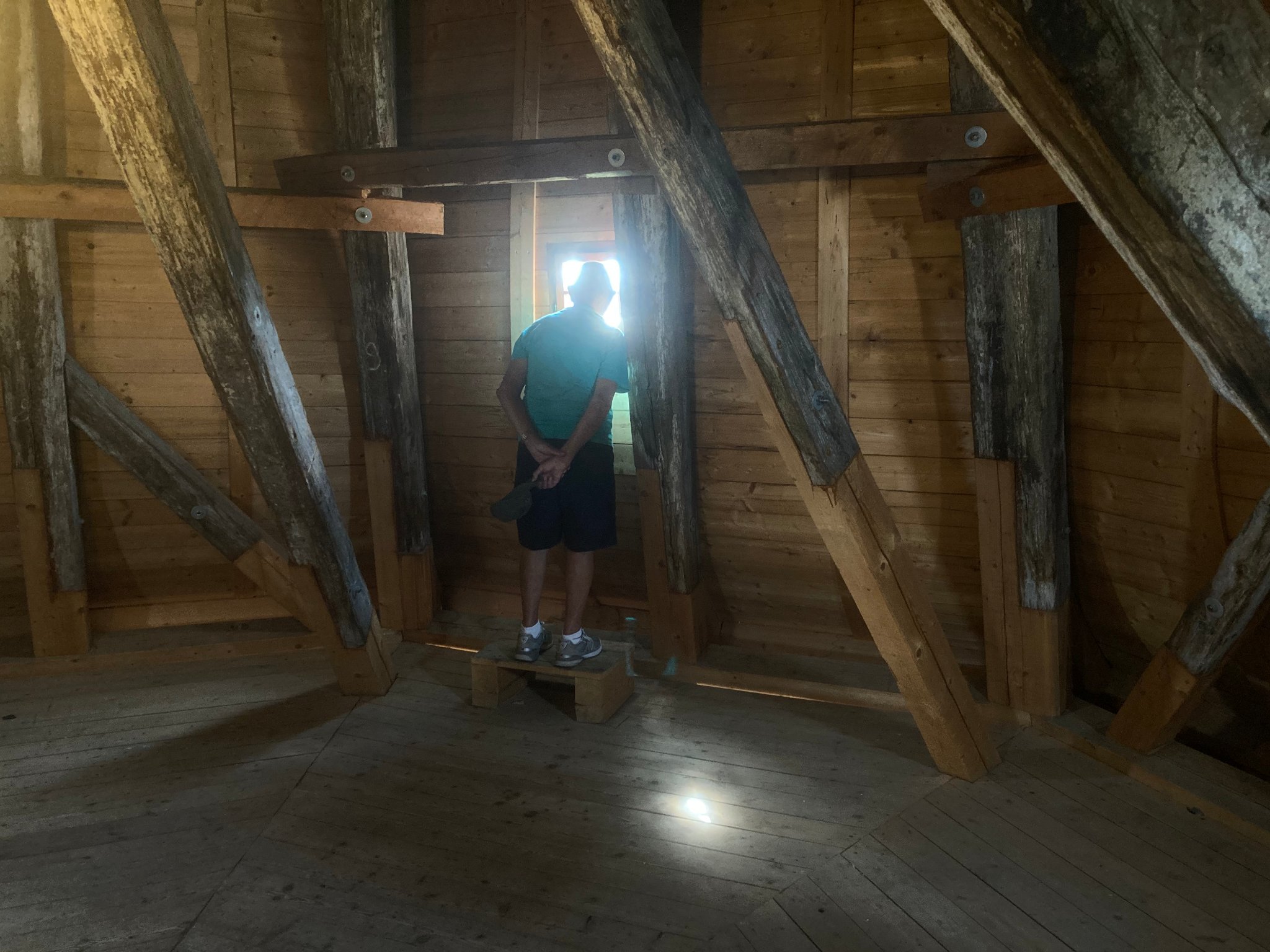 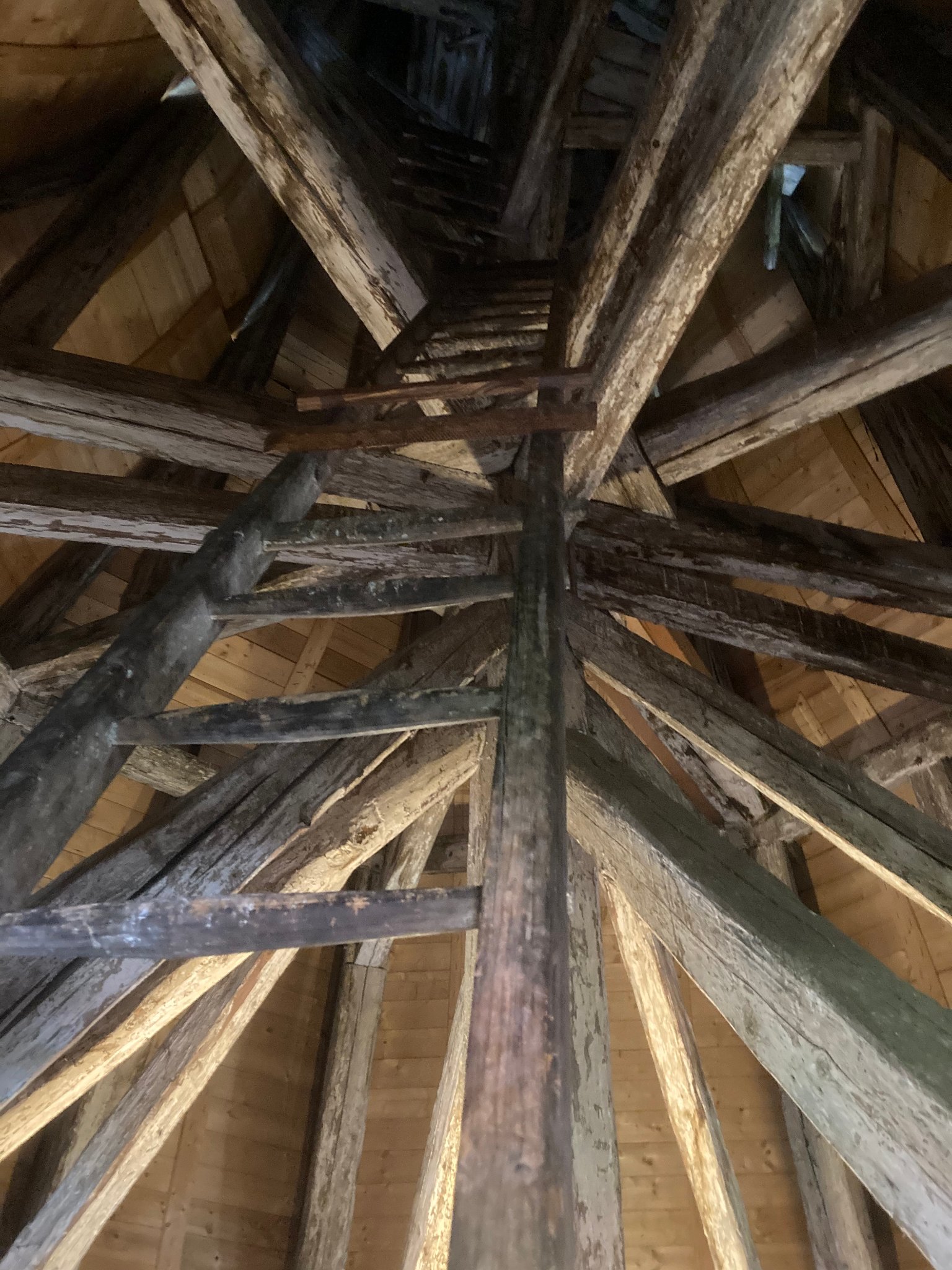