He was the assistant conductor at the Bavarian State Opera, then assistant at Augsburg Opera, then Kapellmeister, but Hitler came to power, and the purge of Jews began. So he went to Palestine. He was forbidden to work under the terms of his travel visa. So he changed his name… 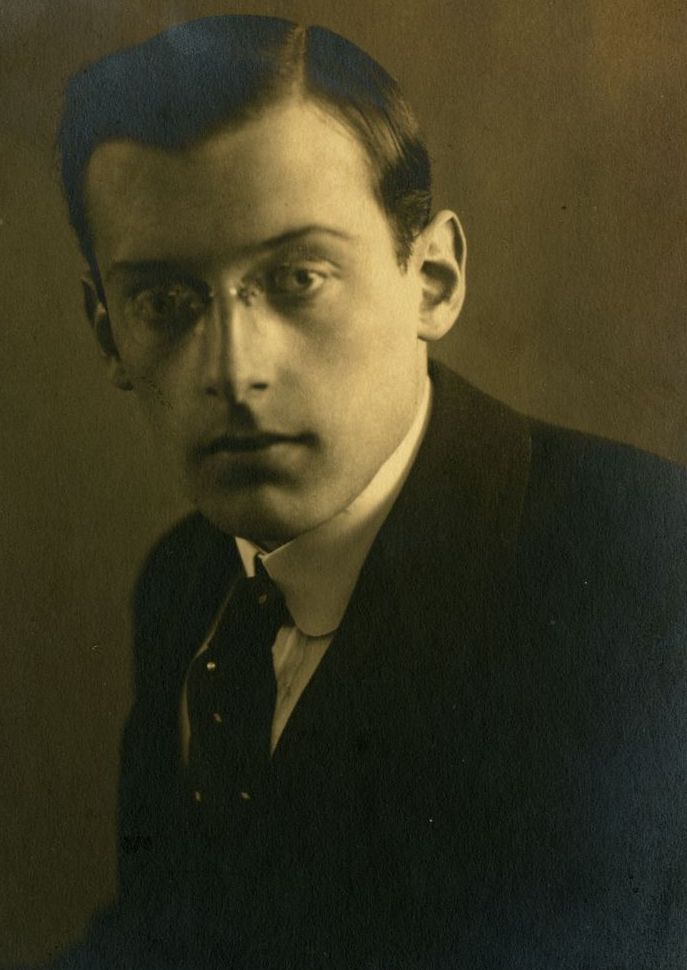 Paul Frankenburger was in his mid-30s and out of work, so he decided to change the scenery to see if that would help his prospects. It wasn’t just that he was out of work. He had been fired, everyone knew it, and there was no chance he would be hired again in his city. The city was Augsburg, and neither there, in his hometown of Munich, in his home state of Bavaria, or perhaps even in the entire country of Germany at that point would anyone hire him, because he was Jewish.

It was 1931, the Nazis were beginning to control Bavaria, and in two years they would run the country. They had made it clear that they were going to winnow out “undesirables” from the culture, and that included, first and foremost, Jews. The musicians’ union and all the authorities in culture and government began to sign on, and so the Augsburg Opera fired Paul Frankenburger.

His star had been rising. His grandfather, a volunteer cantor in the synagogue, had noticed Paul’s musical abilities, discovering that the young man had perfect pitch. Paul took violin lessons, then piano, and soon he was studying at the Munich Academy of Music and composing songs.

Then, World War I broke out, and he was called up to the army. An older brother was killed in battle. He himself almost was. After Germany’s defeat, he walked back to Munich from Belgium, and went back to school. Soon he was an assistant to Bruno Walter at the Bavarian State Opera, and when Walter left, he was assistant to Hans Knappertsbusch. He was composing and accompanying, and then he took the 2nd assistant director position at the Augsburg Opera. He soon moved up to the 1st assistant director, and then Paul Frankenburger was the Kapellmeister himself.

And then he was fired.

The trip Frankenburger took, away from Bavaria, away from Germany, was all the way to Palestine, then a protectorate of Great Britain. To apply for the six-month travel visa, he had to go through the British consulate. He signed an agreement with them not to accept any employment in Palestine. The 10,000-mark deposit he paid would be lost if he took on any work.

But when he arrived in Palestine, he almost immediately began working. He fell in love with Tel Aviv, where he stayed. It was warm. Earlier in his life he had traveled to Italy and he loved the sun, the soft breezes, the slower pace, the glowing people. This all came back to him in Palestine.

But when he wasn’t swimming in the Mediterranean, he took all sorts of job opportunities that came up. Professional musicians were thin on the ground, and despite his travel visa restrictions, he took jobs, playing the piano and teaching. A promoter befriended him—the manager of a violinist he’d met on the trip from Germany—and he wanted Frankenburger to give a concert. That would be pushing his luck, he thought. His name would be on posters and on programs, and he wouldn’t be able to hide this from the authorities.

The manager said it was no problem: just change your name. What was his father’s name? Heinrich. Fine, Heinrich in Palestine often becomes Haim. So, from now on you’ll be the son of Haim. It was October 1931, and from then on, Paul Frankenburger was Paul Ben-Haim.

Within two years the Nazis had gained control of Germany and Paul Ben-Haim moved permanently to Palestine. He eventually became the first Israeli composer of renown, and in 1940, when he finished his first symphony, it would be the first symphony by an Israeli composer, even though Israel didn’t gain official statehood until 1948. We are going to hear that symphony in just a moment.

Paul Ben-Haim’s music is often described as a bridge between Western, or German, influences and Eastern, or Mediterranean. You can hear it in this, his first symphony. There’s a clarity in the writing for the upper instruments—the winds, especially—and you can feel, perhaps, the soft winds breathing into Tel Aviv from the Mediterranean Sea. He uses music from a Persian Jewish song in the second movement, music which he had arranged for the folk singer Bracha Zefira, whom he often accompanied in concert. He also uses an Israeli hora dance in the third movement.

Ben-Haim has talked about these influences himself. The German counterpoint, in which he was trained, and the strongly locked harmonies, are all there, but there is that difference from his adopted country that wafts in. He was a transplant from the north who fell in love with his new land, and he admits it had an effect on his music.

The other influence for this symphony, which he began composing in 1939, was the growing Nazi menace which on September 1st of that year would metastasize into World War II when Germany invaded Poland. Paul Ben-Haim said that although this symphony is absolute music—that is, music without a story behind it—the war had to have played a part. This is what he said about it:

“the desire to compose a large-scale composition in the spirit of our people and country … the terrible rampage of the underworld forces must have had a powerful impact on my composition (at least on its first movement, and to some extent also on its last). Nevertheless, this composition is nothing but absolute pure music…”

But it ends, it seems to me, in hope. The first movement is Allegro energico, the second is Molto calmo e cantabile, very calm with a singing quality. The Finale is Presto con fuoco, very fast with fire. The composer conducted the premiere himself in Tel Aviv in January of 1941, with what was then called the Palestine Symphony Orchestra, now the Israel Philharmonic Orchestra. On Fleisher Discoveries, we are going to hear the North German Radio Symphony Orchestra, conducted by Israel Yinon. The First Symphony of Paul Ben-Haim.

The Symphony No. 1 of the German Israeli composer Paul Ben-Haim. Israel Yinon conducted the NDR, the North German Radio Symphony Orchestra. It was 91 years ago this month that Paul Frankenburger became Paul Ben-Haim, after his move from Germany to Palestine. This is his first symphony, composed in 1939 and 1940, and premiered in Tel Aviv in 1941. It’s the first symphony by an Israeli composer, a remarkable achievement for Paul Ben-Haim personally, and culturally for his new home that in seven years would become the State of Israel. This is Fleisher Discoveries, and I’m Kile Smith.

Paul Ben-Haim continued to teach in Israel and to write many concert works and music for the synagogue. One of his pupils, Shulamit Ran, came to the United States for college and in 1990 received the Pulitzer Prize in music composition. Ben-Haim received many awards from the State of Israel and in 1968 he received Germany’s highest honor, the Cross of Distinction, First Class. Munich honored their native son in 1972 with a concert of his music. Ben-Haim died in 1984 at the age of 86, and in 2010 the City of Augsburg named a street in his honor.

We saw already how the composer changed his name from Frankenburger to Ben-Haim, that Haim was his way of honoring his father Heinrich, who had taken him to synagogue in Munich those many years ago. Heinrich became Haim, so the son of Heinrich became Ben-Haim. Paul Ben-Haim, whose music had been banned by the Nazis, who had been fired from a top post in the Augsburg Opera because he was a Jew, and who wrote this symphony just as World War II broke out, dedicated this symphony “To the memory of my father.”

Ivan wrote in from Los Angeles to say that he enjoys our “incredibly interesting and detailed commentaries,” and that he finds Fleisher Discoveries “to be very enlightening.” He also knew a couple of the members of the Coolidge Quartet, which came up in our Nicolai Berezowsky show. Thanks, Ivan, for taking the time to write, and I appreciate your reaching out.

All of our podcasts are available all of the time, so check us out anytime for what we hope are the enlightening stories we have for you. Stay tuned for more Fleisher Discoveries podcasts coming to you every month, right here.