Elgar promoted him, his music sold hundreds of thousands of copies, he was as big as Elton John or Paul McCartney, but he died in poverty. So the music industry changed. 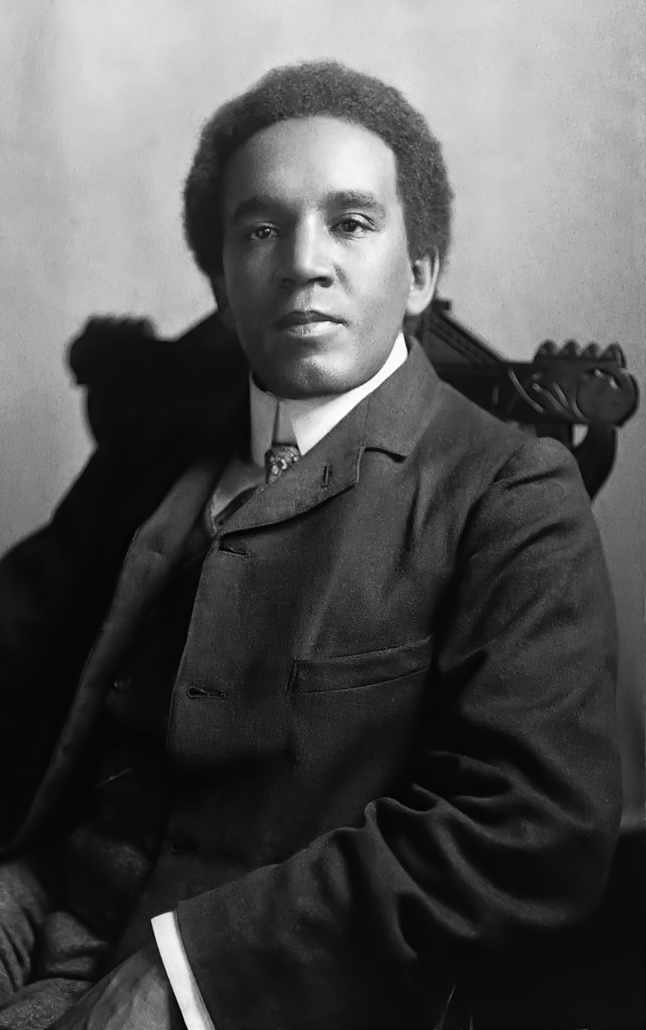 Composers make their living from different sources: commissions and publishing royalties chief among them. They also collect royalties on performances of their music, but that wasn’t always the case. And since they can’t keep track of every performance once their printed music is out there, especially if they’ve had any sort of success, they count on performing rights societies to do the tracking for them. It’s been said that the American performing rights society ASCAP owes its founding to the day Victor Herbert was walking down Broadway, heard a restaurant pianist, through an open door, playing a song from one of his hit operettas, and wondered why he, the composer, wasn’t making any money from it.

So Victor Herbert, Irving Berlin, and others founded ASCAP in 1914, and another society, BMI, followed in 1939. Most American composers, authors, songwriters, and publishers have the performing rights to their works licensed by one or the other. Every country has a performing rights society. In Great Britain it’s simply called PRS, or Performing Rights Society, and it was founded the same year as ASCAP, 1914, and a big reason for its founding wasn’t because a famous composer heard his music wafting out of a doorway, but because a famous composer died, and everyone was horrified when they discovered that his family was left almost penniless. That composer was Samuel Coleridge-Taylor.

In 1900, according to PRS, Coleridge-Taylor was as big as Elton John or Paul McCartney. He was enjoying monumental success with his oratorio triptych The Song of Hiawatha. In fact, buzz for the first section, Hiawatha’s Wedding Feast, was so huge that the publisher asked for the next part even before the premiere of the first had taken place.

Choirs and societies were named for him. Schools in Baltimore and Louisville were named for him. He made three tours of the United States, conducting his works. Musicians in New York City called him “the African Mahler.” Oh yes, Samuel Coleridge-Taylor was black. He was, in fact, biracial. His father, a doctor from Sierra Leone, was descended from the liberated slaves who founded Freetown, the capital. Some of them were English loyalist slaves from America who had been liberated back to England at the time of the American Revolution. Some of them had gone to Nova Scotia but later made their way to Sierra Leone. They built the country with white English settlers, with blacks from Jamaica and other parts of the Caribbean, with slaves from New Orleans, and with slaves England had liberated from slaving and pirate ships.

The composer’s father, Daniel Taylor, had studied in London where he met the white Englishwoman Alice Martin. When Taylor went back to Sierra Leone for a job, he did not even know that Alice Martin was pregnant. So she lived with her father and named her baby Samuel Coleridge Taylor. (That was without the hyphen between Coleridge and Taylor; Samuel added the hyphen later.) She was a fan of the poet Samuel Taylor Coleridge, and with the boy’s father’s name of Taylor, that is the provenance of the composer’s name, and that is why musicians who love English poetry have been mixing up the names ever since.

There were musicians in this extended family. Samuel’s grandfather, in whose house he was being raised, played violin, and so he put a violin in the child’s hands early on. He became so proficient that they took him to the Royal College of Music, who accepted him at the age of 15. He switched to composition, though, and studied with the eminent Charles Villiers Stanford, who would later teach Ralph Vaughan Williams.

By the time Coleridge-Taylor was 22, he was not only composing up a storm, he was getting noticed. When the influential Three Choirs Festival approached Edward Elgar for a commission, he demurred because he was too busy at the time. But he told them to commission Coleridge-Taylor, whom he recommended as the “cleverest” of all the young composers. Elgar knew about Coleridge-Taylor in part from his friend, the critic and music editor August Jaeger, who told Elgar that Coleridge-Taylor was a “genius.” And if you’re really up on your Elgar, you’ll know that Jaeger, which means “hunter” in German, is the “Nimrod” of Elgar’s Enigma Variations.

Coleridge-Taylor wrote the Ballade in A Minor for the Three Choirs, and it was so well received that London could hardly wait for Hiawatha’s Wedding Feast. Stanford conducted the premiere, and in 1898 it launched Coleridge-Taylor, at age 22, to international fame.

Composing and conducting, he went on three trips to the United States. He was invited to the White House by President Theodore Roosevelt. He already had a keen interest in America through the rich and troubled history of slaves and freed slaves, many of whom were from the U.S. and had settled in Sierra Leone, the country of his father. His interest extended, obviously, to the Native American culture as he knew it from the Longfellow Hiawatha poem.

It’s easy to scoff at it now, but what Longfellow had done was remarkable. Hiawatha was a real person, but the poem is based on legends from other Indian cultures—real stories and real legends handed down by generations of Native Americans across the land, and re-invented as a way of honoring a heroic and vibrant culture recognized as something existing nowhere else on earth. Longfellow’s 1855 poem, and Coleridge-Taylor’s musical handling of it four decades later, struck a chord on both sides of the Atlantic.

In London Coleridge-Taylor also met two Americans, the poet Paul Laurence Dunbar, and the influential author, speaker, and activist W. E. B. Du Bois. They encouraged him to look to his African roots as inspiration for his concert music, and this he relished doing. He looked on it as no different from how Dvořák used Bohemian sources in his music.

Let’s hear now what some consider Coleridge-Taylor’s most significant orchestral work, his Symphonic Variations on an African Air. The African American spiritual “I’m Troubled in Mind” is the genesis of these variations, and as is often the case, the spiritual speaks directly to the slave experience. One of the verses reads, “In dark days of bondage, to Jesus I prayed / To help me to bear it, and He gave me His aid.” And then the chorus: “I’m troubled, I’m troubled, I’m troubled in mind / If Jesus don’t help me, I surely will die.”

Hear how nimble these variations are, and their scoring in the orchestra. Coleridge-Taylor was 30 when he composed this in 1905. He conducted the Royal Philharmonic Society in the premiere at the Queen’s Hall in London in 1906. On Fleisher Discoveries, Grant Llewellyn leads the Royal Liverpool Philharmonic Orchestra in the Symphonic Variations on an African Air by Samuel Coleridge-Taylor.

That was the Symphonic Variations on an African Air by Samuel Coleridge-Taylor. The Royal Liverpool Philharmonic Orchestra was conducted by Grant Llewellyn. This is Fleisher Discoveries, and I’m Kile Smith.

Our next work is from three years later and again shows how Coleridge-Taylor took the advice of Dunbar and Du Bois. Bamboula is the name of a drum but more pertaining to our purposes it is the name of a dance from Haiti that made its way to the New Orleans Creole population. Louis Moreau Gottschalk brought it onto the classical stage in the 1850s with his Bamboula…

and we’ll hear the Bamboula, Rhapsodic Dance for Orchestra by Samuel Coleridge-Taylor now. The Bournemouth Symphony Orchestra is conducted by Kenneth Alwyn.

The music of Samuel Coleridge-Taylor on Fleisher Discoveries, The Bamboula, Rhapsodic Dance for Orchestra. Kenneth Alwyn conducted the Bournemouth Symphony Orchestra. Coleridge-Taylor composed that in 1909 for the Norfolk Festival in Connecticut, and dedicated it to Mr. and Mrs. Carl Stoeckel, who ran the festival and who commissioned this work.

All was going so well for the composer, so it is especially sad that he died only two years later, in 1911 at his home in the London borough of Croydon, at the age of 35. His death is attributed to pneumonia, brought on or at least not helped by overwork. He left a wife and two children, their son Hiawatha and daughter Avril, who both became musicians.

The London musical establishment was shocked by his early death, and then doubly shocked to learn that such a famous and successful composer, with abundant and high-level performances, left a family in poverty. How could that be possible? It was possible, as we said at the outset, because performance royalties had not yet been realized under the copyright laws only recently established in England, America, and elsewhere. And as a young composer, for ready money he had sold the entire rights of his Hiawatha trilogy to the publisher—the very music that had made him a star, the music that had sold hundreds of thousands of copies. He sold it for 15 guineas, not even $200 today.

So there was a groundswell of activity to, first of all, help the Coleridge-Taylor family. A memorial concert at Albert Hall raised almost, in today’s money, $200,000. Then King George V settled a royal pension on Coleridge-Taylor’s widow of almost $16,000 a year. And in a few years, when the Performing Rights Society was formed, it made sure that she collected royalties on all Samuel Coleridge-Taylor performances going forward. And his music—from Hiawatha excerpts to songs, a violin concerto, and other orchestral music—has never left the concert stage since that day.

Dolores emailed that she found our Paul Ben-Haim story “fascinating” and she “loved reading about him.” So thanks for that, and remember that all of our podcasts are available all of the time. You can check us out anytime for what we hope are the enlightening stories we have for you. Stay tuned for more Fleisher Discoveries podcasts coming to you every month, right here.