On our New Year’s show, another example of the power of concert music to constantly reinvent itself as it reaches out to, and accepts, every kind of music into its orbit. 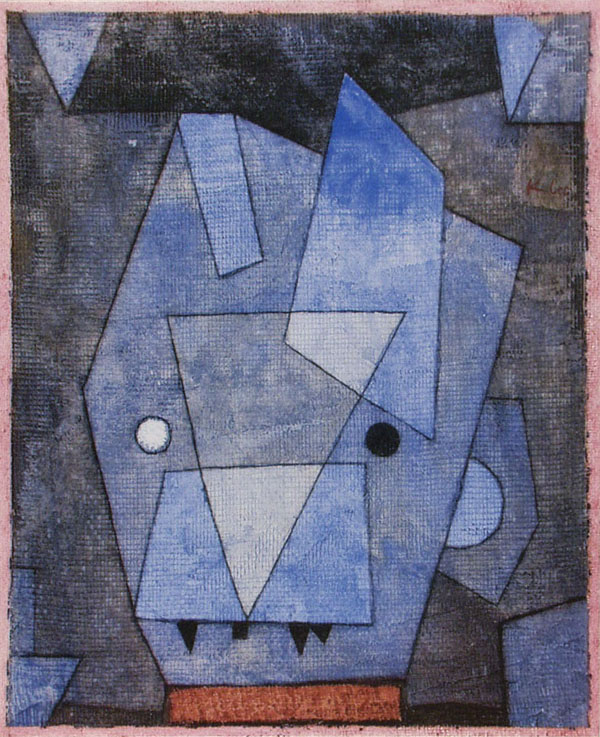 And then a post from a Facebook friend, a buddy from high school, brought my attention to legendary jazz trumpeter Maynard Ferguson and a piece he played with the New York Philharmonic in the ’50s. The piece is called Titans, it’s by William Russo, and I remembered it well because I remember looking at the score in the Fleisher Collection, and its high, high Ds for solo trumpet in the last movement. Mind you, this would be the D an octave above the D above the treble clef staff. Russo wrote it for Ferguson, and those Ds are burned into my memory. Well, more of that later.

This got me to thinking of a show about an interesting episode in classical music called “Third Stream.” It’s briefly defined as a fusion of classical (one stream) and jazz (another), and the person who coined the term was composer Gunther Schuller. He was looking for a new way to compose, a new way that would incorporate the new directions jazz was taking in the 1950s. He loved listening to and playing jazz and classical music and was trying to make sense of it all.

So on Fleisher Discoveries on this New Year’s new beginnings show we’ll dip into Third Stream as we listen to Gunther Schuller, his Seven Studies on Themes of Paul Klee, and the Finale, the solo trumpet movement, from William Russo’s Symphony No. 2, Titans.

Gunther Schuller is one of the more amazing figures in American classical music. He was a luminous presence in at least six areas: he was a composer, a conductor, a French horn player, an author, a teacher, a publisher, and as administrator, he was from 1967 to ’77 president of the New England Conservatory.

All of this and not one degree; he didn’t even finish high school. He was born in New York City to German immigrant parents. His father Arthur was a violinist in the New York Philharmonic. Gunther played flute and French horn and by 15 was a professional hornist with the American Ballet Theatre. Then he dropped out of high school to get another job—as principal horn of the Cincinnati Symphony Orchestra. A couple of years later he came back to New York as principal horn of the Metropolitan Opera Orchestra. He married, he was composing late at night after the opera, and in his spare time he became a sought-after session player. Here he is backing up Frank Sinatra in 1950, on “Come Back to Sorrento.”

In 1955 Gunther Schuller founded the Modern Jazz Society with the Modern Jazz Quartet’s pianist John Lewis. Schuller played on Miles Davis’s 1957 Birth of the Cool album. He pretty much gave up performing in 1959 for composing and teaching, and then at New England Conservatory he started the first fully accredited conservatory jazz program. He founded the New England Ragtime Ensemble there, and even a country fiddle band. I don’t have time to list all his accomplishments, but with all this, and a Pulitzer, a Friedheim, two Grammys, and a MacArthur g enius grant, it’s no wonder that Alan Rich in New York Magazine wrote, “Gunther Schuller isn’t merely a musician, he’s a monopoly.”

In 1957 he gave a speech at Brandeis University where he first used the term “Third Stream.” Other than a fusing of jazz and classical, it’s hard to define, as he admitted throughout his life, but he did say what it wasn’t: among other things, Third Stream isn’t jazz with strings, isn’t bits of Schoenberg between bits of bebop, isn’t jazz players playing classical music or classical players playing jazz. It isn’t a fugue stuck in the middle of an improvisation.

Rather, it’s like—and metaphors are usually the only way we can define anything in music—it’s like what Bartók did with folk music. He completely learned it, loved it, digested it, and breathed its rhythm, its color, and its way of approaching melody, and then he wrote his music that we hear as “Bartók.”

So there are as many Third Streams as there are Third Stream composers or Third Stream pieces. So-called classical composers come at it one way, maybe, and so-called jazz composers come at it another way, maybe, but it’s the outlook of jazz brought into the outlook of concert music. Or vice versa. After a few decades, Schuller thought it would be like what happens to the Mississippi downriver. It isn’t one or two or even three rivers, but it’s thousands of them, a delta of music.

But the best way to get a handle on it is to hear it, and Gunther Schuller’s 1959 work Seven Studies on Themes of Paul Klee is a great way in. He wrote music on specific paintings by Klee, the Swiss artist who taught at the Bauhaus school in Germany. The seven paintings, and therefore seven movements, are: 1. Antique harmonies, 2. Abstract trio, 3. Little blue devil, 4. The Twittering-machine, 5. Arab village, 6. An Eerie moment, and 7. Pastorale.

Here’s a link to the paintings, with brief descriptions of the movements they’re attached to. Jazz elements are most obvious in No. 3, Little blue devil, but the soul of jazz I think breathes throughout this remarkable work. Much of the melodies sound as if they’re being improvised, but they’re not; it’s all written out. Commissioned by the Minneapolis Symphony, The Ford Foundation, and the American Music Center, this premiered with Minneapolis in 1959 under Antal Dorati, to whom it is dedicated. Here is Seven Studies on Themes of Paul Klee by Gunther Schuller in a 1998 recording by the Radio Philharmonic of Hannover, the composer conducting.

Seven Studies on Themes of Paul Klee by Gunther Schuller. Schuller himself conducted the Radio Philharmonic of Hannover in this recording from 1998. This is Fleisher Discoveries and I’m Kile Smith.

As I hinted previously, Third Stream music wasn’t limited to Gunther Schuller, and he took no credit for inventing the idea of a jazz and classical fusion. It had already been going on since the ’30s, at least, or farther back, if you wanted to stretch it to include George Gershwin’s Rhapsody in Blue and Piano Concerto. But Schuller gave it a name, and from the late ’50s on there was a small explosion of works consciously seen as Third Stream. From the jazz side there was Miles Davis’s Sketches of Spain, there was Ornette Coleman, Duke Ellington, John Lewis and the Modern Jazz Quartet, and many others.

From the more classical side of things there were elements of it in Copland’s Clarinet Concerto, written for Benny Goodman, Leonard Bernstein in West Side Story and elsewhere, but more fully realized in other composers, such as William Russo and his second symphony he called Titans, which Bernstein premiered with the New York Philharmonic in 1958.

Now I just put Russo on the classical side but that may be a mistake, and shows how much of a gray area this fusion becomes. This is because William Russo was a jazz trombonist and led his own Bill Russo Orchestra. He had gained his serious jazz chops and street cred as an arranger for Stan Kenton, Cannonball Adderley, and many others. It was with Kenton’s orchestra in the early ’50s that Russo not only got to know the playing of, but also befriended, Kenton’s phenomenal solo trumpeter, Maynard Ferguson.

Ferguson later led his own bands, and Russo went on to other things, but when he was awarded a Koussevitzky Foundation commission for his Symphony No. 2, to be premiered by New York and Bernstein, he turned to Maynard Ferguson for the last of the four movements. This Finale is legendary among trumpet players for its fiendishly high and difficult part. Bernstein himself didn’t believe that anyone could actually play it.

There are a couple of funny stories, both involving the Philharmonic’s principal trumpet, William Vacchiano. At the first rehearsal, when Maynard Ferguson made his long-note entrance in the Finale, which we are about to hear, Bernstein stopped the orchestra and said, “Mr. Ferguson, perhaps you didn’t notice, but I believe that’s supposed to be a mezzo-forte.” In other words, Maynard was playing too loud. Before he could say anything, Vacchiano called out, “Maestro, that is his mezzo-forte!” At which, Bernstein, Ferguson, and the entire orchestra laughed, and the tension was broken.

Vacchiano was amazed by Ferguson’s playing, not only in just reaching those unreal high notes, but to hit them big and fat and to do something with them. Vacchiano was asked later what he thought of Maynard Ferguson, and he said that if Ferguson ever busted his lip he could get a job as principal trumpet with the New York Philharmonic. Now that’s some major props, one brass player to another.

Here’s that last movement to Titans, the Symphony No. 2 of William Russo. In the symphony and especially this last movement, Russo celebrates the individual power of people to create their own destiny. We can see why he turned to the most powerful, titanic player he knew to encapsulate this for the Finale: Maynard Ferguson. Here’s the live premiere with Ferguson as soloist, and with Leonard Bernstein leading the New York Philharmonic. The last movement of Titans by William Russo.

The Finale of Titans, the Symphony No. 2 by William Russo, Leonard Bernstein conducting the New York Philharmonic in this live recording of the premiere in 1958. As you could hear, there was also a solo trumpet in that movement, and those phenomenal super-high Ds, along with everything else, were played by the friend of the composer and the only player on the planet at the time who could navigate them, Maynard Ferguson. A titan, indeed.

The Fleisher Collection is on Facebook, and I’m on Facebook, I’m on Twitter @KileSmithMusic, I’m kilesmithmusic on Instagram, and my email is kile@kilesmith.com. Let me know how you liked this installment of Fleisher Discoveries, our look at Gunther Schuller, William Russo, and the intersection or fusion of classical and jazz known as Third Stream music. As Schuller, who coined the term, knew, Third Stream was just another example of the power of concert music to constantly reinvent itself as it reaches out to, and accepts, every kind of music into its orbit.

A number of listeners have told me how much they liked last month’s Christmas show. Thanks to all of you for that, and remember that all of our podcasts are available all of the time. You can check us out anytime for what we hope are the enlightening and maybe even funny stories we uncover for every show. Stay tuned for more Fleisher Discoveries podcasts coming to you every month, right here.