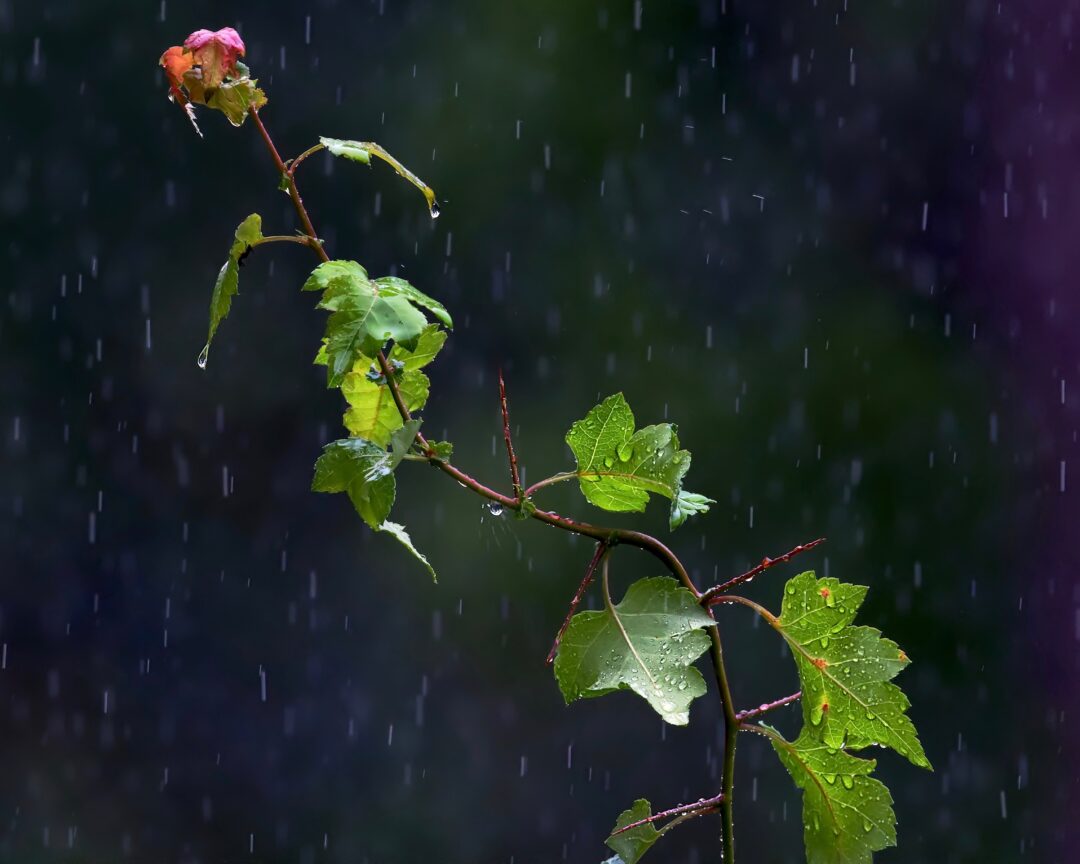 April Showers starts at 27:49
We were mired in the 2020 pandemic when Craig Hella Johnson asked me for a work for four soloists with piano for an April 2021 Conspirare “virtual” concert. (It would later be postponed to June, but I had already written the piece with April on my mind.) My first idea was to find optimistic poems from the end of the last global health crisis, 1918’s Spanish Flu, which was also when World War I was ending. But I didn’t find much that suited me, other than Siegfried Sassoon’s “Everyone Sang,” which I had already set a few months earlier. So I expanded my search to popular song lyrics of the time.

With their themes of solitude, loss, love, dreams, and hope, these songs from 1921 to 1924 spoke to me, especially for a choir missing “That Old Gang of Mine.” Tired of sickness, loneliness, and political strife, we miss our friends and loved ones. Each of these songs sing of our separation from, and our love for, each other, and of our hopes for reuniting.

All of the music is entirely new. (See below for the composers of the original songs.)* I’ve employed the singers as a solo quartet: that is, each singer takes substantial and brief solo turns, and all act as backup singers to each other.

I dropped the long recitation verse from “That Old Gang of Mine” (baritone solo)—the missed friends he sings about, we learn, were killed in the war—but the two verses and chorus speak to any group, like a choir, that hasn’t met in a long time. Just as Ray Henderson did in his 1923 song, I took the four melody notes from “Sweet Adeline,” a still earlier song often harmonized by barbershoppers.

The most intricate textual road map of the set is in “All Alone” (soprano solo). The fugal motif in the C minor verse foreshadows the tune, carried by the mezzo-soprano, in the D major chorus. Then, while we hear the chorus lyrics, the soprano overlaps that with text from the second verse. The other singers take up the verse lyrics, so the soprano then switches back to the chorus text, but this time with the C minor verse music. And just when it sounds as if it will again modulate to D major, the song ends.

“The Prisoner’s Song” (tenor solo) was not only one of the first hits in country (then called hillbilly) music, it was one of the biggest-selling singles of the early 20th century. Artists continued to cover it, until at least the 1970s with Johnny Cash and Hank Snow. I’ve set four of its five verses, but repeat verse four, with its evocative phrase “If I had wings like an angel.” Verse three serves as a B minor bridge in the key of G (I like that in country, sad songs are often in major keys). I’ve given the piano left hand something of a rhythm guitar feel.

“Tea for Two” is mostly a solo for mezzo-soprano, but the baritone does enter for a duet. The B-flat verse, beginning with sparse accompaniment, transitions to the chorus in A-flat, where it stays for the remainder of the song, the two playfully singing to and with each other.

Everyone solos in “April Showers,” with longer ones for the soprano and tenor, adding up to a fairly even distribution of solos for each of the singers throughout the cycle. The chorus is more than twice as long as each of the two verses, so I treat the verses more as episodic improvisations. After verse two’s soprano and tenor flights of fancy, all four singers engage in choral riffs, as saxophones might in a swing band piece. From the ending phrase “When April showers come along,” I repeat the last two words as an invitation to the listener: “come along.”

1. That Old Gang of Mine (Text: Billy Rose & Mort Dixon, 1923)
I’ve got a longing way down in my heart
For that old gang that has drifted apart.
They were the best pals that I ever had,
I never thought that I’d want them so bad.

Last night I strolled to that old neighborhood,
There on that corner I silently stood,
I felt so blue as the crowds hurried by,
Nobody knew how I wanted to cry.

2. All Alone (Text: Irving Berlin, 1924)
Just like a melody that lingers on,
You seem to haunt me night and day.
I never realized till you had gone
How much I cared about you.
I can’t live without you.

All alone, I’m so all alone.
There is no one else but you.
All alone by the telephone
And I wonder when you will call again.
I’m all alone ev’ry evening,
All alone, feeling blue,
Wond’ring where you are, and how you are,
And if you are all alone too.

Just for a moment you were mine, and then
You seemed to vanish like a dream.
I long to hold you in my arms again.
My life is very lonely,
For I want you only.

I’ll be carried to the new jail tomorrow,
Leaving my poor darling alone,
With the cold prison bars all around me
And my head on a pillow of stone.

Now if I had the wings of an angel,
Over these prison walls I would fly,
And I’d fly to the arms of my poor darlin’,
And there I’d be willing to die.

4. Tea for Two (Text: Irving Caesar, 1924)
I’m discontented with homes that are rented so I have invented my own.
Darling this place is a lover’s oasis where life’s weary chase is unknown.
Far from the cry of the city, where flowers pretty caress the streams,
Cozy to hide in, to love side-by-side in.
Don’t let it abide in my dreams.

Picture you [me] upon my [your] knee, just tea for two and two for tea,
Just me for you and you for me, alone!
Nobody near us, to see us or hear us,
No friends or relations on weekend vacations,
We won’t have it known, dear, that we have a telephone, dear.

You are revealing a plan so appealing I can’t help but falling for you,
Darling, I planned it; can’t you understand it is yours to command it, so do.

5. April Showers (Text: B.G. Desylva, 1921)
Life is not a highway strewn with flowers,
Still it holds a goodly share of bliss,
When the sun gives way to April showers,
Here is the point you should never miss.

Though April showers may come your way,
They bring the flowers that bloom in May
So if it’s raining have no regrets
Because it isn’t raining rain you know, it’s raining violets,
And where you see clouds upon the hills,
You soon will see crowds of daffodils,
So keep on looking for a blue bird
And list’ning for his song,
Whenever April showers come along.

I have learned to smile when skies are gloomy,
Smile although my heart’s about to break,
When I know that trouble’s coming to me,
Here’s the happy attitude I take.

* the lyricists and composers of the original songs:

← Chorale Fantasias from Vespers The Bremen Town Musicians, for Orchestra →