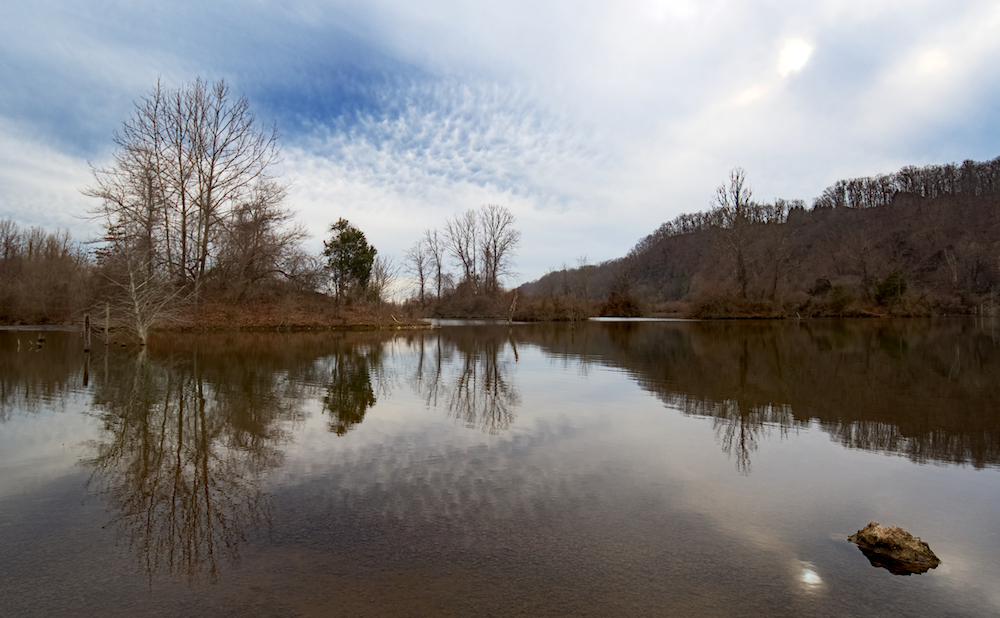 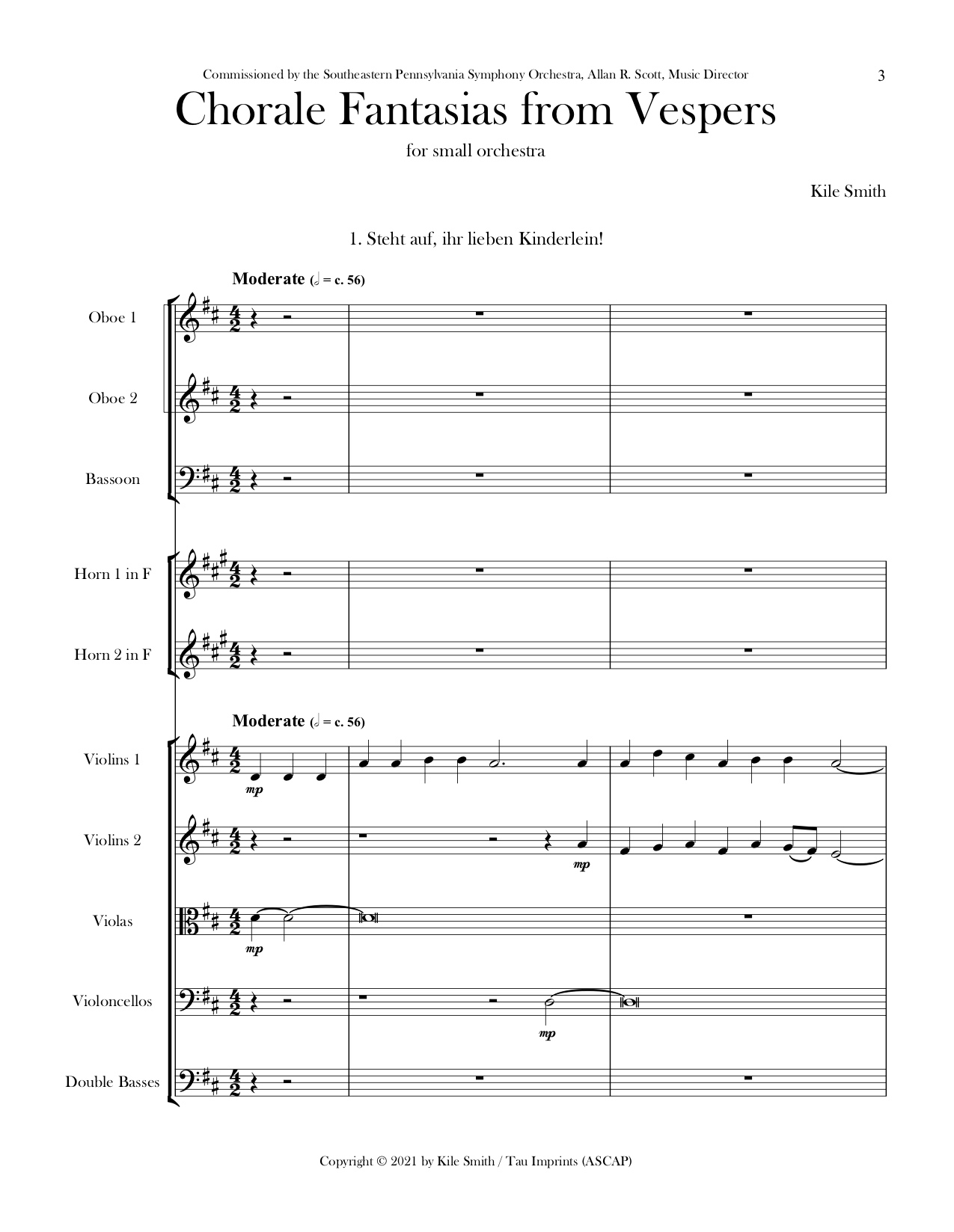 These are the four instrumental-only movements from Vespers, my 2008 work for choir and Renaissance band inspired by the music of the Lutheran Reformation. It is re-orchestrated here for small orchestra at the request of Allan R. Scott, music director of the Southeastern Pennsylvania Symphony Orchestra for their livestreamed concert series of the 2020–2021 pandemic season. The oboes, bassoon, horns, and strings were the maximum number of players the SPSO could, following health protocols, safely fit on stage.

The movements were re-ordered for this work. It ends with “In dir ist Freude,” but with a rewritten ending more suitable for this concert piece. The movements are mostly called “sonatas” in Vespers, from the original meaning of “sounding” works for instruments rather than sung music. But they are, in fact, chorale fantasias, a form taking many shapes by composers using Lutheran chorales, for works such as organ preludes, for instance.

“Steht auf, ihr lieben Kinderlein!” is unknown outside of German hymnals. The 1560 tune is by Nikolaus Herman. My own translation of the first verse is:

Get up, dear children, see what cheers:
The radiance of the morn appears!
The hero’s glory, now unfurled,
You freely see throughout the world.

It is a five-voice sonata in the original. Piffaro, who commissioned Vespers, has often played this movement separately on their concerts.

German-language hymnals are also the only places to find “Nun danket all und bringet Ehr.” The great hymn writer Johann Crüger composed this tune in 1653. Orchestrating this probably took the most work of all the movements, because of the intricacy of the triple canon (a canon at the third below, a perpetual canon at the fifth below, and a canon at the octave), and also because the original was so very wedded to the particular characters of the Renaissance instruments. They have their own spin and color, so merely copying their lines to modern instruments would produce too thick of a sound.

Since it is freely and wildly polyphonic, and the canons are independent, time signatures and barlines almost get in the way. Each canon pair is in its own meter, and some of the meters keep shifting at that. This demands the utmost in concentration from players and conductor, even when, in this version, some of the beats are reinforced. Here is my translation of the first verse:

Now raise your thanks up to the Lord,
Dear people from all lands,
And blend your praise in one accord
With heaven-ringing bands.

“O süßer Herre Jesu Christ,” a seven-voice sonata in Vespers, breaks nicely for strings alone, with both the first and second violin sections further divided. It is from 1531, text and tune by a Bohemian Brethren pastor, Michael Weisse. It appears in Moravian hymnals with the text “O Jesus Christ, Our Gracious King.”

One of the most popular of chorales is in hymnals around the world. “In dir ist Freude” will be known in the US as the music for “In Thee Is Gladness.” An interesting case, this melody. There’s a myth that Lutheran chorales were tavern songs, sanctified with religious texts. The Reformation’s melodies are however, usually reworked Latin chants, German religious folk tunes, or original.

But “In dir ist Freude” is one of the notable exceptions. From a collection of dances written by the quite non-Reformation composer Giovanni Giacomo Gastoldi in 1591 that swept Europe, this tune appeared in an Erfurt hymnal in 1598.

My Vespers setting was for five voices, with a Renaissance guitar entering halfway through to keep the rhythm. A theatrical moment in those performances was Grant Herreid standing up in the middle of the recorders and dulcians, strumming that small guitar. So, my first thought was to employ violin strumming here, and I changed the key from F major to the more string-strumming-friendly one of D major.

Upon further consideration, however, I decided rather to bring in the winds of the orchestra at that moment, playing the rhythms of the Renaissance guitar. I ended up staying with the key of D as it fit better with the other movements, and for all that did relent with two strummed chords in the violins and violas, before the new ending.