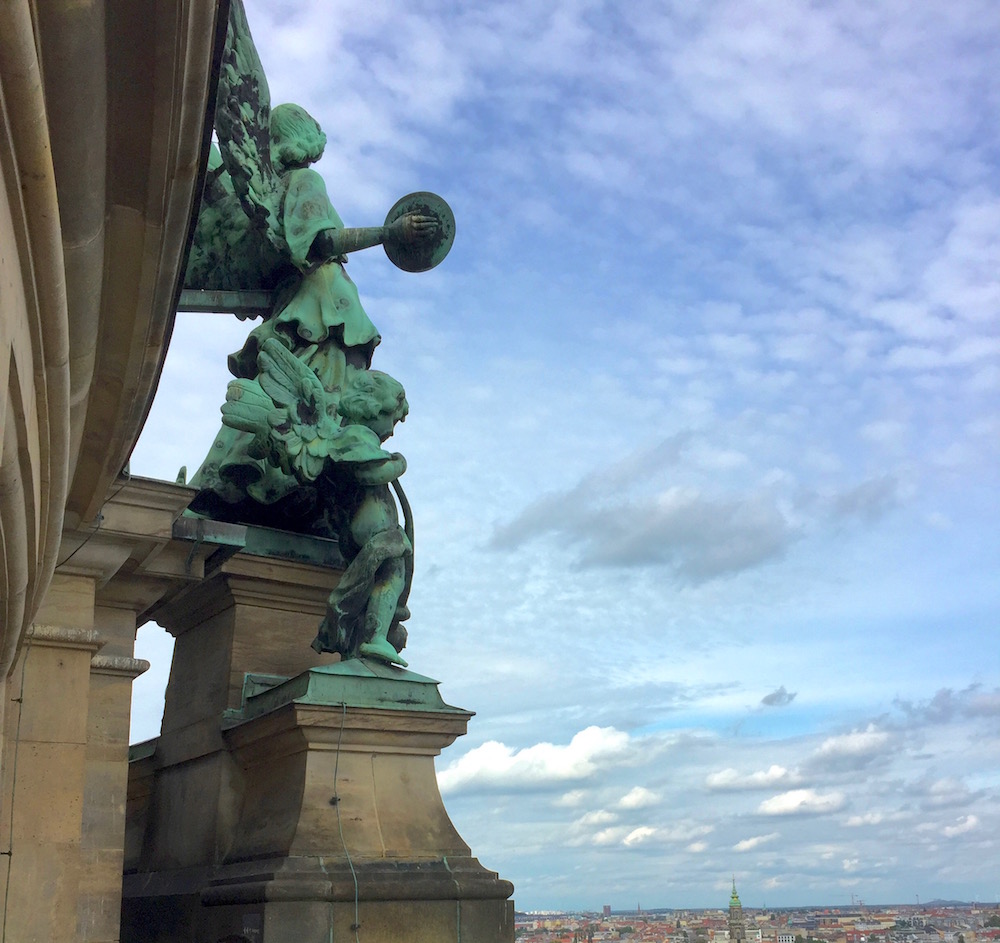 Kyrie and Gloria Patri. For congregation and organ, with cantor or choir (opt. SATB). The choir may sing in parts or unison. In the Kyrie the choir or a solo voice may be cantor. Separate congregation part available for bulletin. Commissioned by the Presbyterian Church of Chestnut Hill, Philadelphia, Daniel Spratlan, music director, and Cynthia A. Jarvis, minister.

I have composed a Kyrie, a “Lord, have mercy,” before, in the Mass for Philadelphia, but never a separate Gloria Patri (the words traditionally end Magnificat settings, and I do have several of those). Dan Spratlan has begun to commission settings for his Presbyterian Church of Chestnut Hill, and asked me for one, to be used beginning in the fall of 2017.

It is bliss to write challenging music for professionals, but is in some ways even more delightful to write successful music for amateurs. The largest group of amateurs who sing new music every week is the church congregation. I’ve composed hymn and liturgical settings for congregations most of my career.

While the difference in musical abilities between amateurs and professionals may be great, the composer’s challenge—and honor—is always the same: to serve them, to help them sound their best, and to reveal truths.

The musical opportunities in small forms like this Kyrie and Gloria Patri are as profound as one wishes to make them. To create dramas through the text while not obscuring the line is a useful craft no matter what the music is, but the task is heightened in music for a congregation, since the moment a congregation is unsure of itself, it stops singing. The music must always support and encourage the congregation, and thankfully, every facet of music is available to assist in that task.

I’ve done something slightly new in this. It is not unheard of in choral music, but it doesn’t happen often, where voices will depart here and there from a “doubling” accompaniment. You’ll see an example in the alto line in measure 5 above, at “have”; the altos sing a D while the organ plays a C. It is not only to avoid the direct 5th (and avoiding those as we were taught is, yes, generally a good idea—although I kept it in the organ part). There were other ways to fix that fifth. No, it rather comes out of thinking of the choir and organ as part of an ensemble—an orchestra, if you will—where lines follow their own lights and are not simply copies of each other. I first noticed this only a few years ago in a Wagner chorus I was singing. The choral bass part did something other than what the orchestral basses were playing (and what I’d expected), and it charmed me.

If an SATB choir is available, it will sing what it sings and won’t get in the way of the congregation. And that’s the other challenge the composer is constantly trying to solve—to get out of the way.

(The Gloria Patri is in G major and the Kyrie is actually in a mode, G dorian, even though it ends more on B-flat. A certain fuzziness in cadencing can be appropriate, I feel, if that conflict in mood helps to drive home the feeling of the text. A Kyrie should offer comfort only with the knowledge that one who is unworthy of comfort falls completely on mercy. That is why I do not hear the last chord as an add 6 (Bb+6) or a Gm7/Bb, even though it is both of those. I’m not sure, in this context, what the chord is.)

Glory be to the Father and to the Son and to the Holy Spirit,
as it was in the beginning, is now, and ever shall be, world without end. Amen.

[I took the photo above from the Berliner Dom, the Berlin Cathedral, 18 Aug 2017]

← You Are Most Welcome Mass for Christmas →