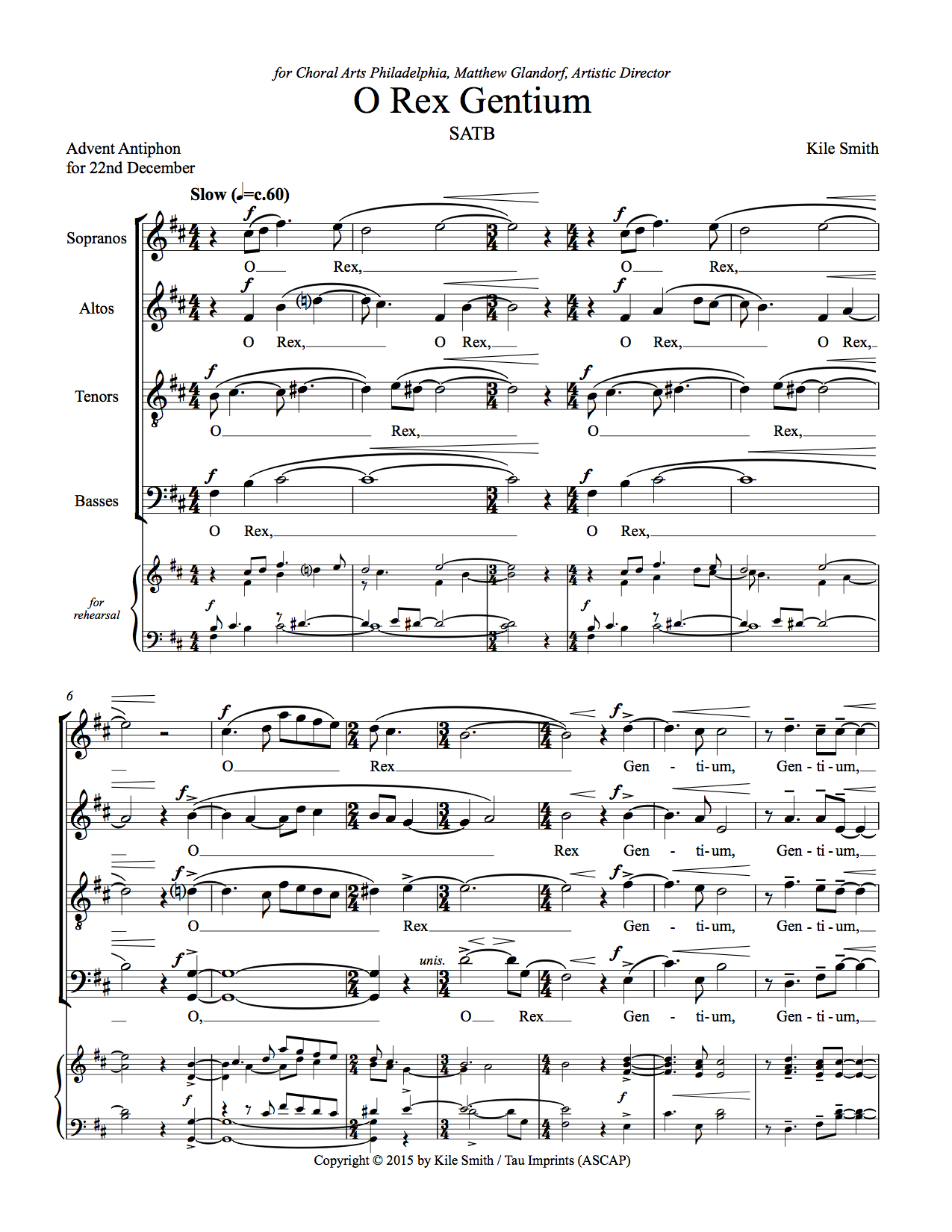 What a glorious idea from Choral Arts Philadelphia and their artistic director Matthew Glandorf: a set of new O Antiphons for 2015. I was honored to be included in the group of composers selected : Melissa Dunphy, David Ludwig, Riho Maimets, Anthony Mosakowski, Mark Rimple, and Daniel Shapiro.

I’ve been assigned O Rex Gentium, and my setting, as I say in the promotional video below, was inspired by, of all people, Bruckner. I don’t know why I say “of all people,” except that it was a surprise to me. His musical audacity is matched, I believe, by his profound insight into texts. My work became not so much a plea for unity as a cry of impatience that we are not, in fact, unified.

O King of the Nations, and their desire,
the cornerstone, who makes both one:
Come and save mankind,
whom you formed out of the clay.

Two aspects of the text challenged me above all others, one obvious and one not. The obvious challenge was to create two musical identities which I would then try to “make one.” This I did mostly by tweaking the tonality—juxtaposing a D and a D#, or an A and A#—and then trying to resolve these impertinences by the end.

The aspect that surprised me, however, was when “Come and save mankind whom you formed out of the clay” started sounding very much like the psalmists and prophets who call on God to save by accusing him of creating the problem in the first place. These flashes of anger against God are common, I believe, to saints of every age, and became my model for O Rex Gentium.

(The chant in the video below is lovely but not mine!)

Matt assigned the Antiphons, which are brief, non-scriptural texts inspired by names or descriptions of Jesus found in Scripture. The texts are used in evening Advent services in the week just before Christmas. More about them here, but here’s the list:

Here are program notes for the concert. Matt conducted Choral Arts in the premiere Wednesday, December 2nd, 2015, at St. Clement’s Church in Philadelphia. Thanks to the Theodore Presser Foundation for supporting these commissions.

← Canticle Rejoice in the Lamb →