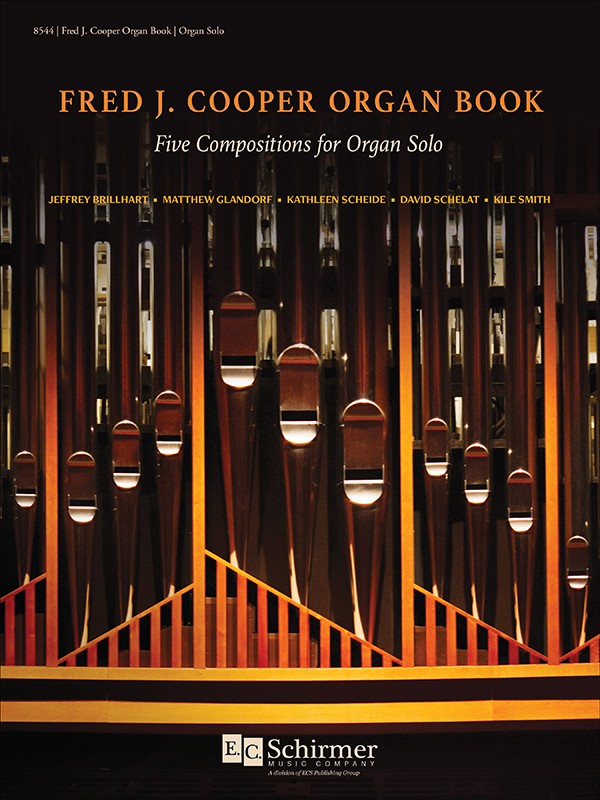 “A lovely setting appropriate for both liturgical and concert use … sparse but compelling harmonies … a signature sense of Americana reminiscent of Aaron Copland. … This is six minutes of pure musical bliss that brought tears to this reviewer’s eyes.”—Jeffrey Schleff, The Diapason, June 2020

I was commissioned, along with four other composers—Matthew Glandorf, David Schelat, Kathleen Scheide, and Jeffrey Brillhart—to write a work for the Fred J. Cooper Memorial Organ in Verizon Hall, Kimmel Center, Philadelphia, to help celebrate the 10th anniversary of the organ’s installation.

Although the works were meant to be standalone pieces, we were assigned an order and a description of the types of pieces desired. Overall, the AGO chapter requested music that would serve for as many occasions as possible, not just for the sacred services for which most organ literature is created.

The description assigned to me was “Slow and introspective, perhaps an aria.” The title, Perhaps an Aria, tempted me greatly, along the lines of President Eisenhower’s famous quote to Leonard Bernstein, “I liked that last piece you played; it’s got a theme. I like music with a theme, not all them arias and barcarolles.” Bernstein then wrote, of course, his Arias and Barcarolles.

But I turned from Perhaps an Aria and settled on Reflection. I recall that, in early drafts of the piece, literal reflections of the rising melodic intervals of thirds, fourths, and so on appeared, but except for echoes buried deeply, those did not survive the compositional process. Nevertheless, the title stands, taking its place somewhere between a sacred Meditation and a secular Reverie.

The wonderful organist David Furniss, Dean of the AGO Philadelphia Chapter, premiered this on June 10th, 2017, as part of the Organ Day celebrations at Kimmel’s Verizon Hall. The five works in this Fred J. Cooper Organ Book are published by ECS Publishing to coincide with the premiere. Here, David rehearses the piece on the Fred J. Cooper Memorial Organ the day before the premiere, and below, the first page of my score, before going off to the engravers: 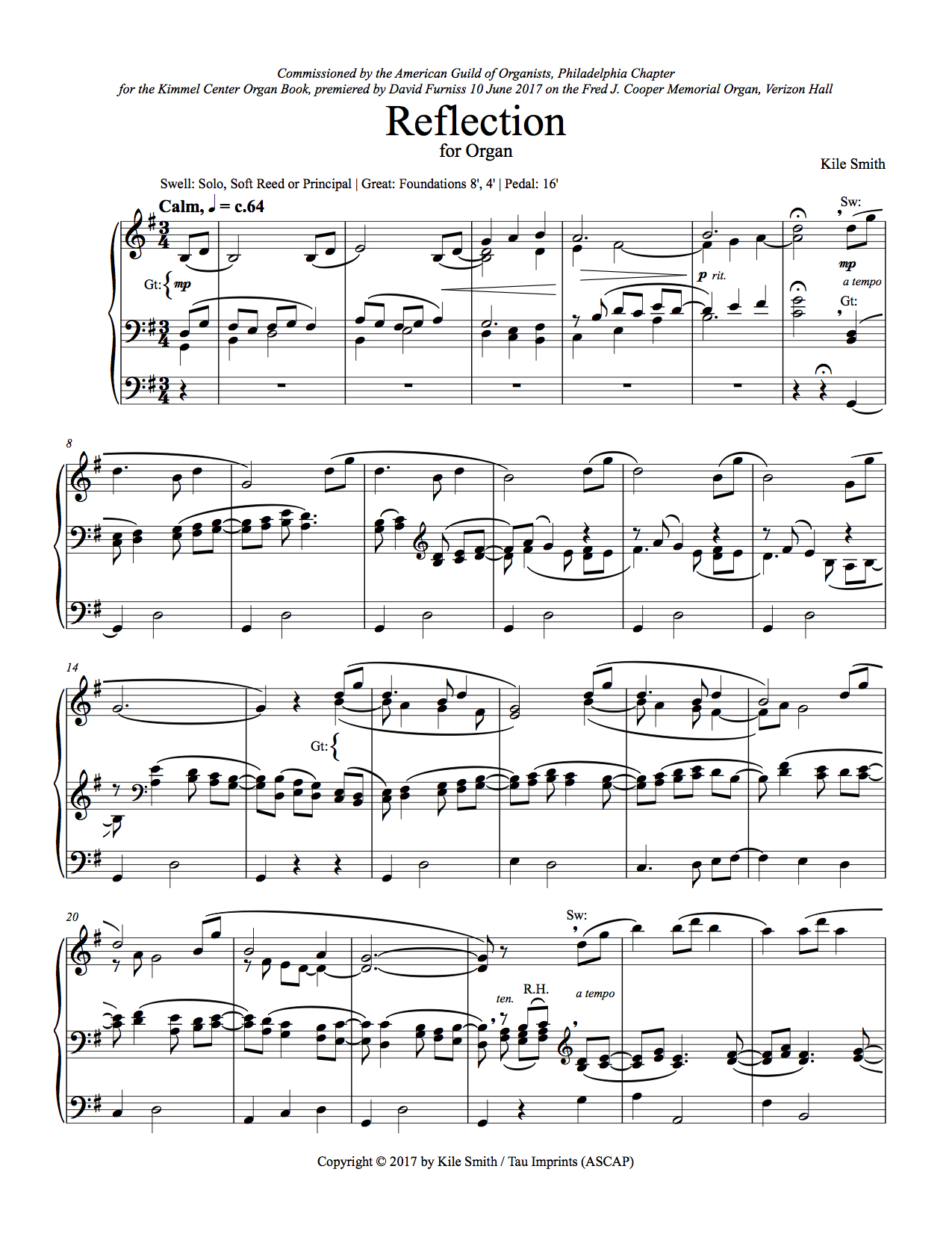