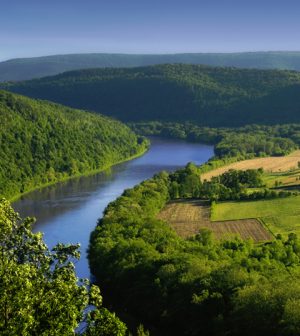 Thanks to Paul DeLuca for putting this together!

Susquehanna was the first and last title I chose for this piece. Well, every title is the last choice, I suppose, but while Susquehanna was commissioned to celebrate the 40th Anniversary of the Susquehanna Symphony Orchestra, I rejected the title as soon as it had occurred to me. 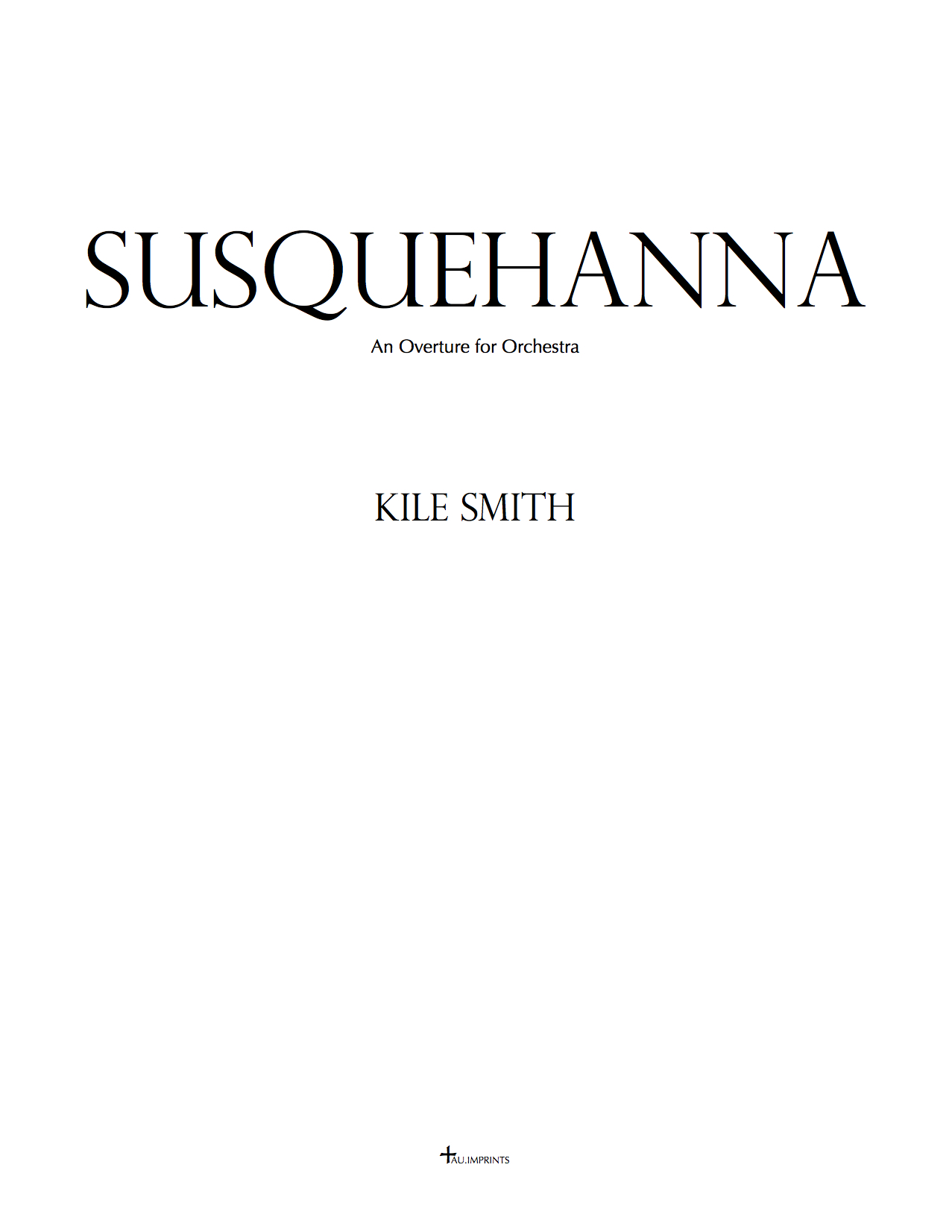 We’re used to Native American place names in this part of the country, but I wasn’t sure if Susquehanna would hold any attraction to anyone outside of Pennsylvania and Maryland. I cast about for other ideas. The 40th is the ruby anniversary, but Ruby reminded me of the Kenny Rogers song. It also sounded like I was trying to steal a title from Michael Torke, he of the many excellent color titles for his brilliant pieces, so I let it go. Generic, celebratory titles also did not appeal to me.

Going back to the Susquehanna River for which the orchestra is named (it empties into the Chesapeake very near the orchestra’s home in Bel Air, Maryland—I also toyed with Bel Air and Havre de Grace, come to think of it), I found that the Lenape words making up the name mean “oyster river.” I love oysters, especially raw, but I had hoped for something more appropriate to the occasion. My research brought me to the realization that I knew next to nothing about the Susquehanna. I knew it came from somewhere in New York State, went through Harrisburg, Pa., to the Chesapeake. That’s true, but an oversimplification. The closer I looked, the more fascinated with the Susquehanna I became.

It begins exactly in Cooperstown, exiting from Lake Otsego (also called Glimmerglass), not all that far from where my wife grew up. (Jackie was east of there, at the headwaters of the Delaware, and I grew up near the Delaware in South Jersey, but those are other stories.) The Susquehanna then slants southwest and drops, indeed, into Pennsylvania. Pennsylvania seemed to be so happy to welcome it, that it built a town right there and called it Susquehanna. But the river changes its mind and jumps right back into New York. This is what I never got before. It goes back up, to Binghamton, and then meanders around in South Central New York for a while, before swinging back, southeast, finally into Pennsylvania and coal country.

Between Scranton and Wilkes Barre it tacks southwest again, and is soon joined by the Susquehanna West Branch, having risen up well over in west central Pennsylvania, almost as far as DuBois and Punxsutawney. Up and down it winds, and just above Selinsgrove and Sunbury is where it decides to join the main branch. By now this is one seriously large waterway, barreling past Harrisburg, where Sheldon Bair grew up, and past Elizabethtown, where he went to college. Under Rt. 81 and under the Pennsylvania Turnpike is where most people will see the grand expanse of this river, as it heads in a fairly straight and wide southeastern shot, on into Maryland and the Chesapeake.

It is the longest East Coast river in the U.S. that empties into the Atlantic. It is also (I have no idea how they calculate this) one of the oldest rivers in the world. The river is older than the mountains it snakes through; how do they know that. Susquehanna, I now thought, was an excellent title.

The music follows an emotional traversal of the river’s course, but the main tune at letter H, introduced by the solo horn, has another source. Last year I wrote a hymn tune for the dedication of a new division of pipes in our church. I was in the early stages of thinking about the orchestra commission, and a few days after I finished the hymn, I knew that the tune was exactly the type of thing I needed for that spot in (what would be called) Susquehanna. There are some meter changes in the hymn because of how I handled the text, which I thought I would even out for Susquehanna, but it resisted every attempt at smoothing. So the meters stayed.

The music at the beginning of the piece I composed on top of, as it were, the hymn tune, with the idea that they could be played together near the end. The beginning is in D, the hymn is in G. Getting back to D should be an easy task, but my first attempts were unsatisfactory. I solved it with an unusual modulation. At letter K, at the full restatement of the beginning D major music, I underlay it with a strong pedal point of G, not D, which continues until the G major chord already in the theme arrives, nine bars later. Then it proceeds as normal, feeling, I do believe, as if it carries everything along with it, into Havre de Grace and the bay.

← The Bremen Town Musicians Where Flames a Word →