There’s a Land Beyond the River, clarinet and piano 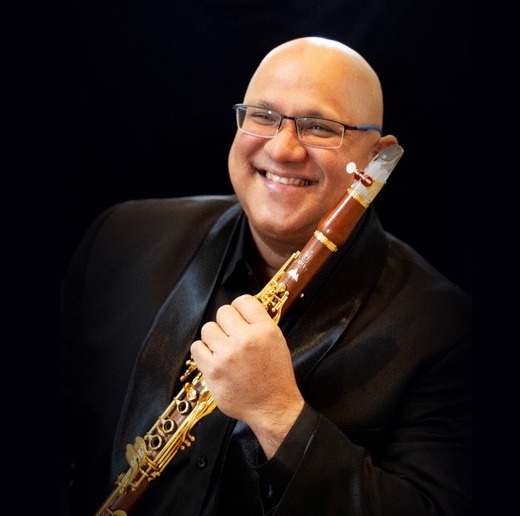 The music for this began in 2007 as the Air from Air and Jig for viola and English horn, in memory of violist Anthony Simmons. The Air I called “I’m Away for the Western Isles,” the first line of a poem I never wrote, but which would be the putative text behind the melody. Taking out the tune again in 2020 to work up a simple song, I began to write an actual “I’m Away for the Western Isles” poem as lyrics but soon recalled the great Gospel hymn themes of crossing over the river, of crossing the River Jordan. So, to avoid writing a poem I started looking for Gospel song texts, and found “There’s a Land Beyond the River.” I adjusted a couple of words for rhythm’s sake, constricted the tune so that it could be easily sung, and wrote out harmonies implied by the viola/English horn original. Into the piano’s right-hand I word-painted “the golden bells” of the text.

Around this time the widow of my friend Sid Grolnic asked if I could put together music for Sidney’s graveside service, which on April 14th, 2021 would be the one-year anniversary of his passing. I transcribed my new song “There’s a Land Beyond the River” to unaccompanied violin—the melody liberated from the vocal range restriction back to its fiddle-tune roots—and Joseph Kauffman played it at the service. The form expanded somewhat with a truncated repeat.

As I was working on that, Ricardo Morales, Principal Clarinet of the Philadelphia Orchestra, played the Copland concerto with the Helena Symphony under Allan R. Scott on March 25th. He would also be performing the Copland on May 8th with the Southeastern Pennsylvania Symphony Orchestra, which Allan also conducts. Being the SPSO host during the pandemic 2020/21 season, I watched the Helena concert partly as research to prepare my remarks. Ricardo’s Morton Gould encore (one of the peppy clarinet and double bass duos from Benny’s Gig) inspired me to ask Allan if I might write Ricardo an encore for the SPSO concert, adapting an older work to clarinet and piano that would be both forward-looking and in the spirit of Copland. Allan and Ricardo both liked the idea.

So that is how this version, written with Ricardo’s beautiful playing in mind, came to be.

The tune comes out of the violin reclamation of the original, and the piano part grew out of the vocal accompaniment. I transposed it to a congenial key for clarinet, and added an introduction and coda. The piano part took some sculpting, and I gave it a bit of the tune, allowing some space for brief clarinet flourishes.

A violist from the SPSO, who was onstage for Ricardo’s encore, told me that she’d love to have a viola version of this, so it seems the music is coming round full circle.

The text of the song, which is behind what the clarinet is playing:

There’s a land beyond the river
That we call the sweet forever,
And that shore, we will reach it one day
If we travel onward faithfully.

One by one we will gain the portals,
There to dwell with the immortals.
Can you hear them calling to us,
As they ring the golden bells for you and me.

← The Bremen Town Musicians, for Orchestra There’s a Land Beyond the River, solo violin →