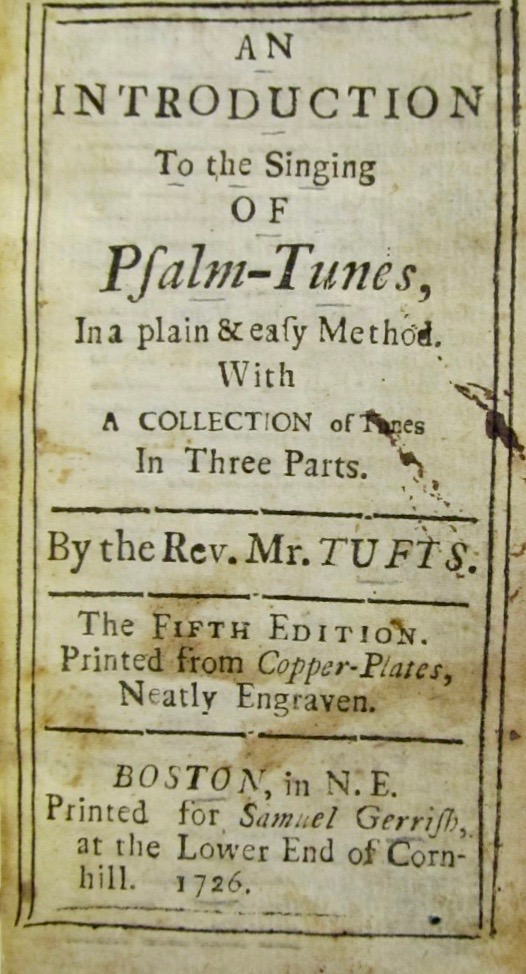 Thrice blest was commissioned by David Yang, Ensemble Epomeo, and the Newburyport Chamber Music Festival and is based on “100th Psalm Tune New,” generally considered to be composed by John Tufts (1689–1750). Besides being a minister in Newbury, Massachusetts, he is important in American music because of Introduction to the Singing of Psalm-Tunes, with a Collection of Tunes in Three Parts, which he published in 1715, and in which he included this tune. The earliest extant edition dates from 1723, and “100th Psalm Tune New,” attributed to “Anon.,” is the ﬁrst known music written by an American. Its popularity is signiﬁed by its many reprintings in other tunebooks until at least 1813 (it was also called “Geneva” by Andrew Law). I quote the original setting, with only a few harmonic changes, at letter E.

The text often connected to the tune, “Thrice Blest the Man,” is from 1752, by John Barnard (1681–1770), also a Massachusetts clergyman. The hymn is a versiﬁcation of Psalm 1. Because the music follows the text in this composition, I’ve placed each verse in the score where it applies.

Thrice blest will be premiered on May 21st, 2010 by Ensemble Epomeo (Caroline Chin, violin, David Yang, viola, and Kenneth Woods, cello) at the Newburyport Chamber Music Festival, in Newburyport, Massachusetts.

Thrice blest the man who ne’er thinks ﬁt
To walk as wicked men advise,
To stand in sinner’s way, nor sit
With those who God and man despise.

Whose pious soul directs his way
By sacred writ, his sweet delight,
Through all the labors of the day,
And meditates thereon by night.

As planted trees by rivers’ sides
Yield timely fruit a vast increase,
So in fresh verdure he abides
And God his handiwork will bless.

But those that spurn at sacred laws,
Shall no such favor with him ﬁnd;
For God will blast them and their cause,
And whirl as chaff before the wind.

However in the Judgment Day
The wicked shall not stand the light;
Mix with the righteous shall not they,
Nor any formal hypocrite.

The Lord, who now with pleasure views,
Will then applaud the just man’s way,
But who his name and word abuse
Shall feel his wrath and melt away.

Until such time as I can post the real thing, here’s a midi version of it, with fake piano sound, which is at least tolerable, unlike fake string sound: 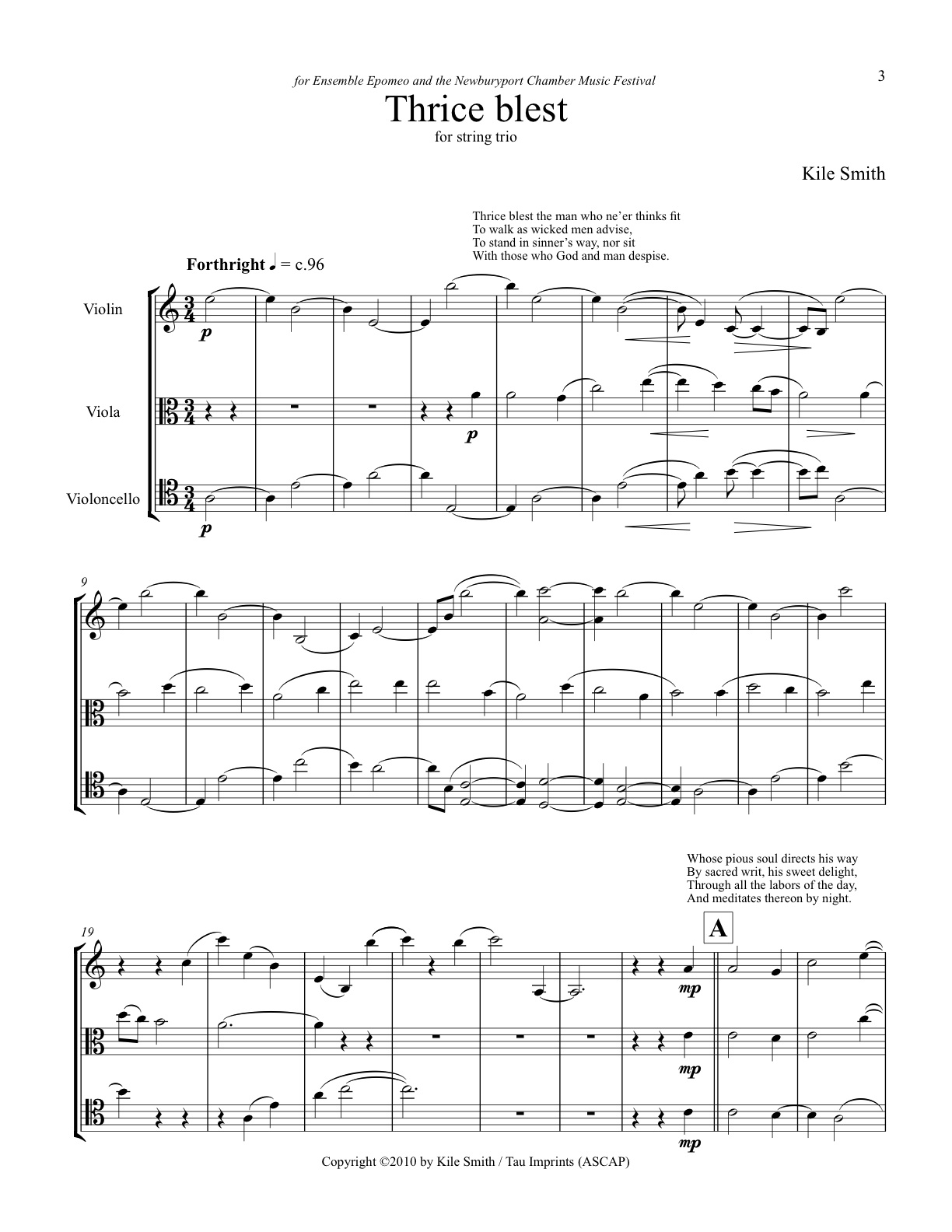