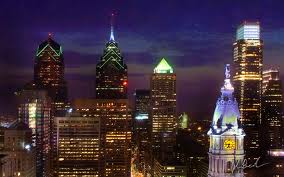 What a program Sunday afternoon! Lyric Fest’s “Old City—New Song II” at The Academy of Vocal Arts was a straight-up no-foolin’ art song recital, a heliotrope bouquet of tunes brand-new, kind of new, and new. They were all 20th- and 21st-century songs, and all the composers were connected to Philadelphia in some way.

The oldest were Menotti, Weisgall, and Bernstein. No, I’m wrong, Blitzstein slipped in (b.1905), one of the great surprises of the day, with “Sweet is the Rose.” Daron Hagen may be pleased to know that he followed Blitzstein, one of his influences. Daron’s “Echo’s Song” was gorgeous, his handling of “Our beauties are not ours” making my heart stop for a second. What a feel for line he has, he always has.

Sheridan Seyfried (b.1984) was the youngest, his “Love Song” a delight. Michael Djupstrom is not much older, and his “Spring Rain,” one of a few Sara Teasdale poems on the concert, had a confident pace and trust in the music doing its work.

Lee Hoiby’s “Goodbye, Goodbye World” was a heart-rending take on Thornton Wilder’s Our Town soliloquy. Lee died just last year. I was honored to have visited him at his upstate New York home a few times. He is a greatly undersold composer, but singers know and adore him. Ah, can he write a song.

Barber, Rorem, Persichetti, Schickele (as PDQ Bach), Danielpour, and Rochberg were represented well, and excuse my running past their deservedly known names. Benjamin C.S. Boyle, Curt Cacioppo, Andrea Clearfield, and James Primosch entranced the audience. Boyle and Clearfield had dramatic sweep and grandeur; Cacioppo’s “In Memoriam” was boiled down, inward pain, whispered. “Cinder” of Primosch masterfully balanced opposites. His orchestral canvasses are songs; it is only right that “Cinder,” well, it is a symphony.

Big premieres from Thomas Lloyd (“Ben Unleashed” humorously setting Ben Franklin aphorisms for the ensemble) and Allen Krantz (“From On the Road,” an energetic Jack Kerouac encomium) upped the ante on the afternoon.

Along with the Blitzstein, the other surprises were George Crumb’s early “Let it be forgotten,” stunning, and two ravishing songs by Romeo Cascarino. I know his music and perhaps shouldn’t have been surprised, but “The Shrine” and “Altar Candle” hold up to anything.

A very early song of mine, “On Zacheus,” from my Three Songs, No. 3, was sung with a passion that any composer craves. Soprano Kelly Ann Bixby sang this a couple of months ago, and went even further into it now. Is it the decades removed from the composing of it, or am I confessing something I shouldn’t by admitting that I was taken aback by the emotions in this Francis Quarles poem? It’s early (did I say that?) and, as I told a friend at the concert, “utterly naïve,” but I like it more now than ever. Quarles, the metaphysical poet from the time of John Donne and George Herbert, is always apt, succinct, and two steps ahead of you.

Kelly was one of the delicious singers on the program, along with mezzo Suzanne DuPlantis, soprano Randi Marrazzo (both co-founders of Lyric Fest, along with the redoubtable accompanist Laura Ward), tenor Thomas Lloyd (I had never heard the conductor sing before!), and baritone Jarrett Ott. Bless them all. They’ve blessed us: Lyric Fest has been kicking it for ten years now.