Prokofiev Moves Back to Russia

Discoveries from the Fleisher Collection broadcasts Saturday, May 4th, 2013, 5-6 pm on WRTI and wrti.org. 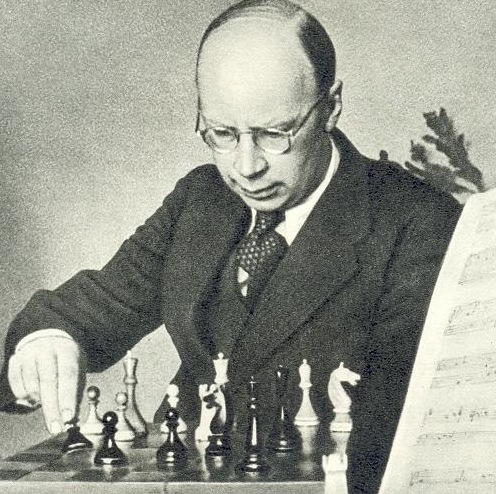 Sergei Prokofiev lived in Paris in 1936 but longed for Russia. He had never relinquished his Soviet citizenship in the years he was abroad; since 1918 he lived in the U.S., Germany, and France. He toured America, Europe, and the USSR often, playing piano in and conducting his growing repertoire of increasingly popular works.

He took an apartment in Moscow in 1932 but kept his home base in Paris. He actively sought new opportunities in the Soviet Union, and the country, in return, sought him. Lieutenant Kije, known from the often-played concert suite, was originally a film score commissioned in Russia. The Kirov (now the Mariinsky) Ballet Company in Leningrad asked him for Romeo and Juliet, but when financial troubles threatened to undo the project, the Bolshoi in Moscow took it over.

Their sponsorship of it was doubly auspicious, since he had first offered it to the Bolshoi. They had rejected it, at first, but were now changing their mind. The composer was thrilled by the turn of good fortune.

For years Prokofiev had been thinking about repatriating, and even kept a diary mulling the pros and cons of such a decision. He knew that the Soviet regime had a hot-and-cold relationship with its artists, writers, and composers. But he had, while living abroad, undergone a change in his compositional language. His music was less violent and more accessible than it had been in his younger days. If this was seen by the authorities to be friendly to their populist propaganda, well, so be it. He was writing what he wanted to. And with the government on his side, the building of his career ought to be easier than his trying to chase down opportunities on two continents by himself.

So in 1936 he moved back. And the government clamped down.

Prokofiev had given the Shakespearean tragedy a happy ending and friends urged him to rewrite it so as not to upset the powers. Pravda had recently gone after artists who tampered with tradition, and a happy Romeo would only be waving a red flag at a wary bull. So the ending was changed.

The word had already gone out that composers should be writing music for children. Prokofiev wrote Music for Children or Summer Day for piano and later orchestrated some of it into a suite. It follows a child’s life from morning through night with picturesque games and dances, ending on a moonlit meadow.

Prokofiev, like Shostakovich and others, would have a cat-and-mouse game with Joseph Stalin for the rest of his life. He wrote some of his best music in his homeland, while some made-to-order propagandist pieces are forgettable. In a final symbol of his struggle in his once and future country, Sergei Prokofiev died on March 5th, 1953. It took a long time for the country to notice, because Stalin died the same day.

Charlotte plays the original piano version of the “March” from Summer Day: